England and New Zealand square off against each other in the first Test at the Bay Oval. Both teams are beginning to unfurl a new rivalry with the ICC World Cup 2019 final being a major highlight. Their recently concluded T20I series also provided the spice for this series. While England has brought in a […]
By Dwijesh Reddy Thu, 21 Nov 2019 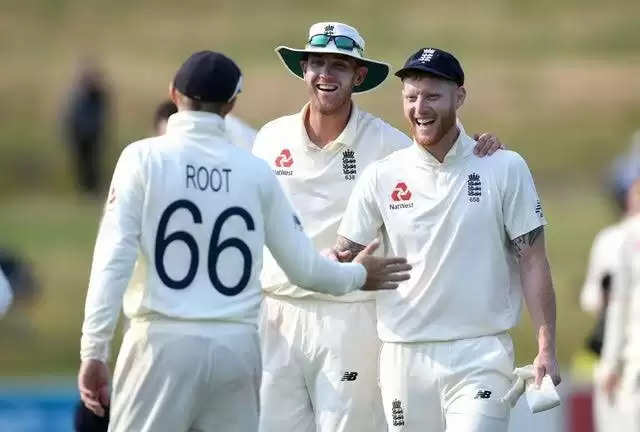 England and New Zealand square off against each other in the first Test at the Bay Oval. Both teams are beginning to unfurl a new rivalry with the ICC World Cup 2019 final being a major highlight. Their recently concluded T20I series also provided the spice for this series. While England has brought in a few new faces in Dominic Sibley and Zak Crawley, New Zealand looks to continue it’s good form in home conditions with yet another win. With this being the first Test being played at the Bay Oval, one can expect a thriller between two of the best sides in the world.

This is the first Test being played at the Bay Oval although another typical Kiwi surface should be on offer. Pacers should get ample swing from the overlying conditions although batsmen should feel at home once they get to terms with how the pitch behaves. Bowling first would be ideal as teams would love to make use of the overcast conditions with the new ball

Cloudy conditions should provide some help for the pacers which could be a major factor in the game. Although there has been some rain prior to this game, no such occurrence is expected during the course of the game with the weather forecast being perfect for a good game of cricket between England and New Zealand.

New Zealand, on the other hand, has a fixed combination for both away and home series. Tom Latham and Jeet Raval open the batting with Kane Williamson batting at three. Their middle order is also pretty strong with Ross Taylor and Henry Nicholls already enjoying a good 2019 so far. With Colin de Grandhomme in their side, they can even force the issue with the bat if required. Along with Boult and Southee, Neil Wagner is expected to get the nod for this game as New Zealand looks to battle fire with fire on Thursday.

England is set to hand a debut to Dominic Sibley, who should open the batting alongside Rory Burns. While Joe Root is expected to return to his favoured number four spot, England has a lot of batting depth as well. With Sam Curran expected to get the nod over Woakes, he will bowl alongside the new ball duo of Jofra Archer and Stuart Broad. Jack Leach will be the lone spinner for this game while Ollie Pope is also in line for a place in the side.

Ben Stokes has been England’s best player this year. He has already scored 627 runs this year in the Test format and should be able to add more runs to his tally in this game. While he is one must have player in the side, the likes of Joe Root and Kane Williamson are also viable options. BJ Watling is preferred over Jos Buttler while Colin de Grandhomme features as the second all-rounder in the fantasy side along with Ben Stokes. Swing king, Trent Boult and Stuart Broad should be able to make good use of the overlying conditions while Jofra Archer is certainly one to watch out for in this game. 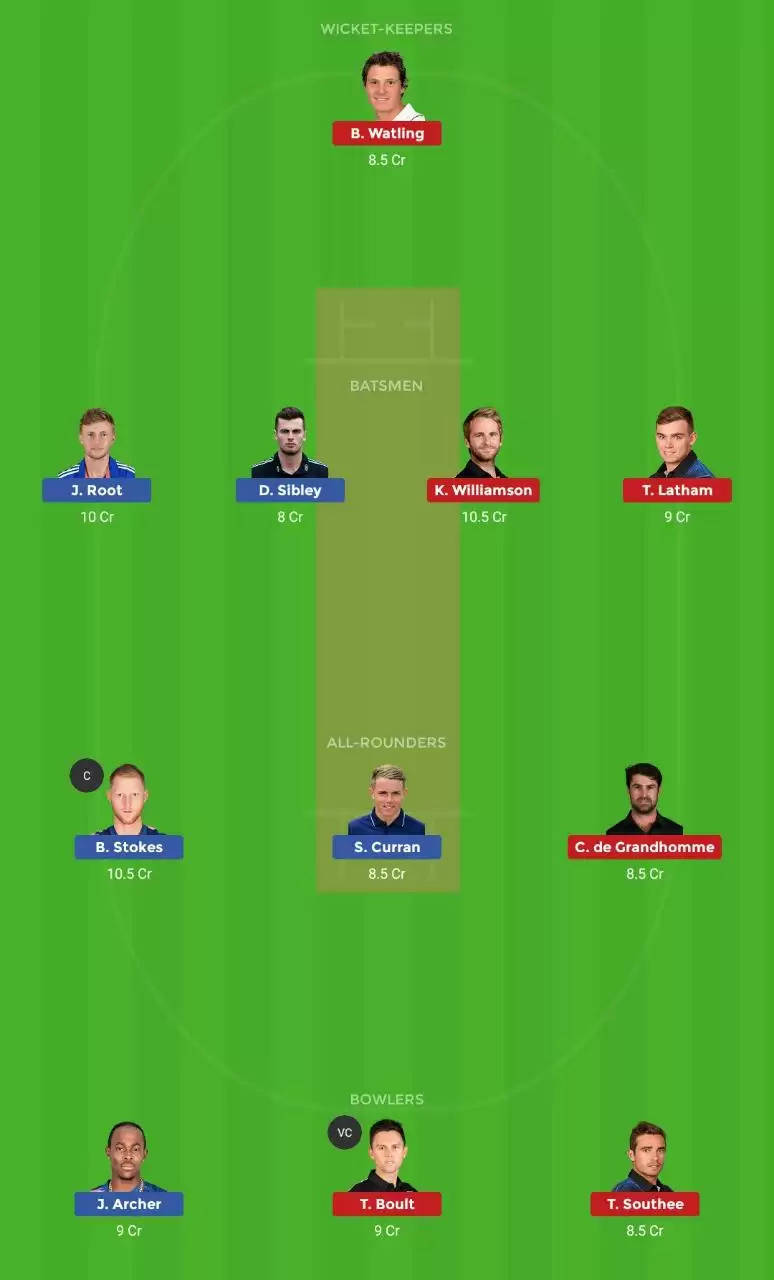