All you need to know about NZ vs IRE Dream11 Contest for the Super 12 encounter of the ICC Men's T20 World Cup between New Zealand and Ireland.
By Robin Sharma Fri, 4 Nov 2022 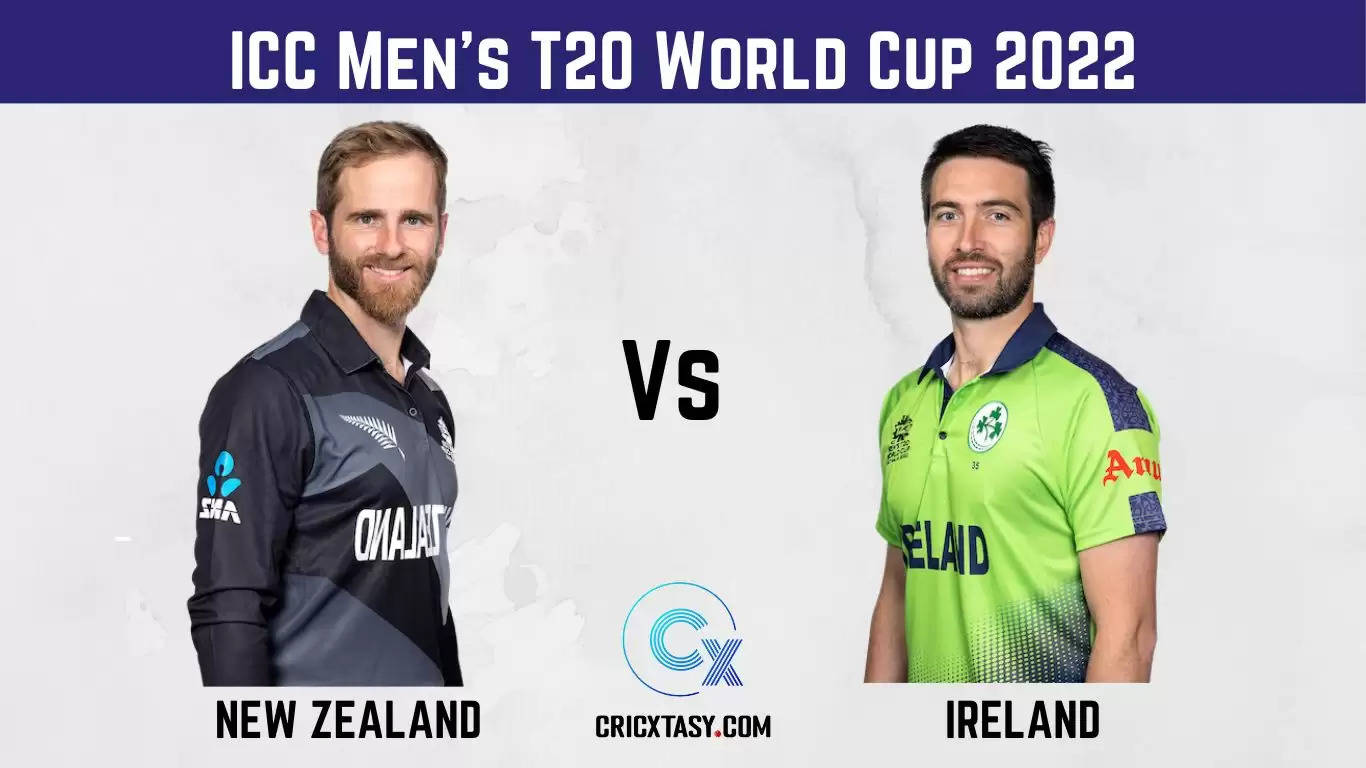 New Zealand is at the top of the points table in Group 2 with 2 wins and one loss in 4 games. They lost their last game against England but they are in a strong position and will look to win this game and confirm their place in the semi-finals. The openers did well in the first game but they’ve failed to get going since then. They will look to give a good start in this match. The middle order is in good form but it has been mainly because of Glenn Phillips. The others also need to step up with the bat.

They have a world-class bowling unit, especially the pace unit. Trent Boult, Tim Southee and Lockie Ferguson can go through any batting unit while the spin duo of Mitchell Santner and Ish Sodhi are in good form as well. The Kiwis will look to win this game and end the Super 12 round with a win.

Ireland, on the other hand, is out of the semi-finals race but they will be eying a win to end their T20 World Cup 2022 campaign with a win. They started off well but then lost track as a side. Their batting unit has been very inconsistent and that’s the main reason for their poor performance. They have failed to perform as a team consistently. Senior players like Paul Stirling, Andy Balbirnie and Mark Adair have been average in the Super 12 round.

Ireland has a talented bowling unit and they have been in decent form. Mark Adair has failed to pick wickets but Joshua Little has been brilliant and Barry McCarthy has assisted him quite well. Ireland will look to give their all in this match.

Adelaide is the best venue for batting in Australia. The batters will love the short square boundaries and the ball coming onto the bat nicely. There will be something for the pacers with the new ball but overall the batters will dominate at this venue. The average first innings score here is 157 runs. Chasing sides have won 3 out of 7 T20Is played here.

New Zealand will be the favourites to win this game as they are far more experienced in big games and are also a superior side in terms of quality. 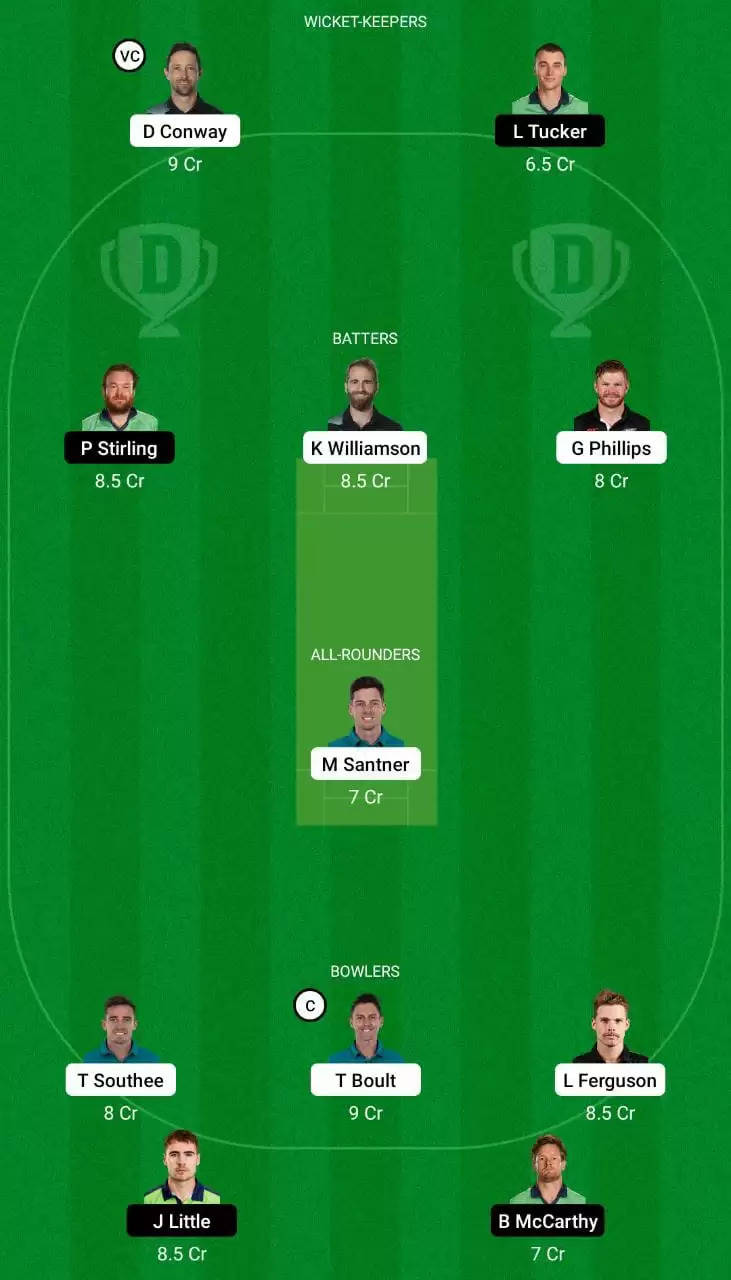 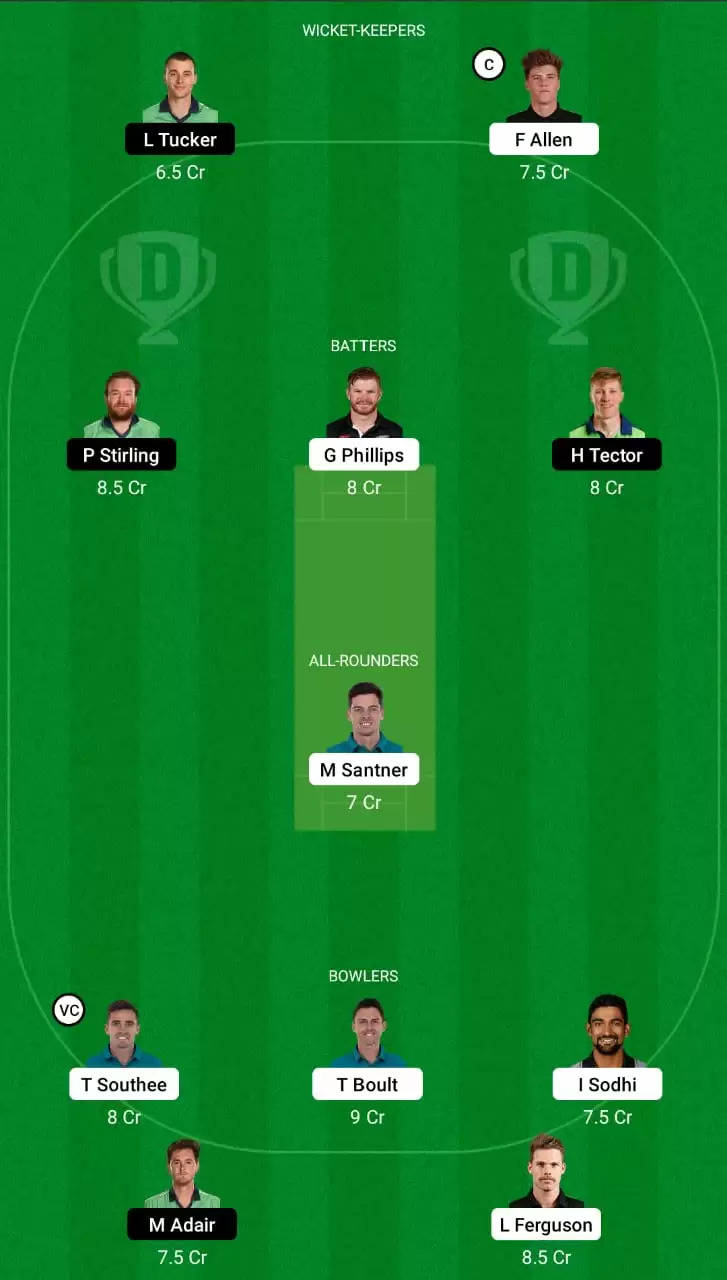 Which Contests to Join for NZ vs IRE Dream11 Match