Get NZ vs PAK Dream11 Prediction, team and tips for the semi-final of the T20 World Cup match between New Zealand and Pakistan.
By Robin Sharma Wed, 9 Nov 2022 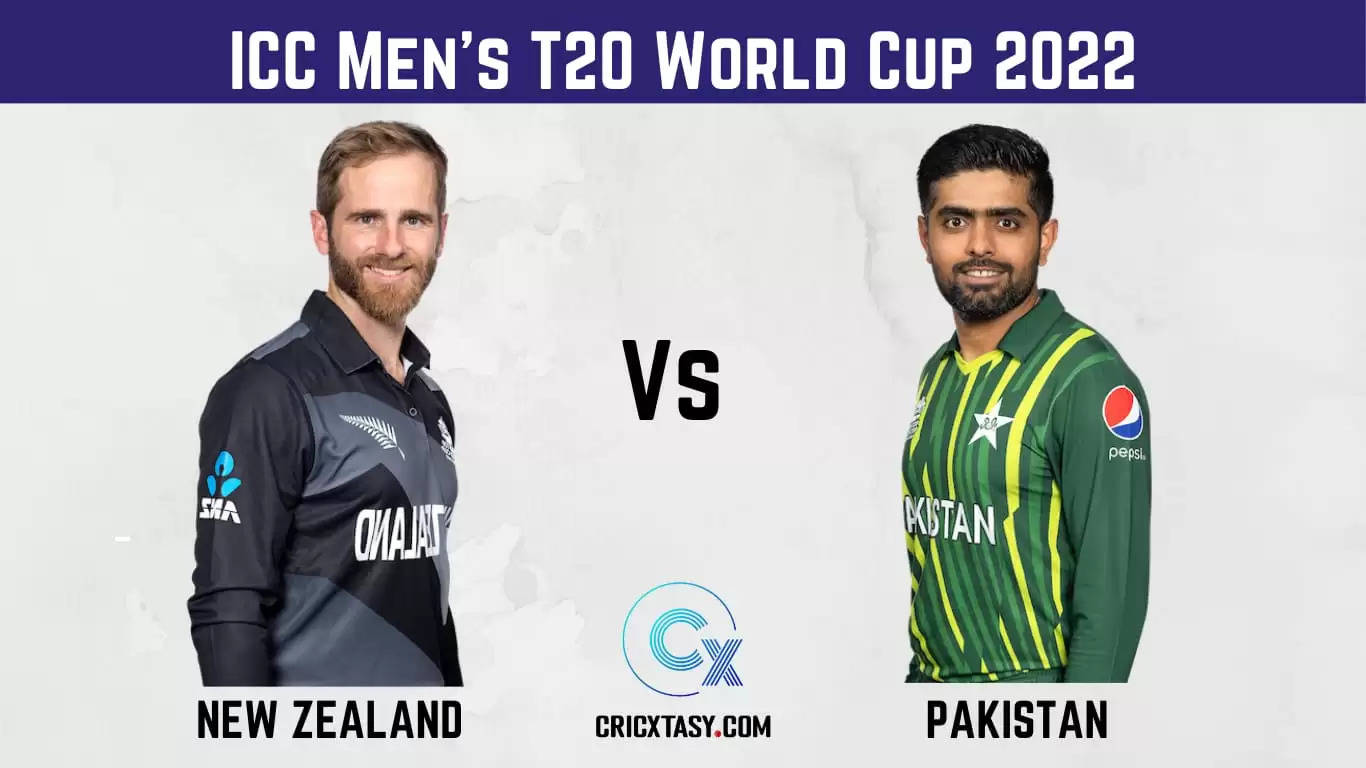 This will be the 1st semi-final of the ICC T20 World Cup 2022. New Zealand has done well as a team in the Super 12 round and they’ll look to continue that in this match as well. Their batters have done well but some of the batters have been inconsistent. Devon Conway has looked off-colour since the first game. The same goes for Finn Allen as well. Glenn Phillips is the only consistent player in the middle order.

The bowlers have been in terrific form, especially the pacers. But, Trent Boult has been wicket-less in the last two games and he’ll look to bounce back strongly. Tim Southee and Lockie Ferguson are looking in good form. Mitchell Santner and Ish Sodhi have done a great job in the spin department.

Pakistan, somehow, has qualified for the semi-finals. They have improved a lot in the last couple of games but still there is room for improvement. Their openers have failed to get going and it’s a big concern for them but the good thing is that the middle order has done a great job. Shan Masood, Iftikhar Ahmed, Shadab Khan, Mohammad Nawaz and now Mohammad Haris have scored when the team has required them to.

Pakistan’s bowlers have been in top form. Shaheen Afridi has been in great form in the last two games while Haris Rauf and Mohammad Wasim Jr have been consistent with the ball. Naseem Shah’s form has been hot and cold. Shadab Khan has been exceptional with the ball in the spin department. Mohammad Nawaz hasn’t bowled much due to match-ups but he is also in good form with the ball.

Sydney is a good venue for batting. The ball will come onto the bat nicely allowing the batters to play their shots. There will be some movement with the new ball for the pacers while the spinners will come into play as the game progresses. The average first innings score here is 145 runs but it’s expected to be higher than that in this match. Teams batting first have won 5 out of the 6 games played here in this tournament.

Both teams are evenly matched and it’s very difficult to predict a winner of this match. New Zealand, however, is expected to win this game as they are looking more balanced as a side while Pakistan has had their struggles in the batting department. 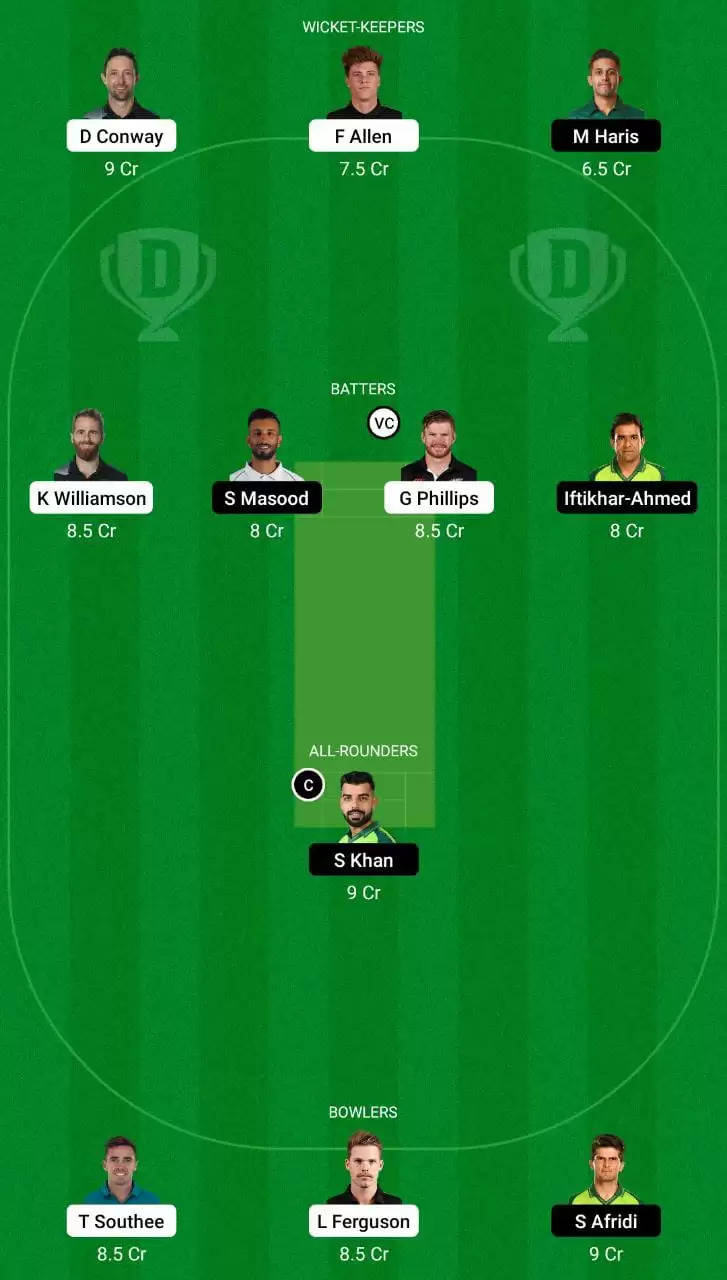 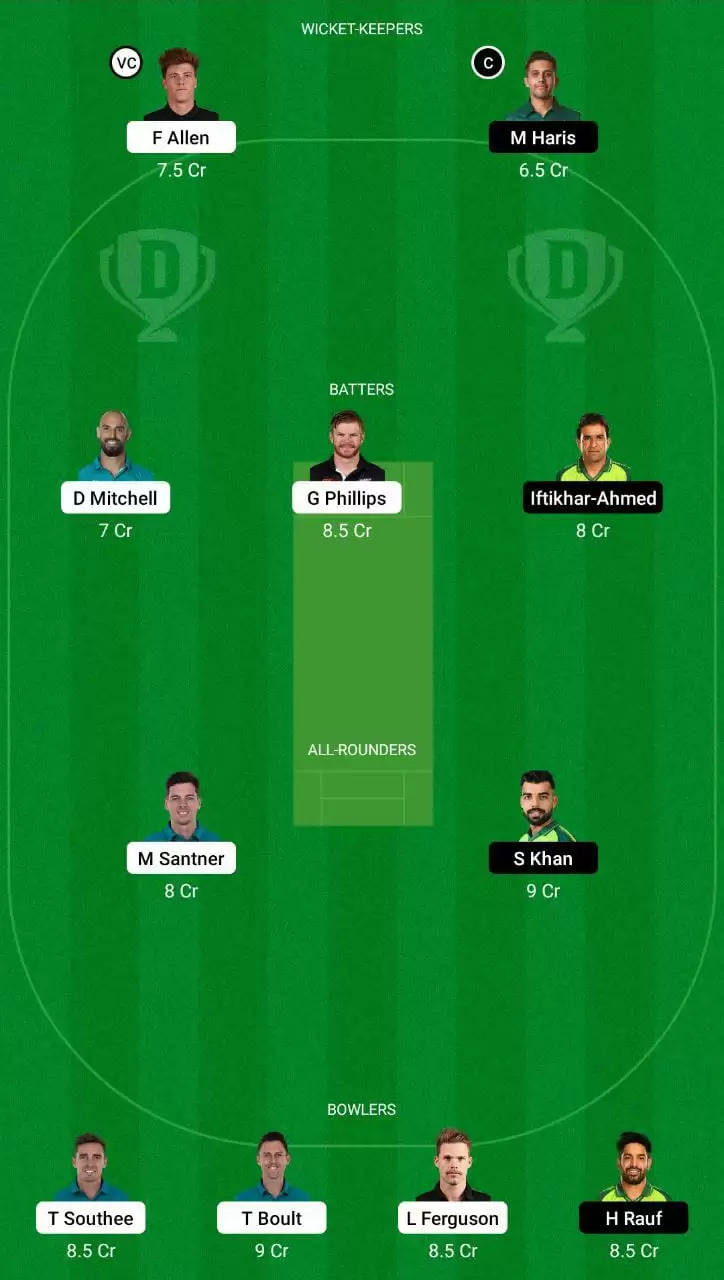 Which Contests to Join for NZ vs PAK Dream11 Match