Prediction for PBKS vs RR Dream11 Contest - Playing XI, Injury Updates, Pitch Report and Weather report for the clash between Punjab Kings and Rajasthan Royals in Match 52 of the IPL 2022 season.
By Robin Sharma Sat, 7 May 2022 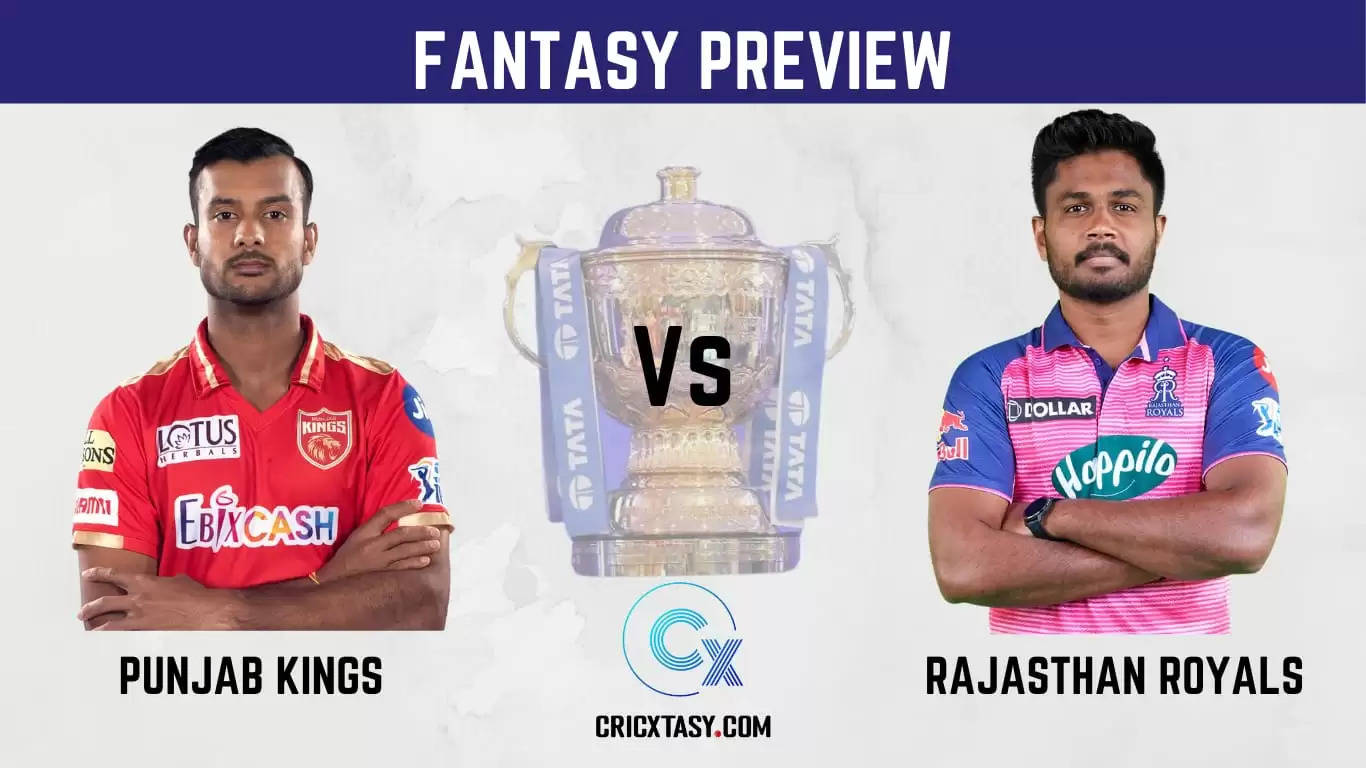 Punjab Kings are at the 7th position with 5 wins in 10 matches. They defeated the Gujarat Titans by 8 wickets in their last game. Punjab needs to win all their remaining matches for a confirmed qualification to the play-offs. They were struggling before the last match but they played as a team in the last game and will look to do well in the remaining matches including this one.

Shikhar Dhawan is in good form and has been the best batter for his side. Jonny Bairstow opened the innings in the last match. That is his preferred position and he can be very destructive at the top. Liam Livingstone was at his destructive best in the last match while Bhanuka Rajapaksa too has played well. Punjab’s strength is their explosive batting unit and they will look to continue their good form.

Watch: Ben Stokes on FIRE!! Slams 8 sixes in 10 balls including five in an over

The bowlers have been pretty consistent for Punjab Kings. Kagiso Rabada has bowled really well in the last 3 matches and has picked wickets in heaps. He has got good support from Sandeep Sharma who is their new ball bowler. Arshdeep Singh has been phenomenal in the death overs. Rahul Chahar and Liam Livingsotne have been good as their spinners. Rishi Dhawan too has bowled well. Punjab Kings have a good bowling attack and they’ll expect their bowlers to be consistent.

Rajasthan Royals, meanwhile, are one of the top teams of IPL 2022. They are in 3rd position with 6 wins in 10 games. They lost their last match by 7 wickets against KKR. Jos Buttler carried the RR batting for the first few matches as he has been in exceptional form in IPL 2022. Sanju Samson is in terrific touch as well. The other batters need to start performing as they can’t depend on only two batters to do the scoring in every match. Devdutt Padikkal and Shimron Hetmyer have played a few good knocks.

Rajasthan’s bowlers have been little inconsistent in the last two games. Yuzvendra Chahal has picked only 1 wicket in the last 3 matches and that is a bit concerning for the Royals as he has been their best bowler and main wicket-taker. Trent Boult too has failed to pick wickets as he has only 2 wickets in the last 5 games. Prasidh Krishna and Kuldeep Sen have bowled well and Ravi Ashwin has been excellent with his off-spin. Big names in the bowling department need to start picking wickets for RR.

Wankhede has been a good venue for the batters and it will be the same for this game as well. There will be bounce for the pacers but the ball won’t swing as much because it’s a day game. Spinners will get good purchase from the wicket and will be crucial for this game. Teams batting first have enjoyed more success at this venue, they have won 4 out of the last 7 games played here. The average first innings score here is 168 runs. Teams may look to bat first as it is a day game.

Punjab Kings are coming off a win in their last game and will be high on confidence. Rajasthan Royals, meanwhile, will look to bounce back on the winning track by winning this game. Based on current form and team balance, Punjab Kings are expected to win this game.

Punjab Kings will be unchanged for this game.

Rassie van der Dussen may replace Karun Nair in this match for the Rajasthan Royals. 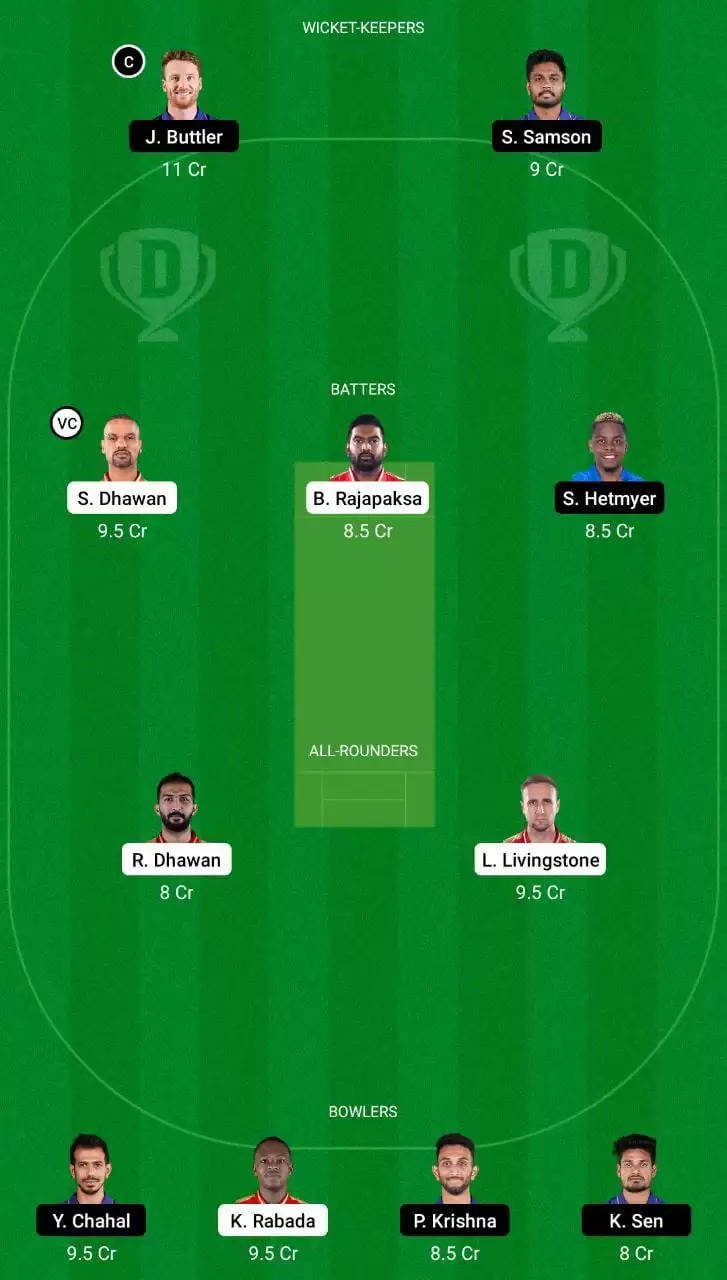 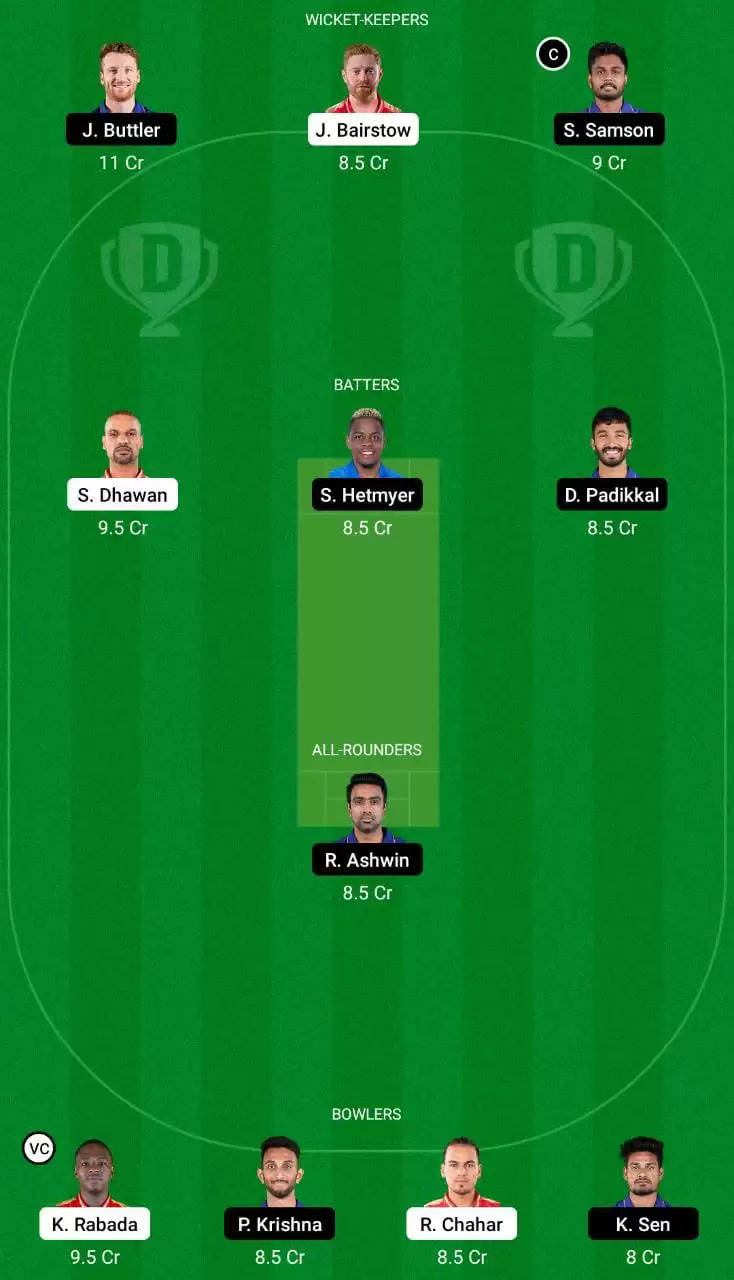 Which Contests to Join for PBKS vs RR Dream11 Match