PRL vs JOH Dream11 Prediction: All you need to know about the SA20 League match between Paarl Royals and Joburg Super Kings.
By Robin Sharma Fri, 13 Jan 2023 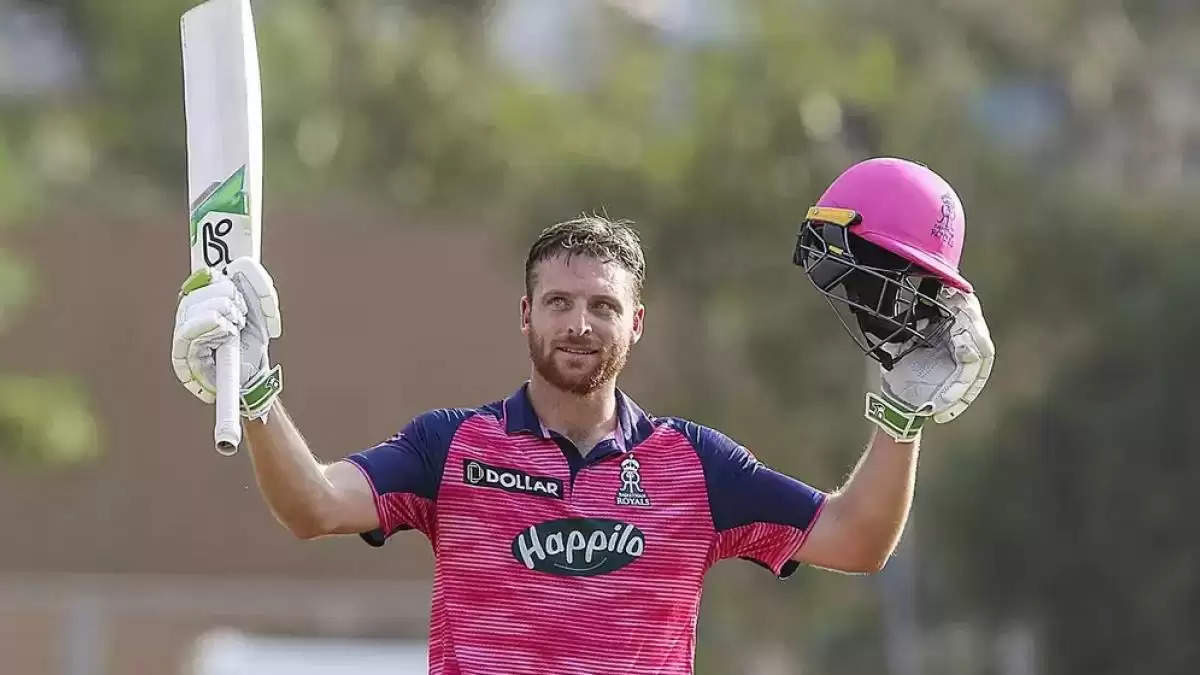 The Paarl Royals had a poor outing in the last game. They were defeated by the MI Cape Town by 8 wickets. Their batters failed to accelerate at the right time. Jos Buttler and David Miller did well while Eoin Morgan was also in good touch. They were very poor with the ball and the bowlers need to step up in this game.

Johannesburg Super Kings, on the other hand, won their first game of the SA20 by 16 runs against the Durban Super Giants. Their lower order and the bowlers won the game for them. The top order looked very rusty and defensive which needs to be rectified. Faf du Plessis looked in top form while Donovan Ferreira and Romario Shepherd were excellent with the bat. The bowlers were in good form as well.  JSK will look to continue their winning momentum.

The pitch here at Paarl is a good pitch to bat on. It was a little slow in the first innings of the last game and then it got better under the lights. It’s expected to be similar but the batters will enjoy their time on the crease. There will be something for the spinners while the pacers will get some movement with the new ball. The average first innings score here is 165 runs. Chasing sides have been more successful here as they’ve won 60% of the matches.

It will be a clear day in Paarl with no chance of rain.

Lungi Ngidi and Andile Phehlukwayo are expected to play this game for the Paarl Royals.

Gerald Coetzee should return for the Johannesburg Super Kings. Lizaad Williams and Leus du Plooy can also feature in the playing eleven.

The Johannesburg Super Kings are looking more balanced compared to the Paarl Royals but the Royals have a few big names in their ranks. JSK is expected to win this game.

Dane Vilas: Dane Vilas is not keeping the wickets and is not in the best form either. He will be our player to avoid this match. 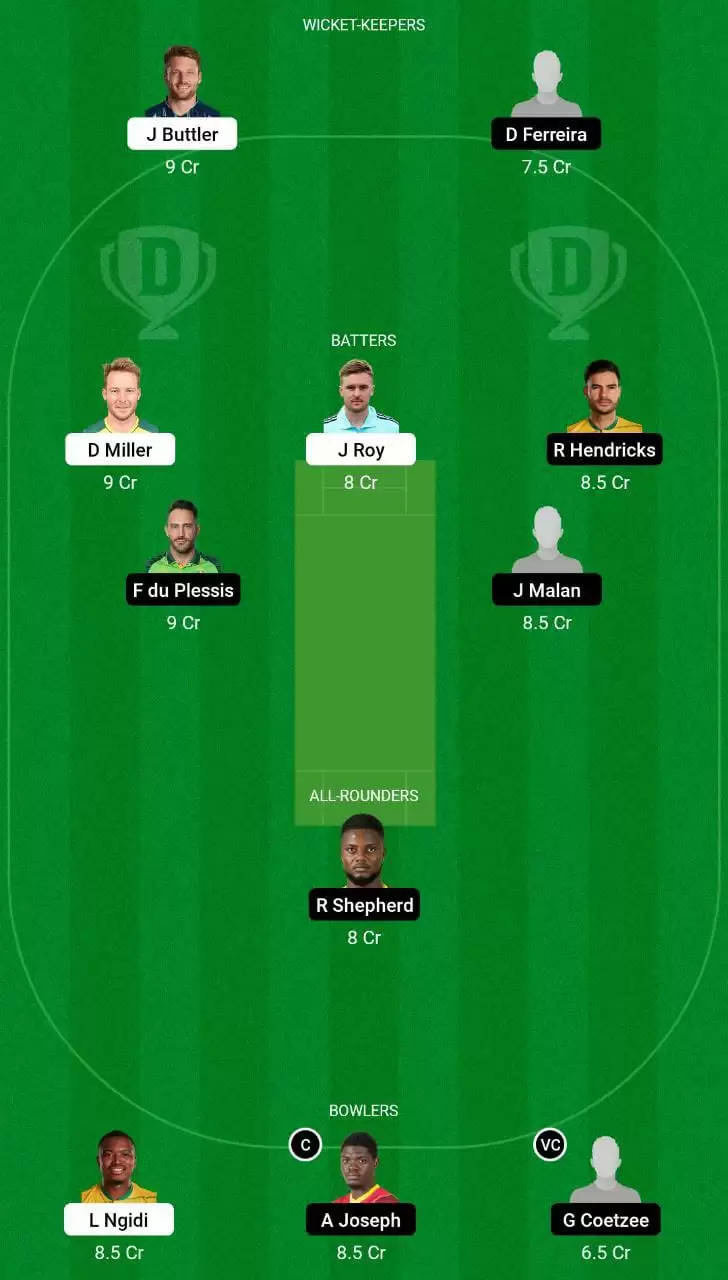 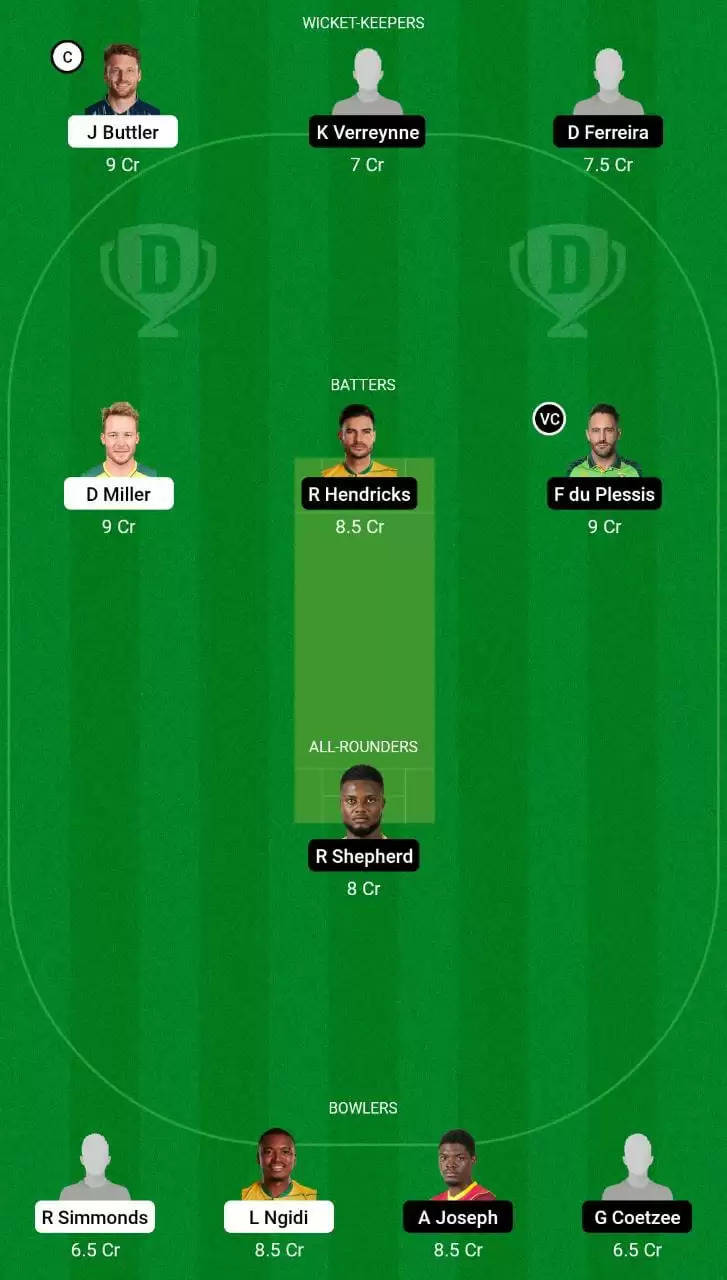