REN vs SCO Dream11 Prediction: All you need to know about the Big Bash League match between Melbourne Renegades and Perth Scorchers. 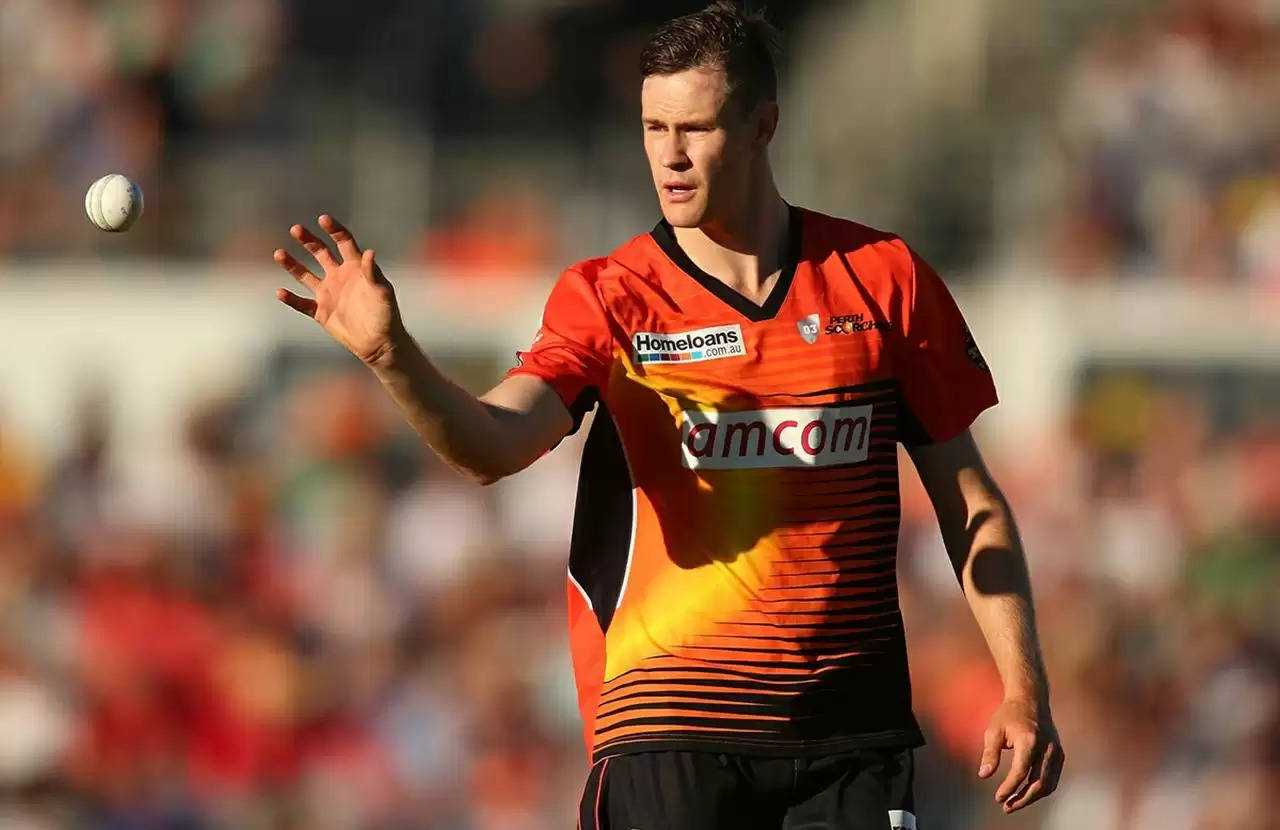 Melbourne Renegades have now lost their last three games. They are in the 5th position with 3 wins and 3 defeats. They have been off the track since their winning streak in the first 3 games. They have been average with the bat and that’s the main concern for them. Some of their players are batting out of position while others have lacked consistency. The bowlers have been in great form. The Renegades will look to come back strongly in this game.

Perth Scorchers, on the other hand, are at the top of the points table with 4 wins in 5 games. They have won their last three games and are in excellent form as a team. Their world-class bowling attack is in excellent form while the batters have been in top form as well. Adam Lyth found some form in the last game while Ashton Turner has been in excellent touch in the lower middle order. The Scorchers will look to win this game as well.

The pitch at the Docklands Stadium is known to be on the slower side but it has been excellent to bat in recent times. The average first innings score here is 161 runs. There will be some help for the pacers with the new ball while the spinners will get good assistance off the pitch. Teams batting first have won 58% of the games played here.

Rain is predicted during the game time and there are chances that we’ll have a shortened game.

Sam Harper has been in the Renegades’ squad for this game.

Ashton Turner will be unavailable because of national duty.

The Perth Scorchers are a better team when compared to the Melbourne Renegades. They are in good form as well. They are expected to win this game against the Renegades’ struggling batting unit.

Peter Handscomb: Peter Handscomb is batting too low from his ideal position and is in very poor form as well. He won’t fetch many points from wicket-keeping as well which further decreases his fantasy value. 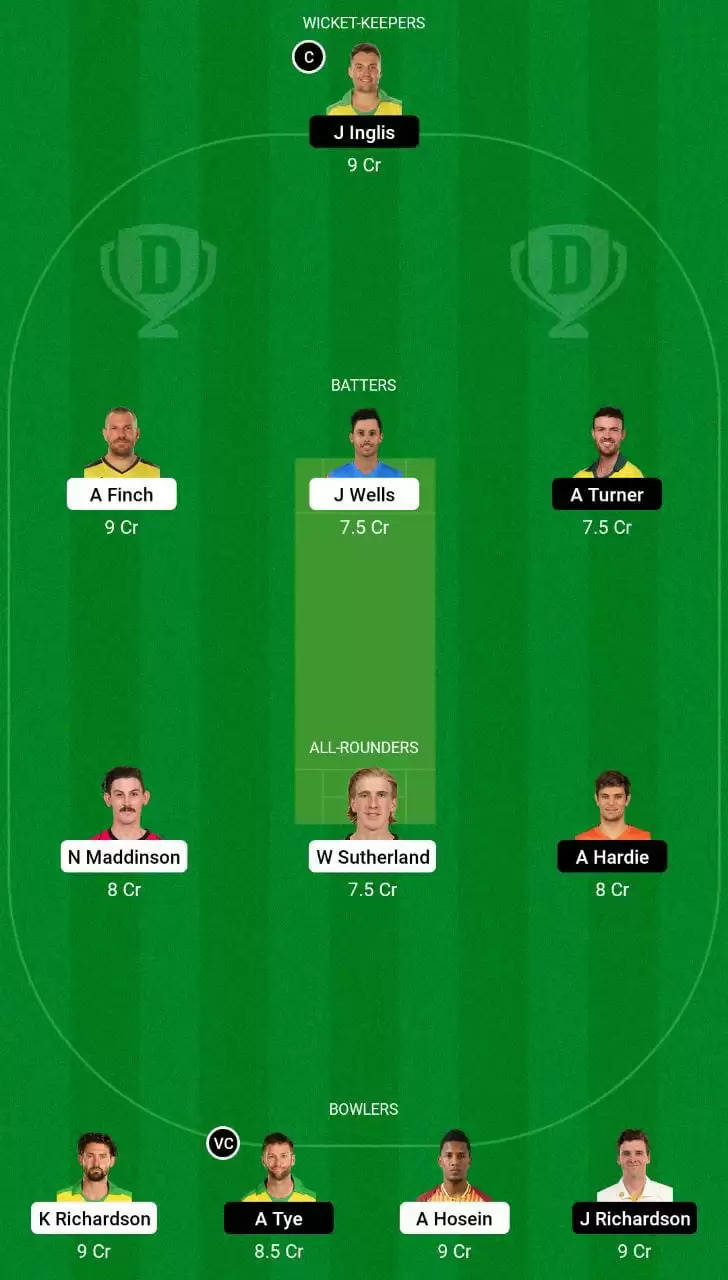 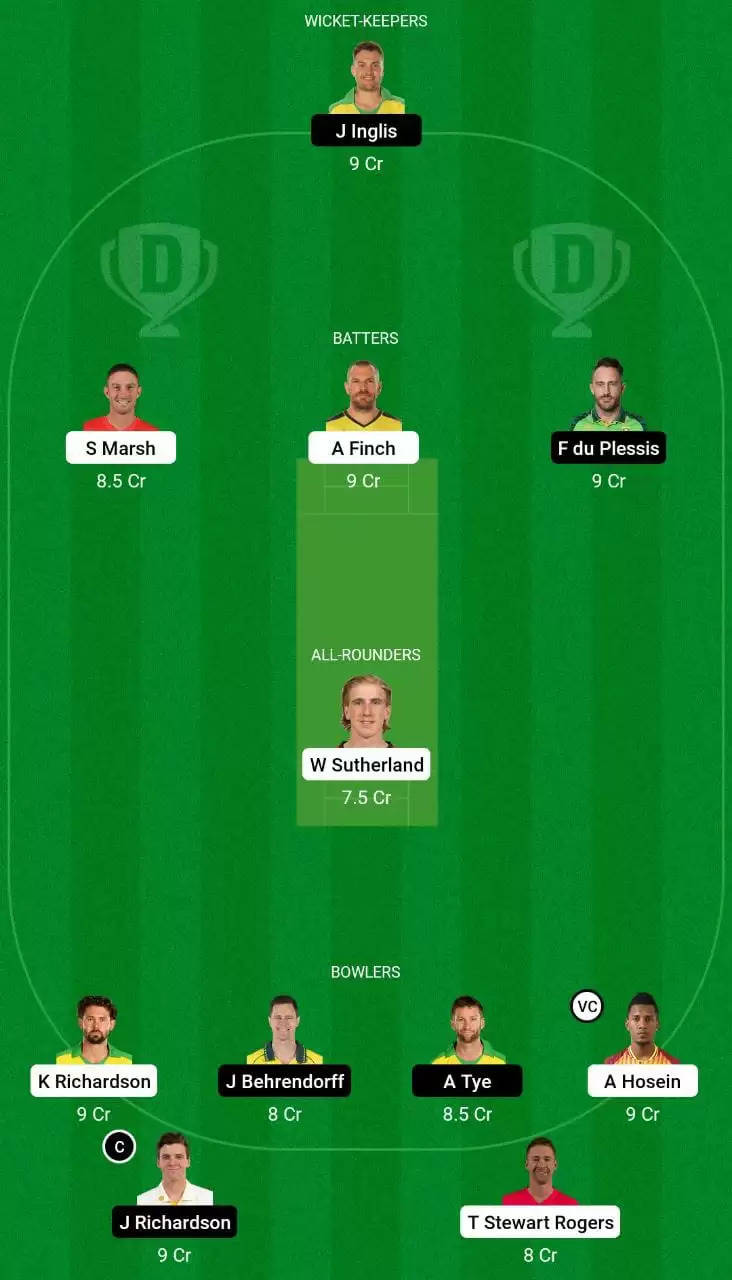