REN vs SIX Dream11 Prediction: All you need to know about the Big Bash League match between Melbourne Renegades and Sydney Sixers.
By Robin Sharma Fri, 30 Dec 2022 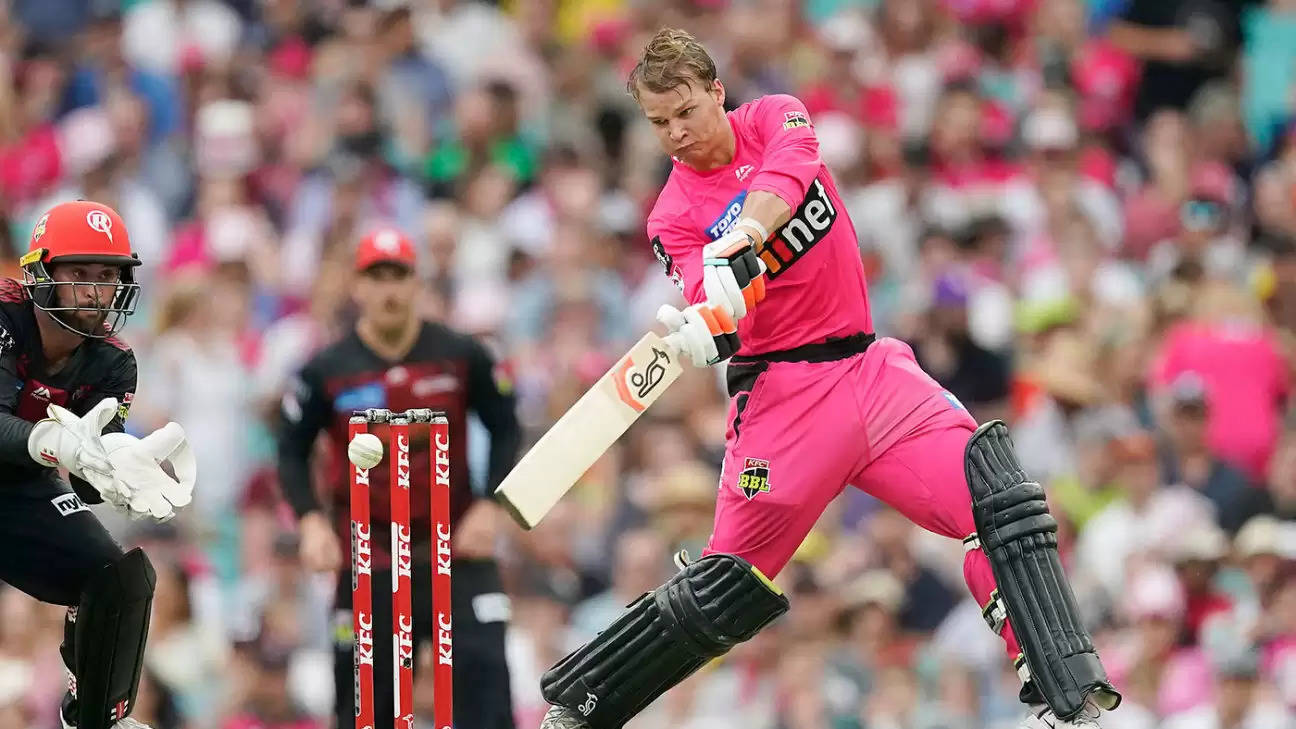 Melbourne Renegades, after winning their first 3 matches, have lost the last two games. They were defeated by the Syndey Sixers by 34 runs in the last match. They are in the 4th position with 3 wins in 5 games. The Renegades need consistency from their top order. Nic Maddinson played a couple of good knocks but has failed since then. Martin Guptill will be a key batter for them and needs to perform. Shaun Marsh and Aaron Finch will be their main batters. Will Sutherland has done well while the bowlers have been in great form for them. They will be eyeing a comeback in this game.

Sydney Sixers, on the contrary, lost their first two games and now have their last three games. They are in the 5th position. They are looking in top form as a team. Josh Philippe found some rhythm in the last game but there is room for improvement with the bat. Sean Abbott and Hayden Kerr have been brilliant while the other bowlers have been in great form as well. The Sixers will look to continue their winning momentum.

There will be something for everyone at the pitch in Geelong. The new ball will swing and seam for the pacers while the spinners will also get some help as the game progresses. The average first innings score here is 160 runs. Teams chasing have won 50% of the games played here.

It is expected to be a clear day with no rain interruptions.

Chris Jordan is named in the Sydney Sixers squad for this game.

Sydney Sixers won the last game between the two sides and they’ll be confident coming into this game. The Renegades need to pull up their socks and be consistent with the bat if they are to win this game. Melbourne Renegades are expected to win this match.

Jonathan Wells: Jonathan Wells is batting too low from his ideal position and is not in great form as well. His highest score this season is 26 runs after 5 games. He will be our player to avoid in this game. 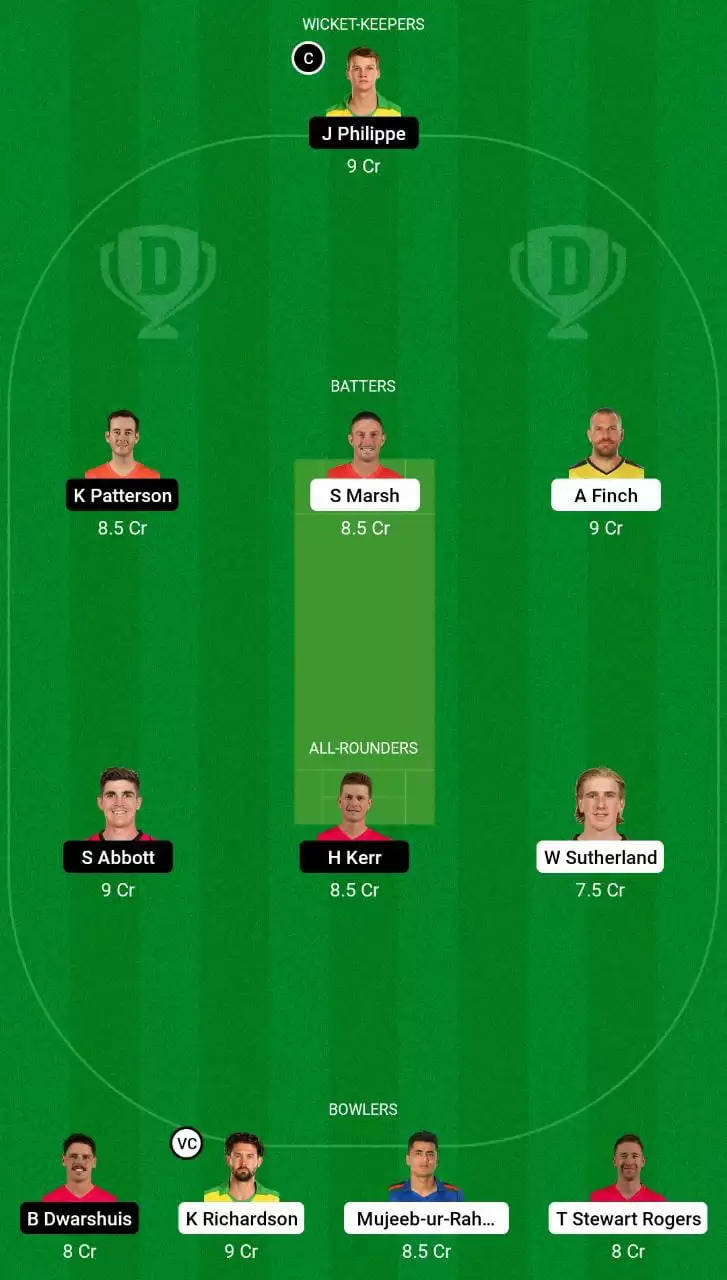 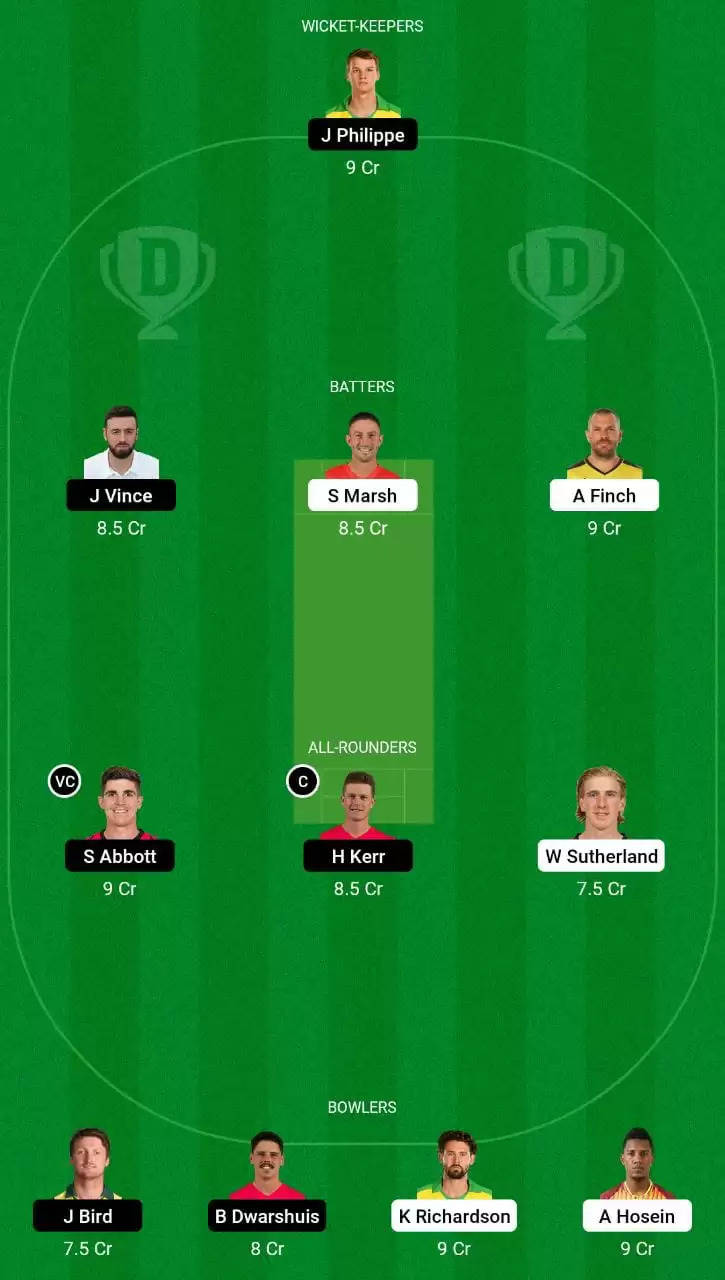