SA-WU19 vs IND-W-U19 Dream11 Prediction: Who are going to score the most runs, take most wickets and end up winning during the second youth t20 between South Africa Women U19 and India Women U19.
By Kaushik Kashyap Thu, 29 Dec 2022 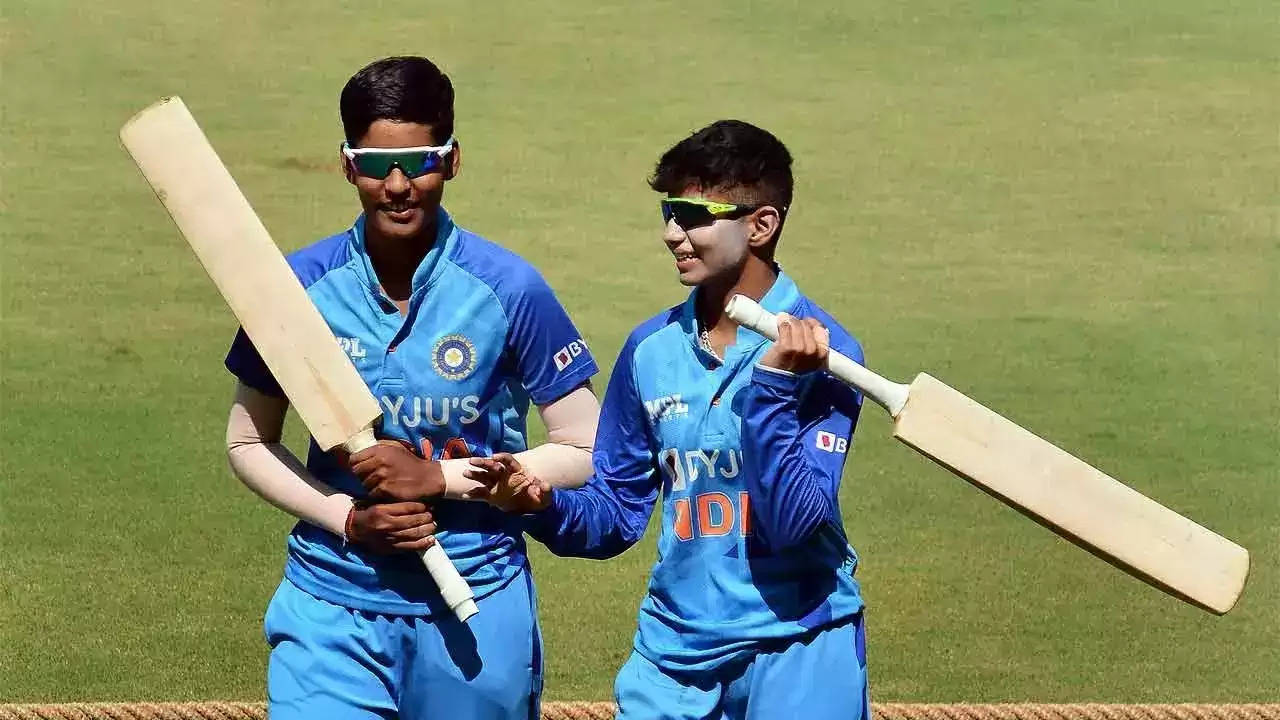 South Africa Women U19 will be up against India Women U19 in the second Youth T20 of the five match T20 series at Steyn City School Ground in Johannesburg, South Africa on Thursday 29th of December 2022.

Shweta Sehrawat: Shweta Sehrawat was joint highest scorer of the first Youth T20 of the five match series on Tuesday. She scored 40 off 39 in the first game while opening the innings. The right hander continued to dominate with the bat after a dominating domestic season with the bat. In addition she is a top order player which always helps her to get big runs and that is why she continues to be one of the top batters to watch out in the second Youth T20.

Soumya Tiwari: Soumya Tiwari was one of the joint top scorers (40 off 46) from the last game with Shweta Sehrawat. She continued her good form from the last series  against the New Zealand U19 at home where she finished as the top run scorer in the series with 146 runs at an average 36.50. Soumya batted at three in the first Youth T20 and is expected to play at the top order for the rest of the series.

Oluhle Siyo : The South Africa Women U19 skipper has been one of the top run scorers alongside the Protea opener Elandri Janse in the past six months. She was the top scorer in the last series against Zimbabwe Women U19 in October. Siyo bats in the top four and knows this venue more than anyone else. Even though she failed to make a mark in the first game of the series, she remains one of the top batters to watch out in this game.

Hurley Gala: Hurley Gala was the highest wicket taker amongst the Indian pacers in the last series against New Zealand Women U19 in Mumbai where she took total 7 wickets in the five match T20 series. She continued her wicket taking form in the first game last Tuesday and removed a dangerous looking Karabo Meso.

Ayanda Hlubi: Ayanda Hlubi is considered as one of the fastest in this Protea line-up. The conditions at Steyn City School are very suitable for her bowling style and it was no surprise when she removed both the Indian star batters Shafali Verma and Richa Ghosh. Her ability to hit the deck hard and use the bounce of the surface makes her a genuine wicket taker for the rest of the series.

Shabnam MD: Shabnam took 3 for 15 in her four over spell in the first game last Tuesday. She removed both openers in the powerplay and managed to get the better of Kayla Reyneke as well who was the top scorer for her side that day. Her ability to move the ball in these conditions makes her a dangerous bowler to face for the rest of the series.

Also Read: SA-WU19 vs IND-W-U19 T20 Series Live Streaming Details: When and where to watch South Africa Women U19 vs India Women U19 T20 series LIVE on TV, Squads, Dates, Timings and Venues

India Women U19 will definitely start this match as the favorites. This team under Shafali Verma is a team to beat. They have been too good with both bat and ball. There should not be any second thought because of the kind of dominance they have maintained in the last 6 matches. This group of players have got the better of West Indies Women U19, Sri Lanka Women U19 and also the White Ferns in the last two months. Even in the first match of this five match series against South Africa, they seemed to be too good for the Proteas.