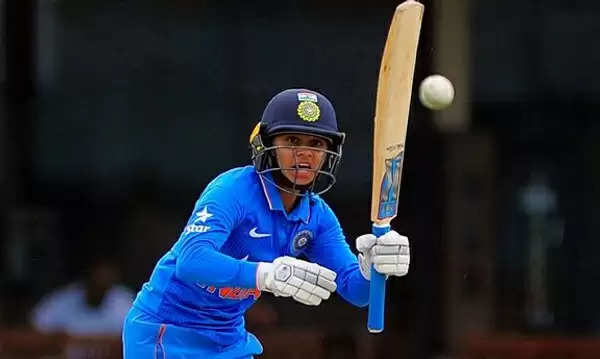 The South Africa Women U19 will be up against India Women U19 in the third Youth T20 of the five match T20 series at Steyn City School Ground in Johannesburg, South Africa on Thursday 31st of December 2022.

Shweta Sehrawat: Shweta Sehrawat was the best batter from the first T20 on Tuesday. She scored 40 off 39 in the first game while opening the innings. It was no surprise as the right hander continued her good form after a dominating domestic season with the bat. She is expected to top the scoring chart once again in this match, and especially because she is a top order player which always helps her to get big runs

Soumya Tiwari: Soumya Tiwari scored 40 off 46 in the first T20 and was easily the second best batter in the match after Sehrawat. She was the highest run scorer in the series against New Zealand U19 with 146 runs at an average of 36.50 and now continued her good form into this series. Her consistency with the bat is clearly noticeable and that is why there is a high chance she will top the scoring chart once again in this match.

Kayla Reyneke : The Protea all-rounder was the highest run scorer in the first match against India Women U19 last Tuesday. It has been raining for the last two days at the venue. So, the pitch at the Steyn City School might remain damp and a difficult one to bat on. After looking at the performance of the first T20 match, Reyneke is expected to get more batting time in this match as she might again have to rescue her team from trouble like she did in the first T20 batting at 6.

Hurley Gala: Hurley Gala continued her wicket taking form in the first game of the five match T20 series. She took 7 wickets in her last series against New Zealand Women U19 in Mumbai and there is always a great chance she outperforms everyone in this Indian lineup.

Ayanda Hlubi: Ayanda Hlubi is a kind of pacer who relies on hitting the deck hard and provoking the batters to attack against her short balls. She is considered as one of the fastest in this Protea line-up which makes her chance to get the better of the batter's more often than not. There was a good bounce in the pitch at Steyn City School in the first T20 which Hlubi used quite well to remove two Indian internationals, Shafali Verma and Richa Ghosh. In addition there has been a heavy rainfall from the last two days at the venue which will only make things easier for a bowler like her.

Mannat Kashyap: Mannat Kashyap will definitely start this match as one of the top bowlers to watch out for. The left arm spinner went berserk against the White Ferns in the last series at home. She took an incredible 10 wickets in four games against New Zealand U19 and finished as the top wicket taker of the five match series. Even though she failed to take a wicket in the first match against South Africa, she was very economical and the conditions might assist her even more in the third T20 as constant rainfall has been observed in the last two days. The pitch might remain damp and assist the spinners throughout the game.

India Women U19 will definitely start this match as the favorites. These U19 girls in blue have been brilliant as a group from the last few weeks.They have managed to beat everyone they have faced till now and the conditions are going to help their spin attack even more which has been their strength always. Shafali Verma and co must be disappointed to miss out an opportunity to go 2-0 up in the last match as the game was called off due to wet outfield. They will be desperate to be back on the field and continue their winning form and make it 2-0 in this match.