SCO vs STA Dream11 Prediction: All you need to know about the BBL 2022-23 match between Perth Scorchers and Melbourne Stars.
By Robin Sharma Thu, 29 Dec 2022 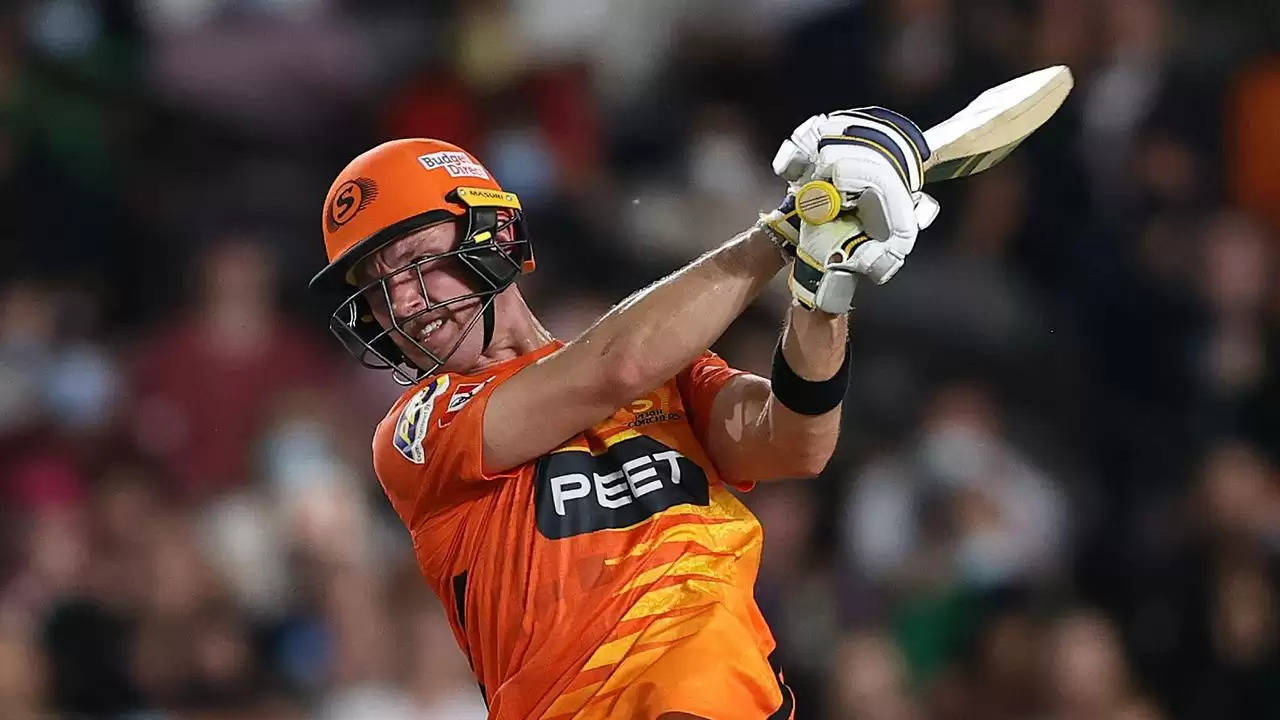 The Perth Scorchers are in the 2nd position with 3 wins in 4 matches. They have now won two games in a row. They are looking in great form as a team, especially in the bowling. The pace trio of Jhye Richardson, Jason Behrendorff and Andrew Tye form a solid pace attack. The batters are in decent form as well but there is plenty of room for improvement. The Scorchers will be eyeing their third consecutive win in this game.

Melbourne Stars, on the other hand, are having a horrible time. They are in the 7th position and have lost their last two games. There have been a few good individual performances for them but they’ve failed to perform as a team. The likes of Trent Boult, Marcus Stoinis and Adam Zampa have also failed to perform as was expected from them. The Stars will look to bounce back strongly in this game.

The pitch will be an excellent one to bat on but the new ball will move a little and can cause problems for the batters initially. There is good bounce in this wicket so expect the bowlers to do well in the power play. The average first innings score is 167 runs which shows that batting is easier at this venue. Teams have won 62% of the games batting first.

The weather is expected to be clear with no chance of rain.

Nathan Coulter-Nile and Marcus Stonis are available for this game for the Melbourne Stars.

Perth Scorchers are the clear favourites to win this game. Melbourne Stars don’t have enough depth in their batting unit Marcus Stonis will return for this game but his form is not that great either.

James Seymour: James Seymour batted at number 3 for the Melbourne Stars in the last game. He hasn’t played a lot of games and looked a bit off-colour with the bat. Seymour is someone whom you can avoid in this game. 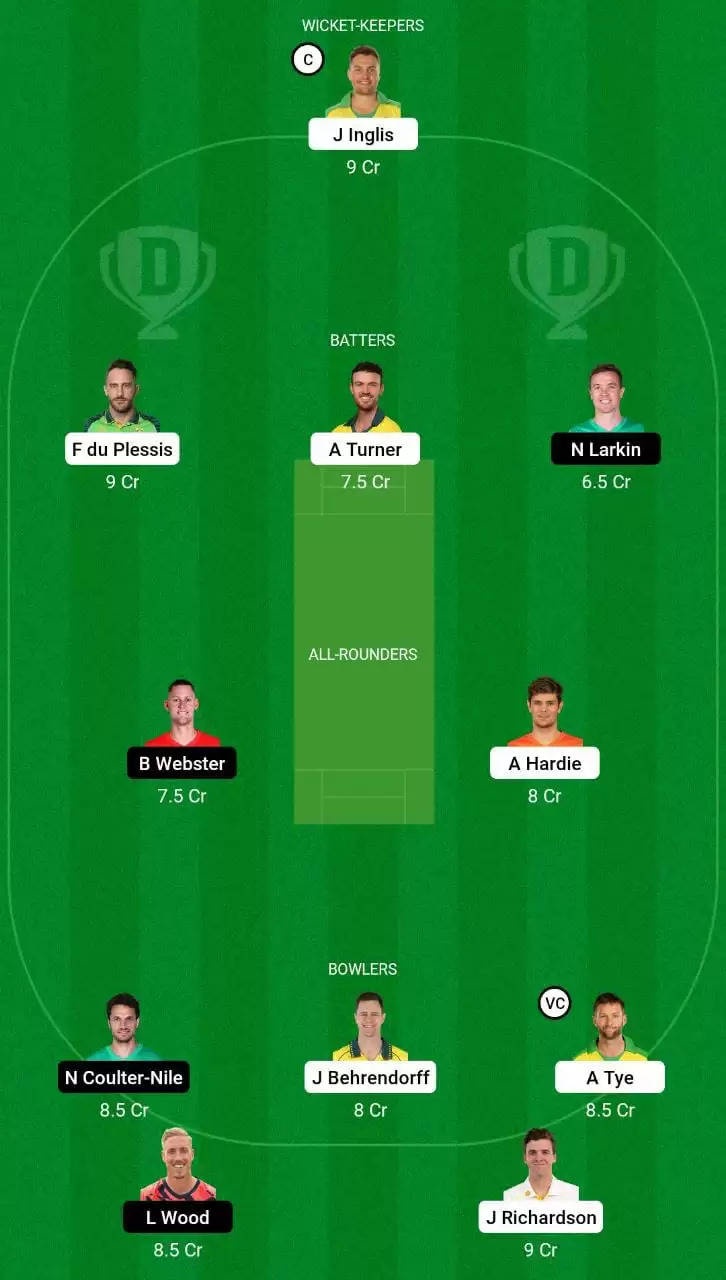 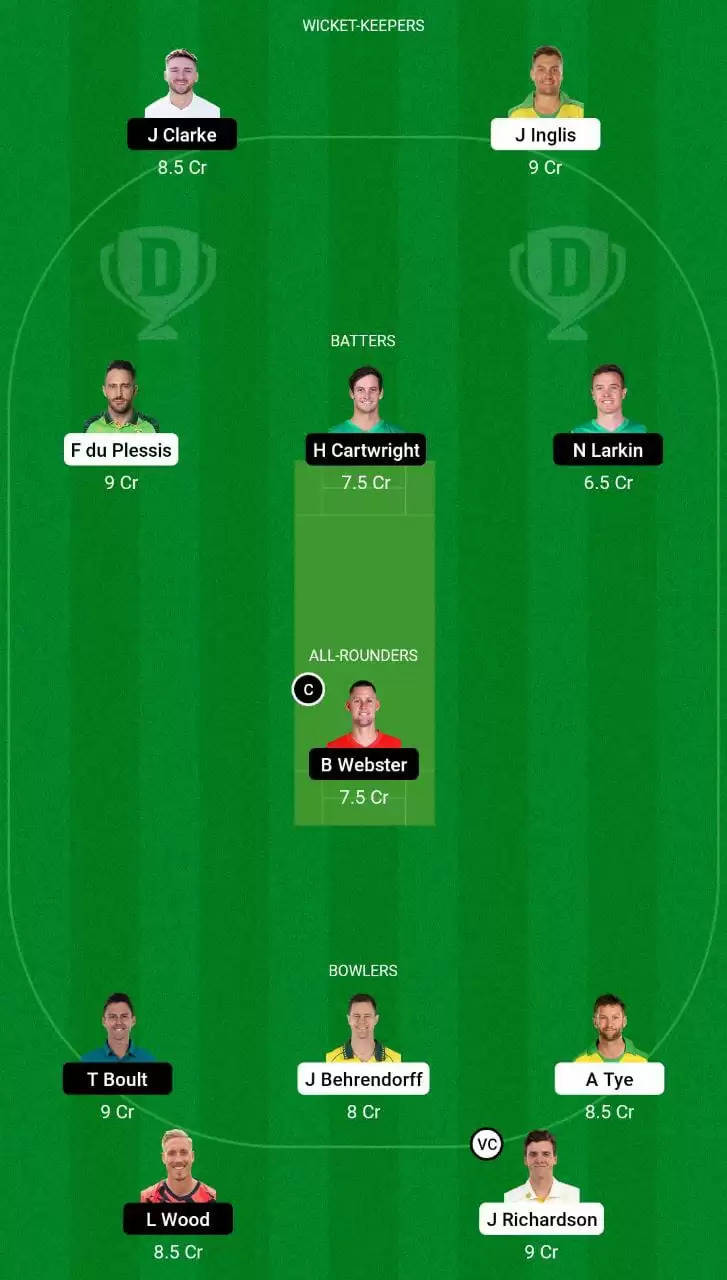