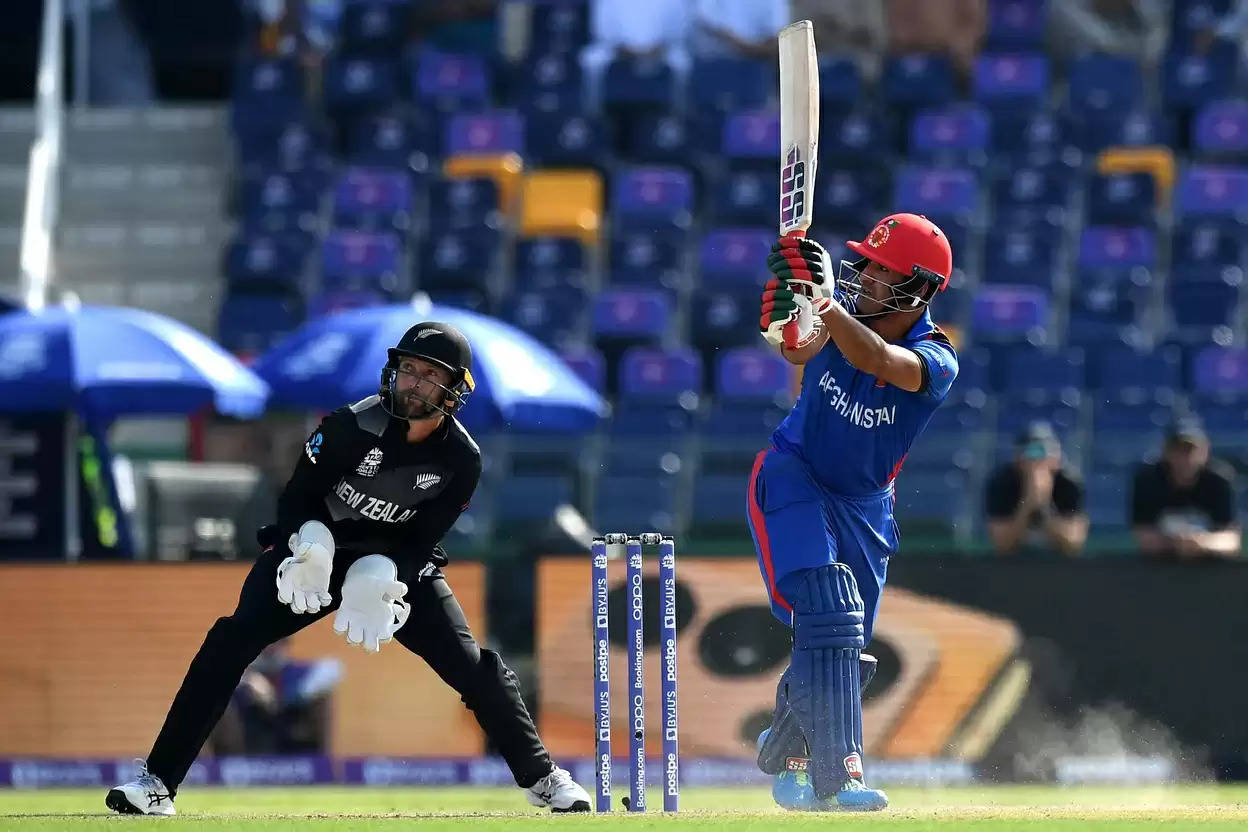 SG vs AM Dream11 Match Preview

The Speen Ghar Tigers in 2nd position with 4 wins in 5 matches. They won three games in a row and then were defeated by the Boost Defenders. Then they bounced back strongly and defeated the Hindukush Stars by 110 runs in the last game. Their batting and bowling units have done really well and they’ll expect them to continue the same in the upcoming matches as well. The likes of Najibullah Zadran, Usman Ghani, Sharafuddin Ashraf, Yamin-Ahmadzai form a strong core for the Speen Ghar Tigers.

Amo Sharks, on the other hand, finally broke their losing streak and won their last game in style. They defeated the Mis-e-Ainak Knights by 5 wickets. They played like a team and it reflected in their performance. They chased down the target of 153 runs in the last over with 3 balls remaining. Asghar Atal has been an excellent prospect for them at the top. He bats very aggressively which is a great sign for them. Darwish Rasooli also played in the last game and strengthened the middle-order. Sharks will look to continue on this winning momentum.

SG vs AM Dream11 Match Venue, Date and Time

SG vs AM Dream11 Venue and Pitch Report

The batters will love batting on this pitch. They can play their shots. The pitch will be flat with some assistance for the spinners as the game progresses. The pacers will get some movement in the air with the new ball. Chasing will be preferred by the team winning the toss. The average first innings score is around 160 runs.

SG vs AM Dream11 Prediction

Speen Ghar Tigers will start as the favorites because they are in good form and are looking more balanced as a team. But it won’t be a walk in the park for them as the Amo Sharks looked in good form in the last game.

Probable SG vs AM Playing XI

Top Captaincy Choices for SG vs AM Dream11 Match

Budget Picks for SG vs AM Dream11 Match

Differential Pick for SG vs AM Dream11 Match 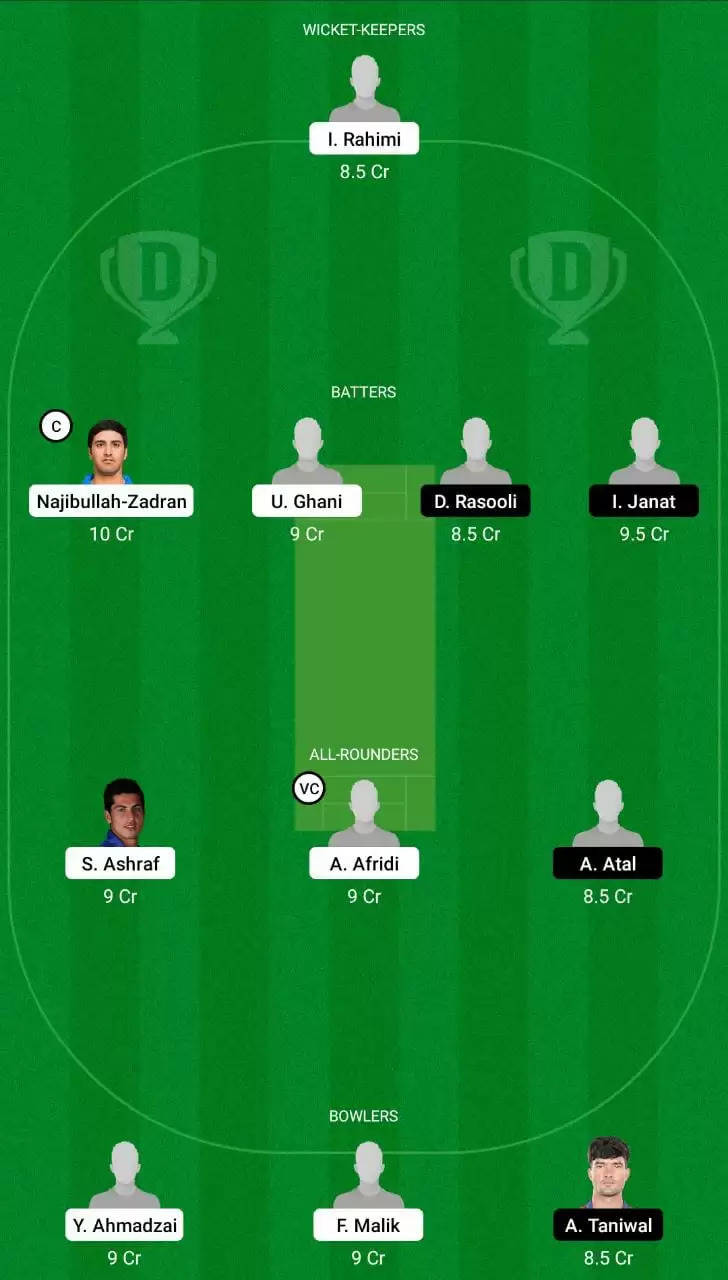 Mega League Team for SG vs AM Dream11 Match 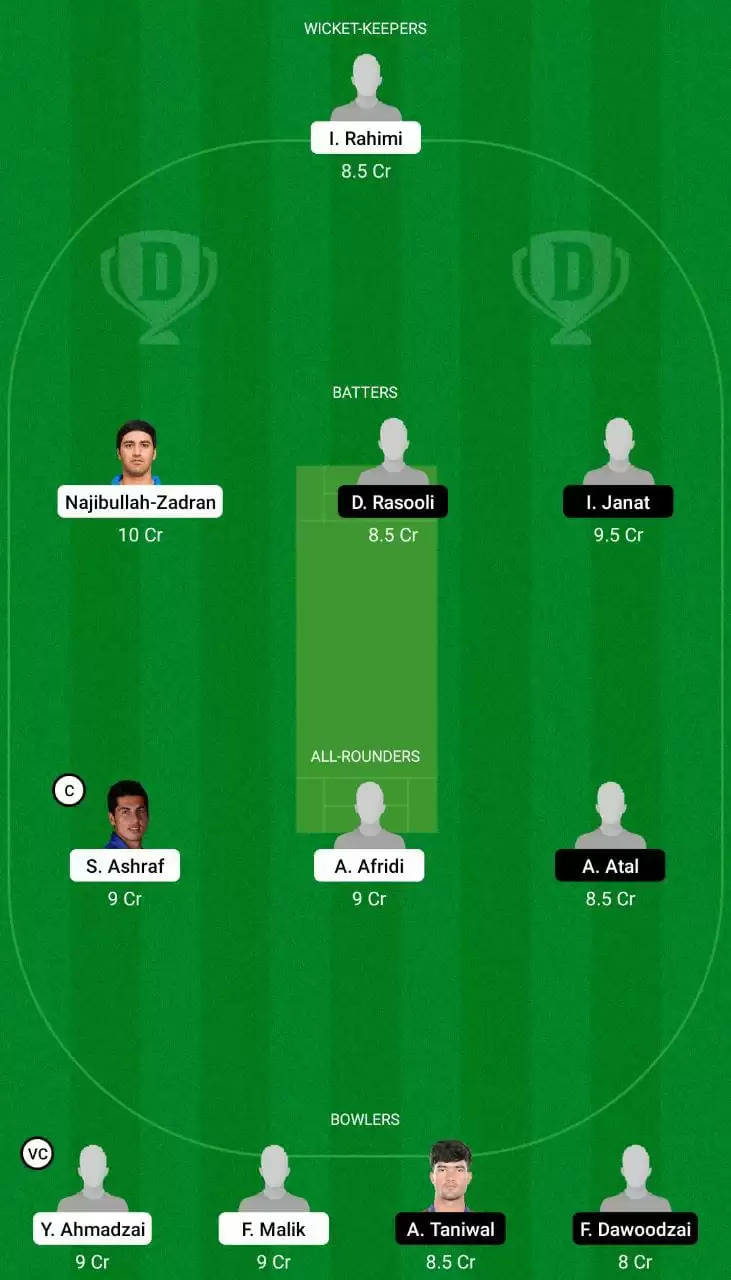 Which Contests to Join for SG vs AM Dream11 Match