SIX vs HEA Dream11 Prediction: All you need to know about the BBL 2022-23 match between Sydney SIxers and Brisbane Heat.
By Robin Sharma Wed, 4 Jan 2023 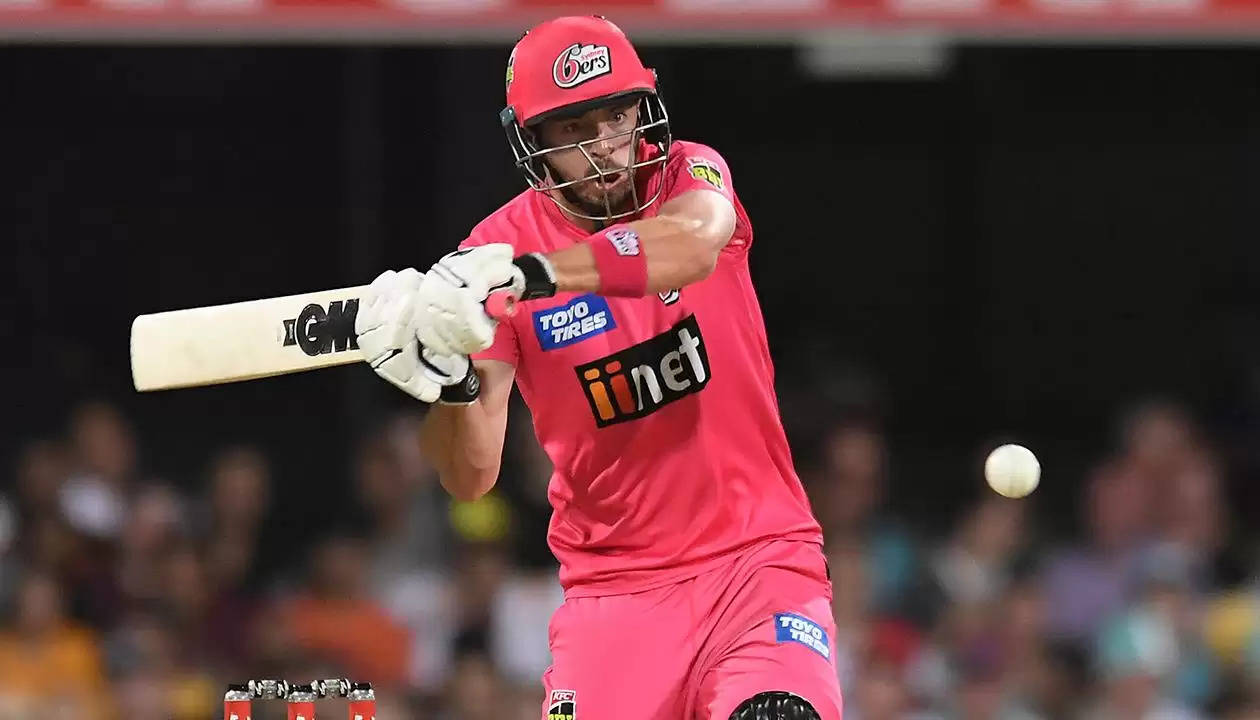 Sydney Sixers were defeated by the Brisbane Heat by 15 runs in their last game. It was their first loss after winning 4 matches in a row. They are in the 4th position with 4 wins in 7 games. The Sixers are one of the best teams in the tournament. They’ll look to get their basics right and perform as a team. The Sixers will look to settle the score against the Brisbane Heat in this game.

Brisbane Heat, on the other hand, are still at the bottom of the points table despite winning their last game. They have won only 2 games out of 6. They made a couple of changes to their batting line-up and it proved to be a great decision. Josh Brown and Nathan McSweeny destroyed the Sixers’ bowling attack. Heat has a good bowling unit and they need support from their batters. They’ll look to continue the good form in this game.

This will be the first men’s BBL game at the North Sydney Oval. The pitch is expected to be batting-friendly as the boundaries are very short, especially the square boundaries. The pacers may get some help with the new ball while the spinners will come into play as the game progresses. The average first innings score here in the WBBL is 151 runs and chasing sides have won 19 out of the 42 games played here

There are chances of rain in Sydney during the game time and we may see a rain-interrupted game.

Chris Jordan and Steve O’Keefe are available for this game for the Sixers.

Brisbane Heat has named an unchanged squad for this game.

Sydney Sixers will start as the favourites but the Heat defeated them in their last meeting and they are not to be taken lightly.

Mitchell Swepson: Mitchell Swepson has picked up only 1 wicket until now this season. He is a talented bowler but has been in very poor form at the moment. You can avoid him in your fantasy teams. 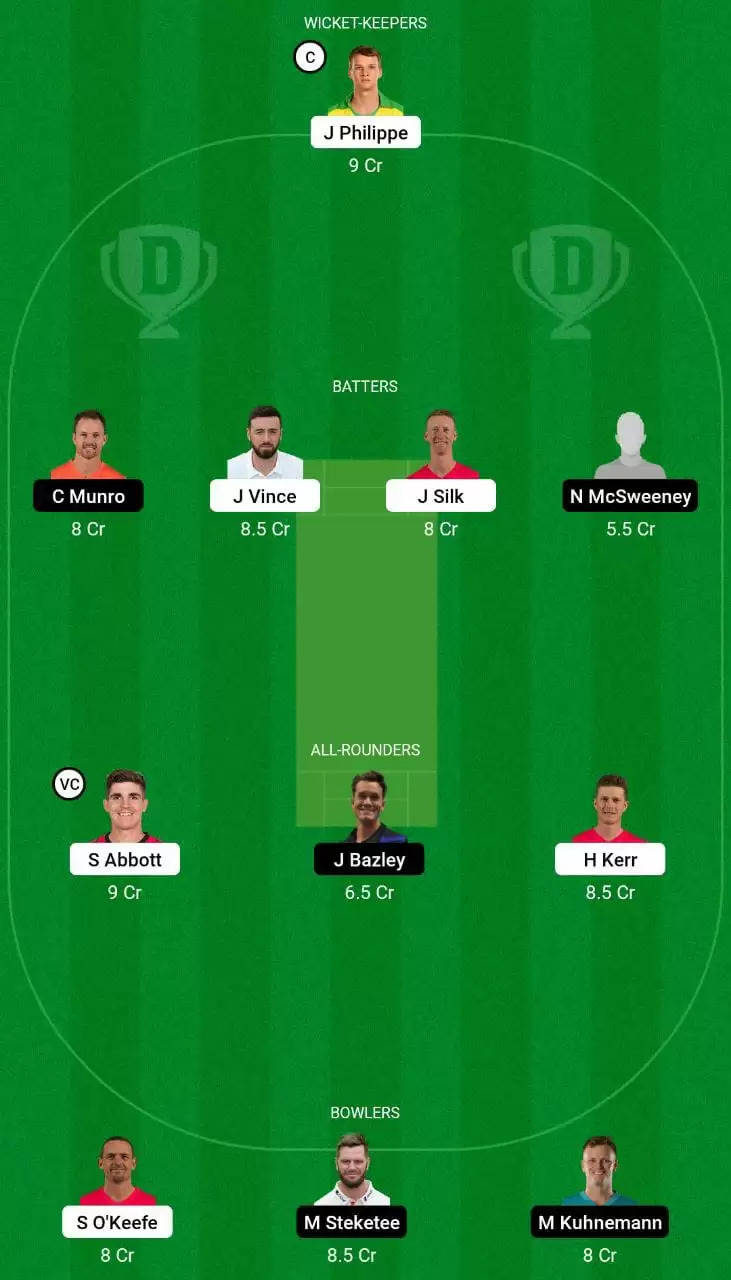 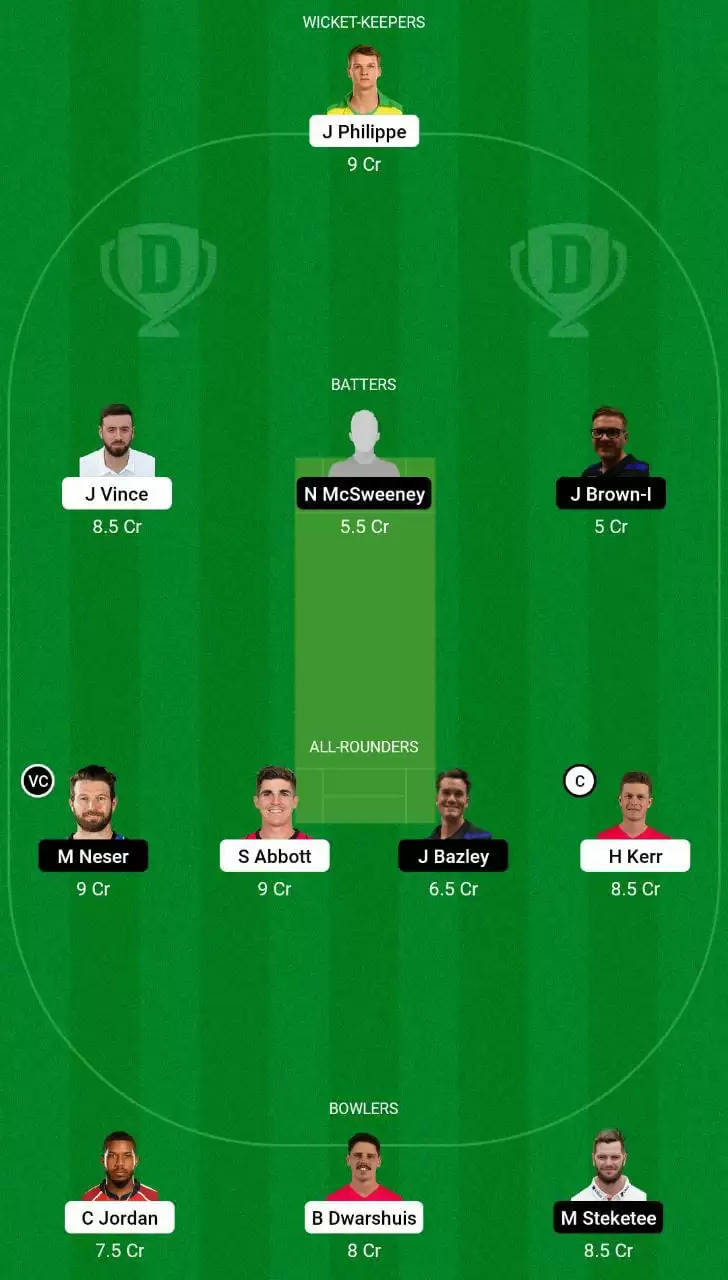