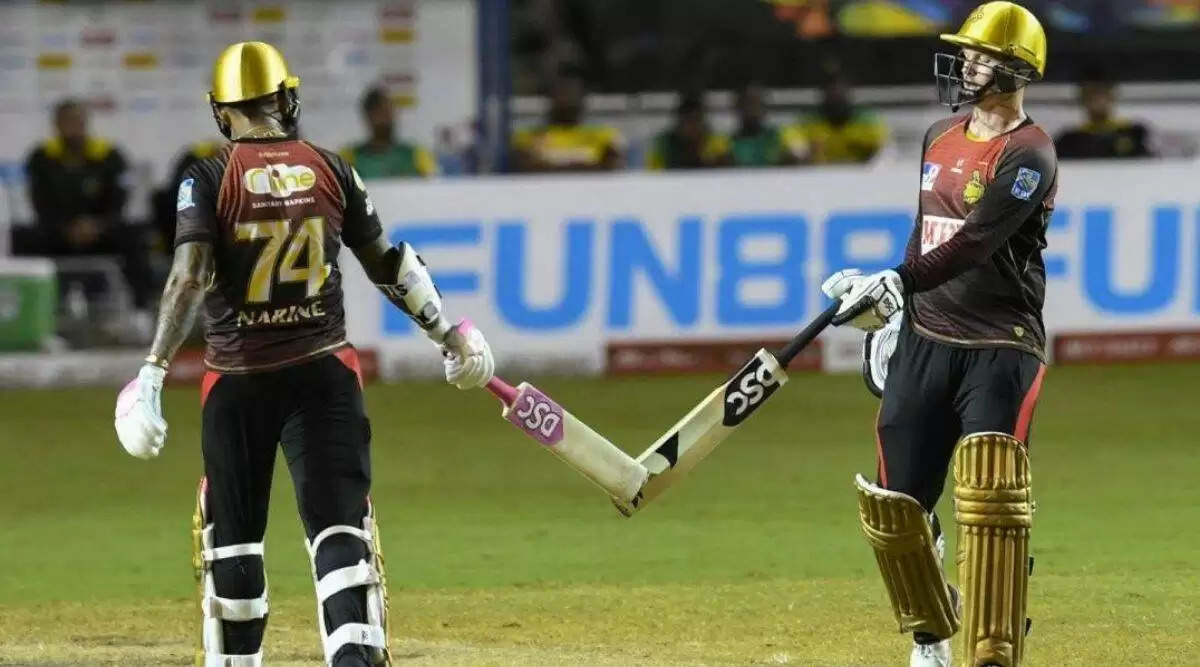 The Caribbean Premier League is finally here with all the T20 action and thrill for us fans. St. Lucia Kings will challenge the Trinbago Knight Riders in this game of CPL 2022.

TKR defeated St. Lucia Kings in the 1st Semi-final of CPL 2021. They will look to settle the score in this game but it won’t be an easy task for them as TKR is one of the strongest teams in the competition and the Kings will be without their big names. Faf du Plessis, Tim David, and David Wiese were playing in the CPL and will be unavailable for this game. They have good players in Mark Deyal, Roston Chase, Johnson Charles, Alzarri Joseph, Kesrick Williams etc who will look to play as a team and do well in this match.

Caribbean Premier League 2022 Live Streaming Details: When and Where to watch CPL 2022 LIVE on TV in India, Squads, Schedule, Date and Time

Trinbago Knight Riders, on the other hand, are the best side in the tournament and have won the title thrice and the 2015 edition when they were named the Trinidad and Tobago Red Steel. They have the best line-up with many T20 stars in Andre Russell, Kieron Pollard, Sunil Narine, Nicholas Pooran, Tim Seifert etc alongside youngsters like Akeal Hosein, Ali Khan, and Jayden Seales. Their batting and bowling are very balanced and TKR will look to start off their campaign with a win.

It will be an excellent pitch to bat on at Warner Park. The first game played here saw a score of 183 runs by the Jamaican Tallawahs. The ball will come onto the bat nicely allowing the batters to play their shots. The average first innings score in all T20s at this venue is 165 runs. Chasing sides have won 40 matches out of 74 played here. There will be some movement for the pacers with the new ball and the spinners will get good help as well.

St Lucia Kings will be without their big names in this game while the Trinbago Knight Riders have one of the best T20 line-ups with quality all-rounders. TKR will be the clear favourites to win this game. 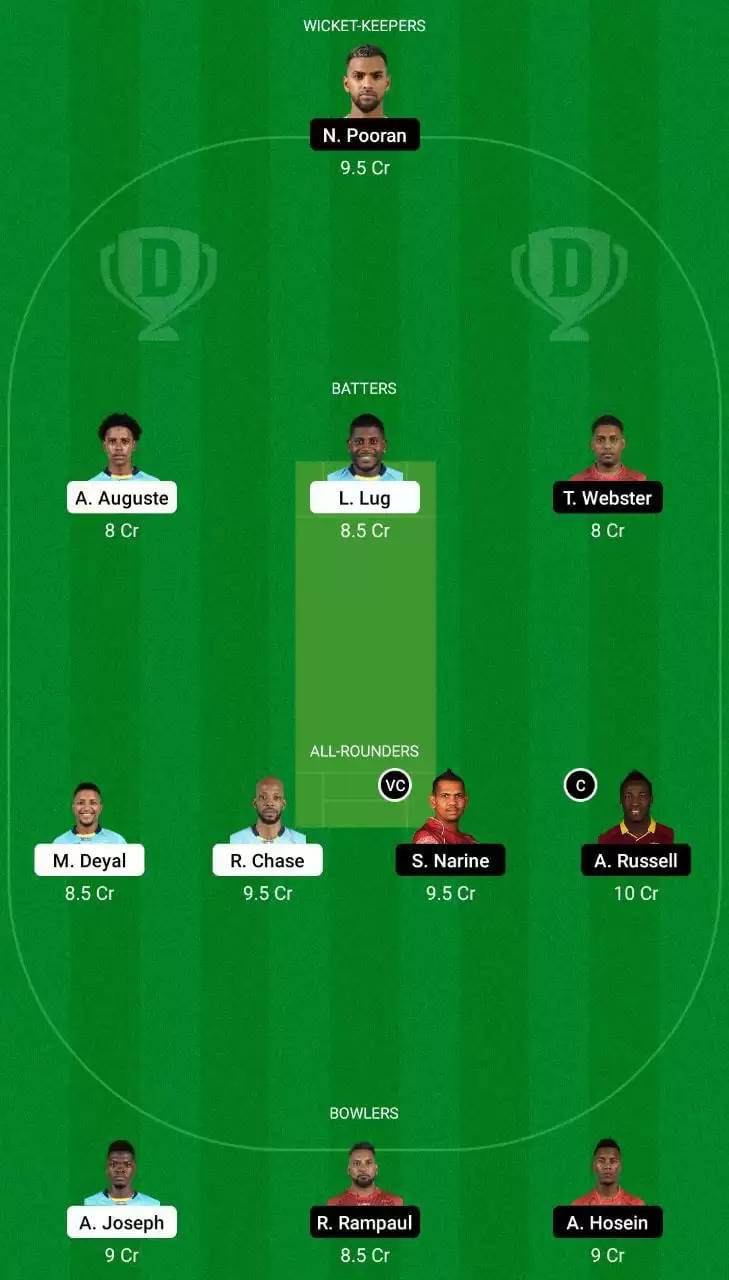 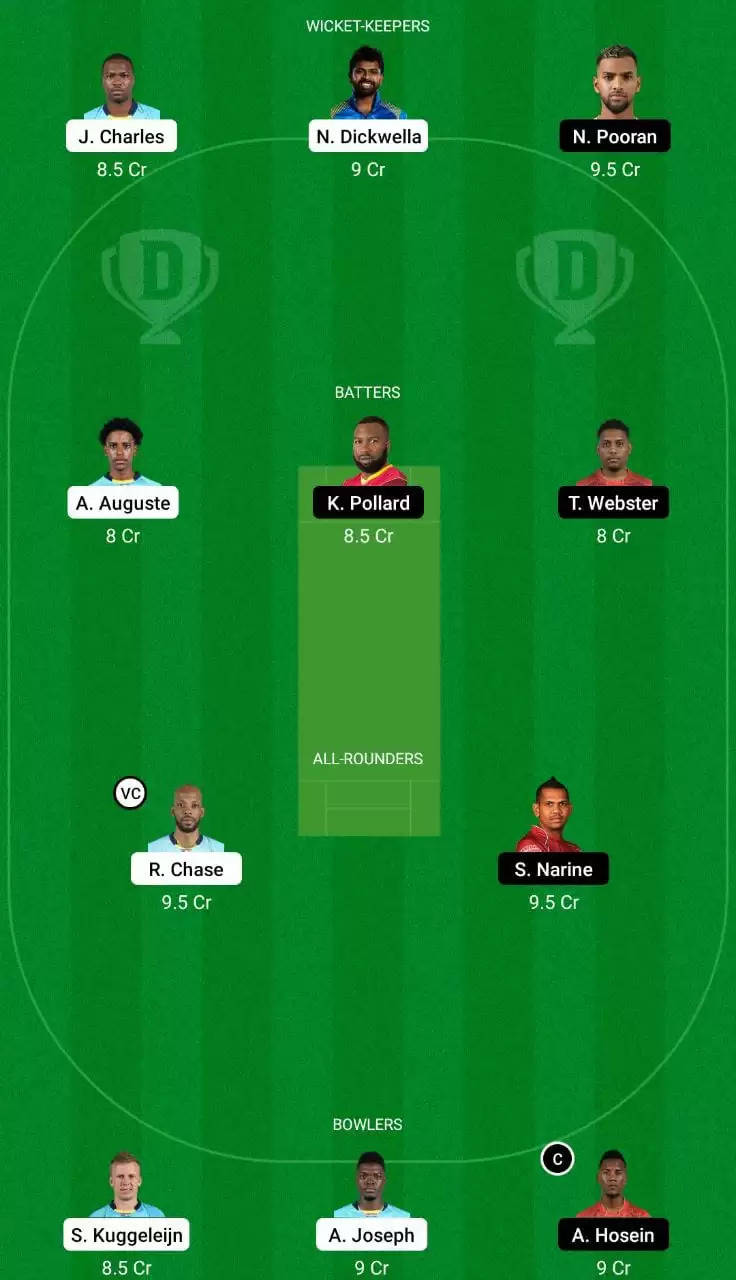 Which Contests to Join for SLK vs TKR Dream11 Match