STA vs REN Dream11 Prediction: All you need to know about the BBL 2022-23 match between Melbourne Stars and Melbourne Renegades.
By Robin Sharma Tue, 3 Jan 2023 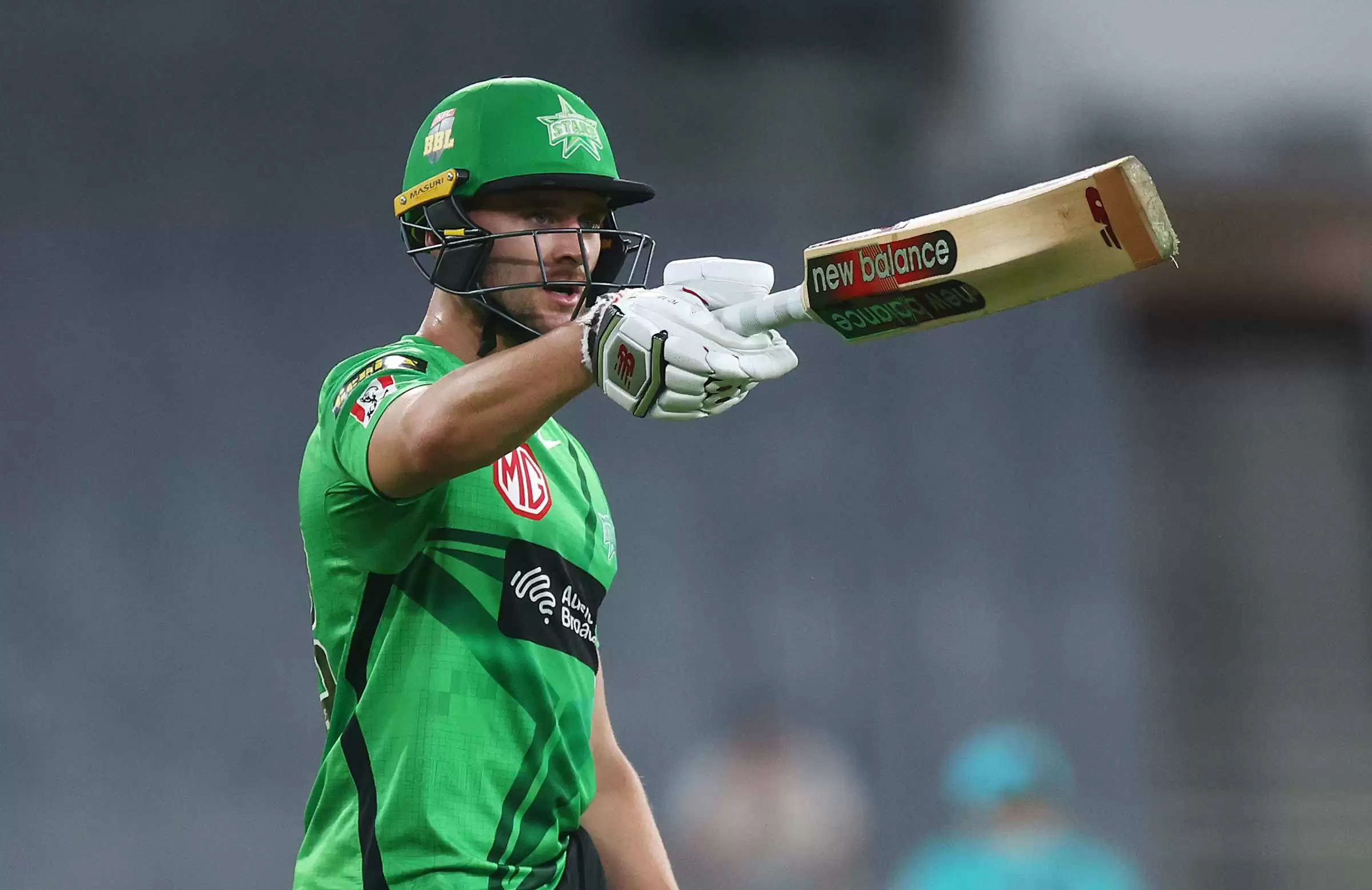 The Melbourne Stars are in the 7th position with 2 wins in 6 games. They won their last game after losing 3 matches in a row and that should give them some confidence coming into this game. Marcus Stoinis finally found some form with the bat. Joe Clarke has been the consistent player for them while Beau Webster has also been decent. They need the other players to step-up with the bat. Adam Zampa and Trent Boult haven’t been at their best. The Stars will look to do well at their home ground.

The Melbourne Renegades, after winning their first 3 matches have now lost 4 games in a row and they’ll be desperate for a win in this game. They have failed to perform consistently as a team. The batters need to score consistently. Aaron Finch has been in good form for them. The bowlers are bowling well and they need support from the batters. The Renegades will look to break their losing streak and win this game.

The pitch at MCG is expected to be a good one for batting. New ball bowlers will get some movement while the spinners will come into play in the later phase of the match. The average first innings score here is 161 runs and chasing sides have won 58% of the games played here.

It’s expected to be cloudy but no rain is predicted and we should have a full match.

Nic Maddinson has been ruled out of the tournament due to injury. Aaron Finch will lead the Renegades.

Same team for the Melbourne Stars.

Both teams are struggling at the moment but the Melbourne Stars are coming off a win in their last game and they are expected to do well in their home ground. Melbourne Stars to win the game.

Campbell Kellaway: Campbell Kellaway’s fantasy potential is too low as he’s batting down the order and is not looking in good form as well. He won’t get many opportunities to leave an impact in this game. 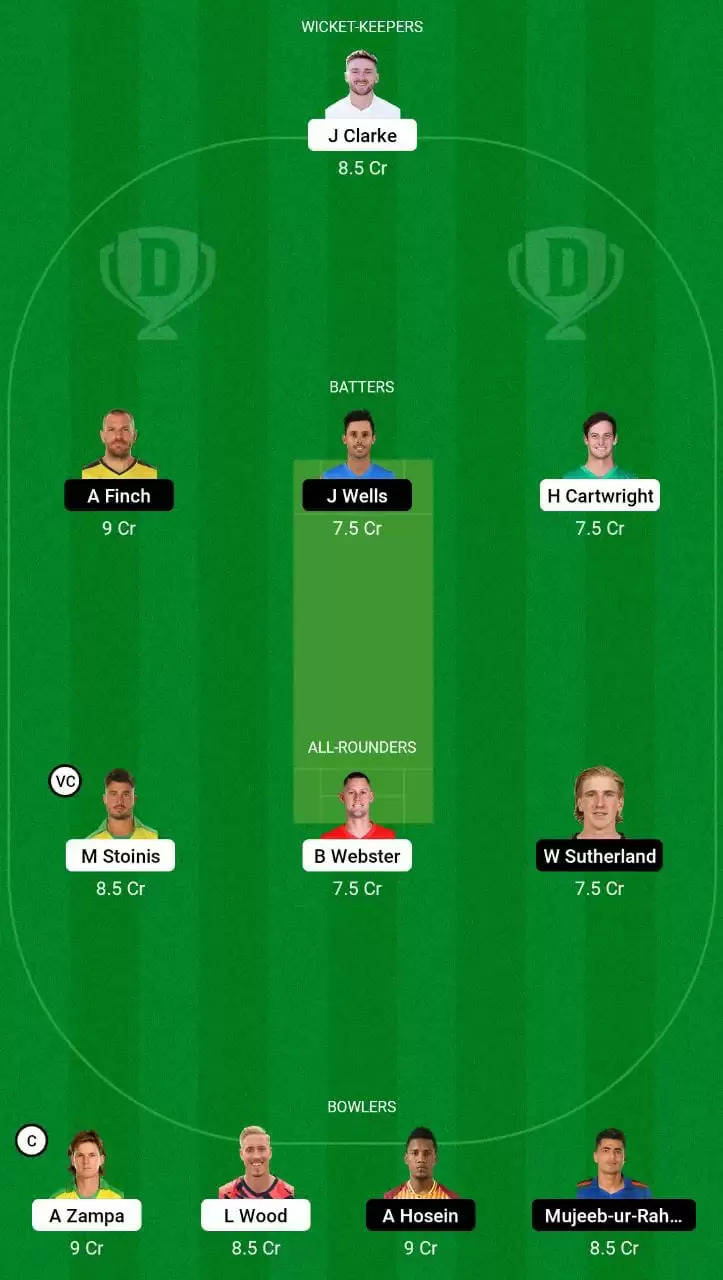 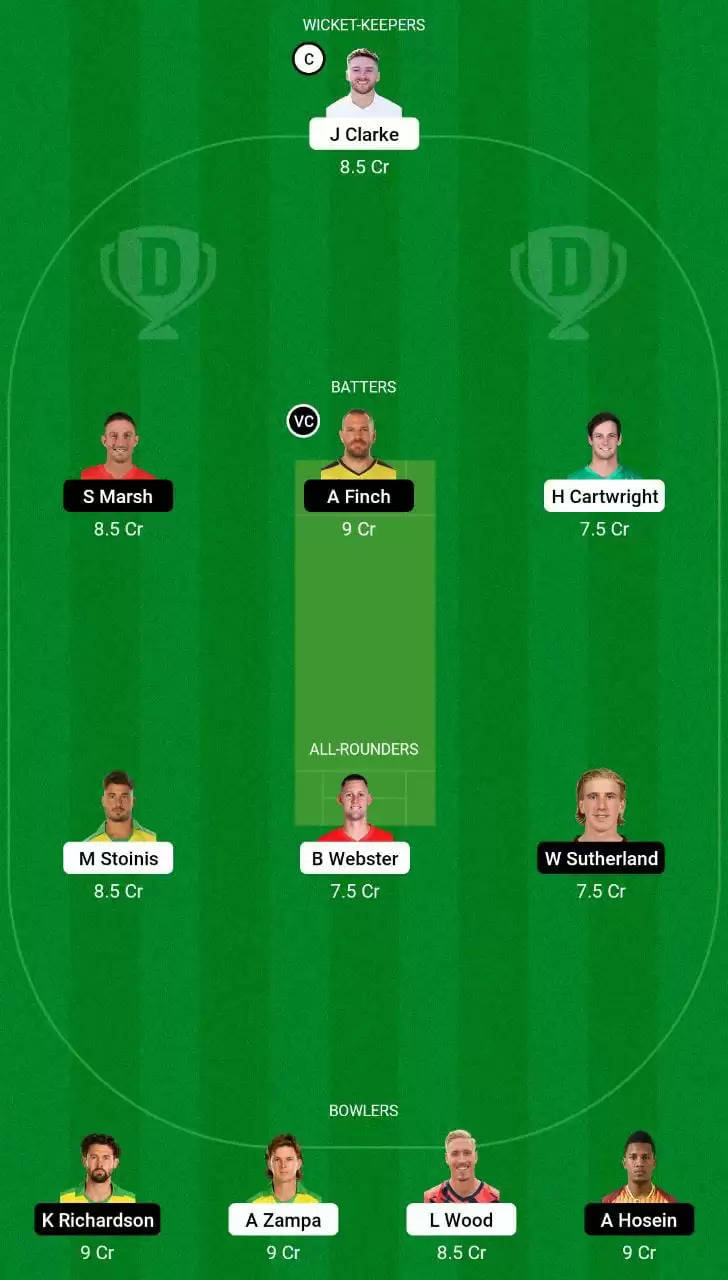