STA vs SIX Dream11 prediction: All you need to know about the BBL match between Melbourne Stars and Sydney Sixers.
By Robin Sharma Fri, 6 Jan 2023 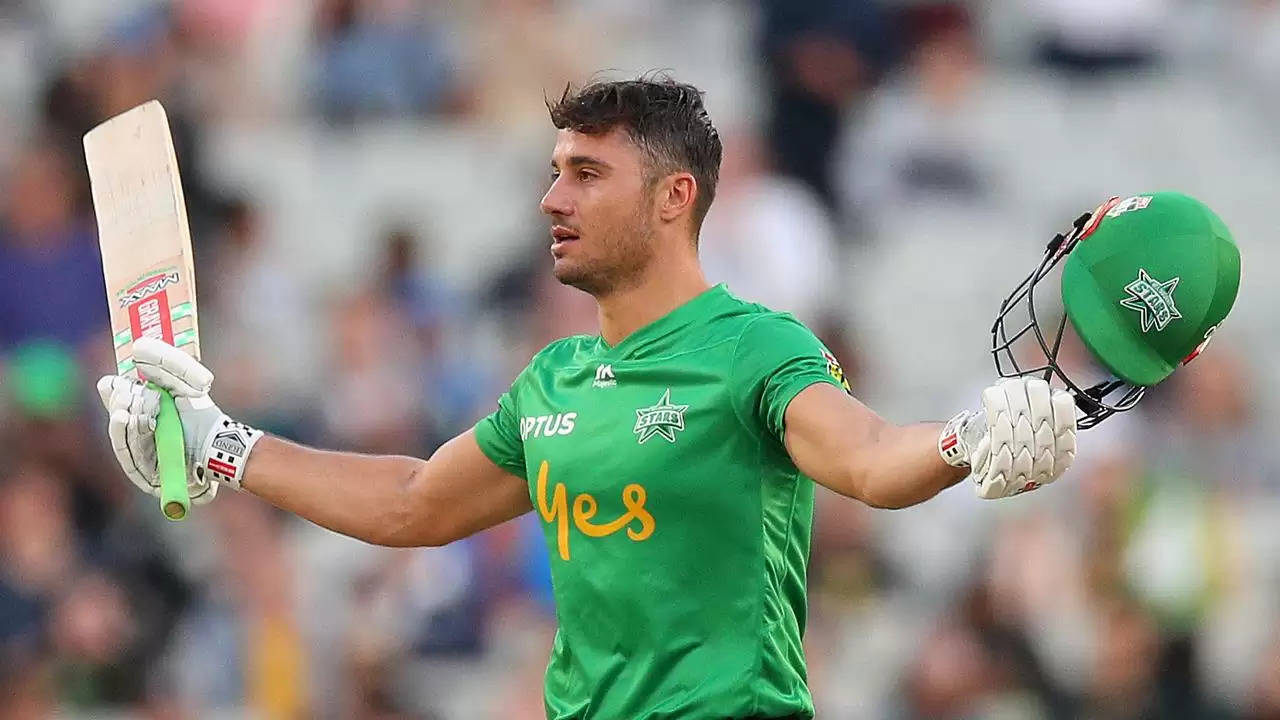 The Melbourne Stars are at the bottom of the points table with only 2 wins in 7 matches. They have lost their last 4 games and are looking in all sorts as a team. They need to be consistent with the bat. The likes of Marcus Stoinis, Joe Clarke, Beau Webster, Hilton Cartwright and others must take responsibility. Their bowlers are in good form. The Stars will look to bounce back on the winning track in this game.

Sydney Sixers, meanwhile, are in the 3rd position with 4 wins in 8 matches. Their last game got washed out. They are looking in top form as a team. The batters are in good form and the bowlers have been decent but there is room for improvement. Sean Abbott is not at his best with the ball while the spinners despite Steve O’Keefe have been average. The Sixers will be eyeing a win in this game.

The pitch at MCG is expected to be a good one for batting. New ball bowlers will get some movement while the spinners will come into play in the later phase of the match. Overall, the batters will dominate this game. The average first innings score here is 161 runs and chasing sides have won 58% of the games played here.

It will be a bright sunny day in Melbourne. There will be no weather interruptions in this match.

Steve O’Keefe will miss this game.

Unchanged squad for the Melbourne Stars.

Sydney Sixers are looking more balanced as a team and they have already defeated the Stars once this season. Sydney Sixers will be the favourites to win this match.

Campbell Kellaway: Campbell Kellaway’s fantasy potential is too low as he’s batting down the order and is not looking in good form as well. He won’t get many opportunities to leave an impact in this game. 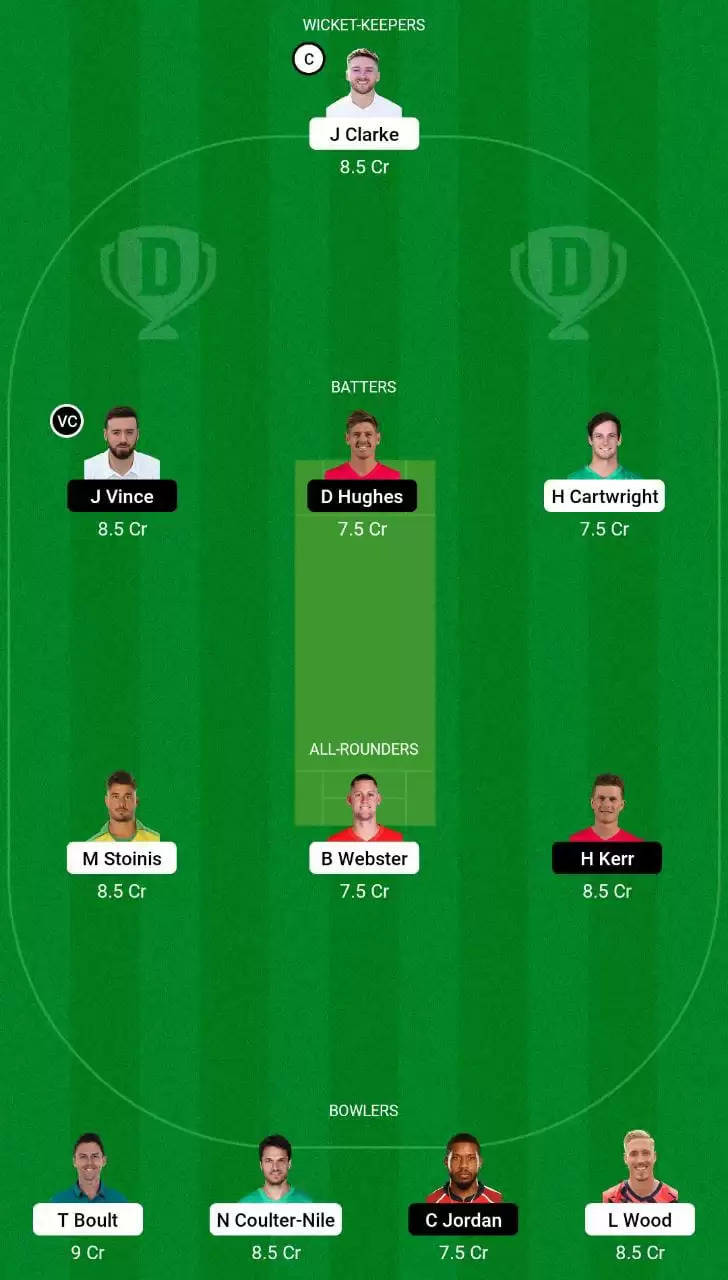 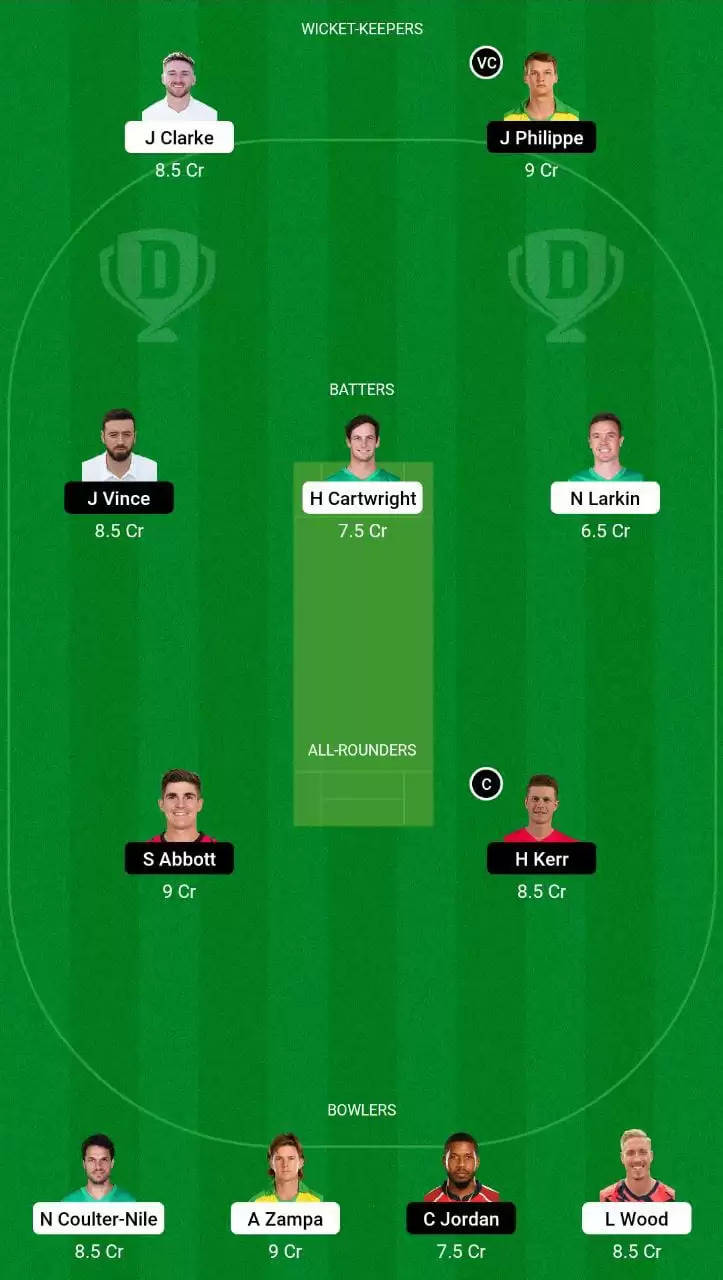