STR vs REN Dream11 Prediction: All you need to know about the BBL 2022-23 match between Adelaide Strikers and Melbourne Renegades.
By Robin Sharma Tue, 10 Jan 2023 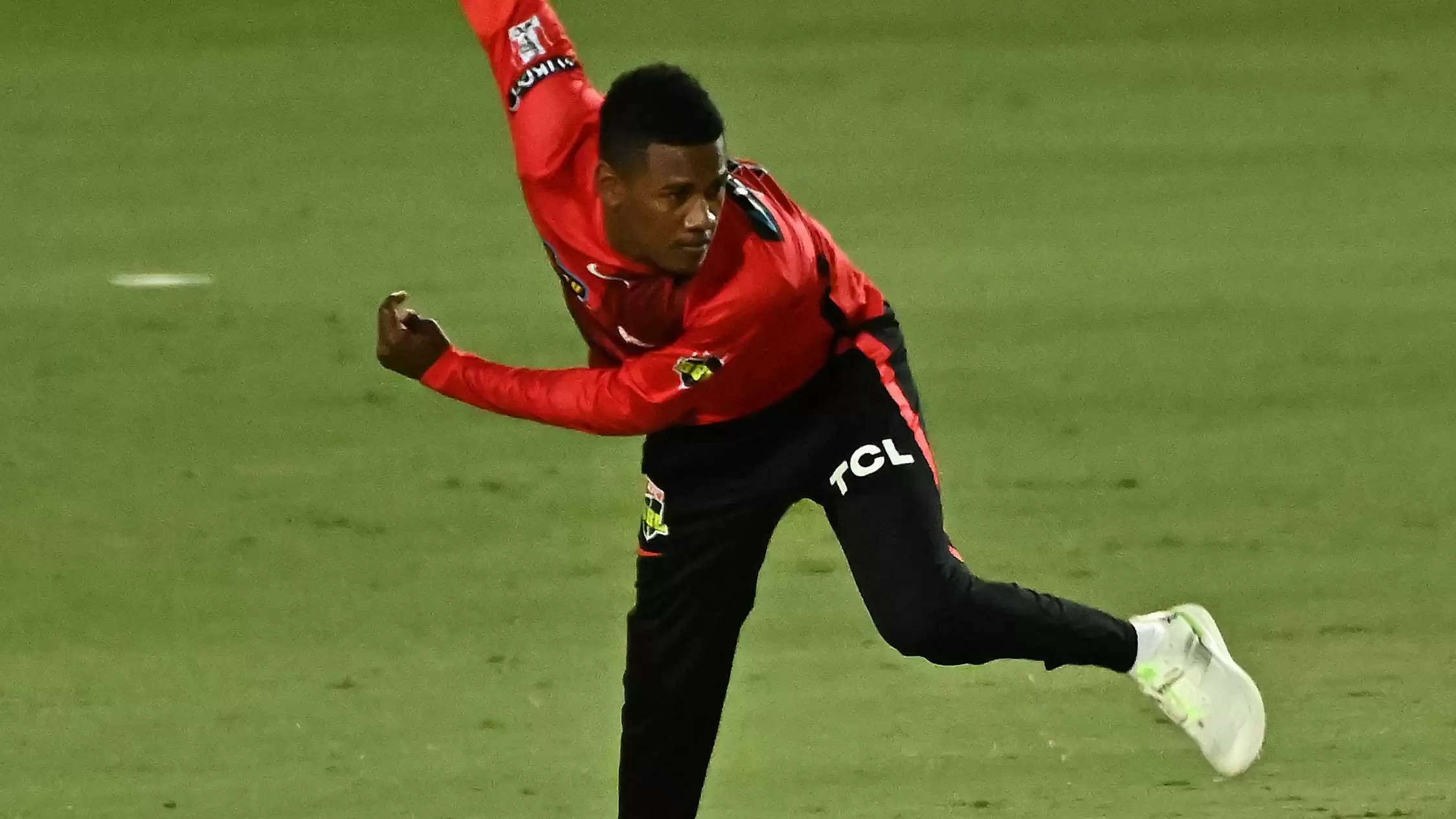 The Adelaide Strikers are in 5th place with 4 wins in 8 games. They won their last game by chasing down a mammoth total of 230 runs. Matt Short and Chris Lynn were the stars with the bat. They are in great form as a team, especially with the bat. They need some improvement with the ball. The Strikers will look to continue their winning momentum in the last game.

Melbourne Renegades have been in top form as they’ve won their last two games. Their bowlers have been in great form while the batters have been decent but they need to step up their game and be consistent. They’ll have a couple of new faces in this game after the international players left for other franchise leagues. The Renegades will be eyeing their third consecutive win in this game.

Runs will flow in this game as Adelaide is one of the best pitches to bat on in the Big Bash League. 230 was chased down at this venue in the last game. The boundaries on the squares are very short while the straight boundaries are on the longer side. The ball will come onto the bat nicely. The average first innings score is 167 runs and the chasing sides have won only 39% of the games played here. Bowlers of the second innings will be important in your fantasy teams.

It will be a clear day in Adelaide with no chance of rain.

Rashid Khan has left for the SA20. Cameron Boyce will replace him in the eleven.

Akeal Hosein and Mujeeb ur Rahman are unavailable for the Renegades. Matt Critchley and one of Jack Prestwidge or Ruwantha Kellapotha will replace them.

The Adelaide Strikers will start as the favourites as the Renegades have lost a couple of key players.

Harry Nielsen: Harry Nielsen is batting too low. He isn’t getting enough chances to make an impace with the bat. He won’t give many points from wicketkeeping as well. Nielsen will be our player to avoid. 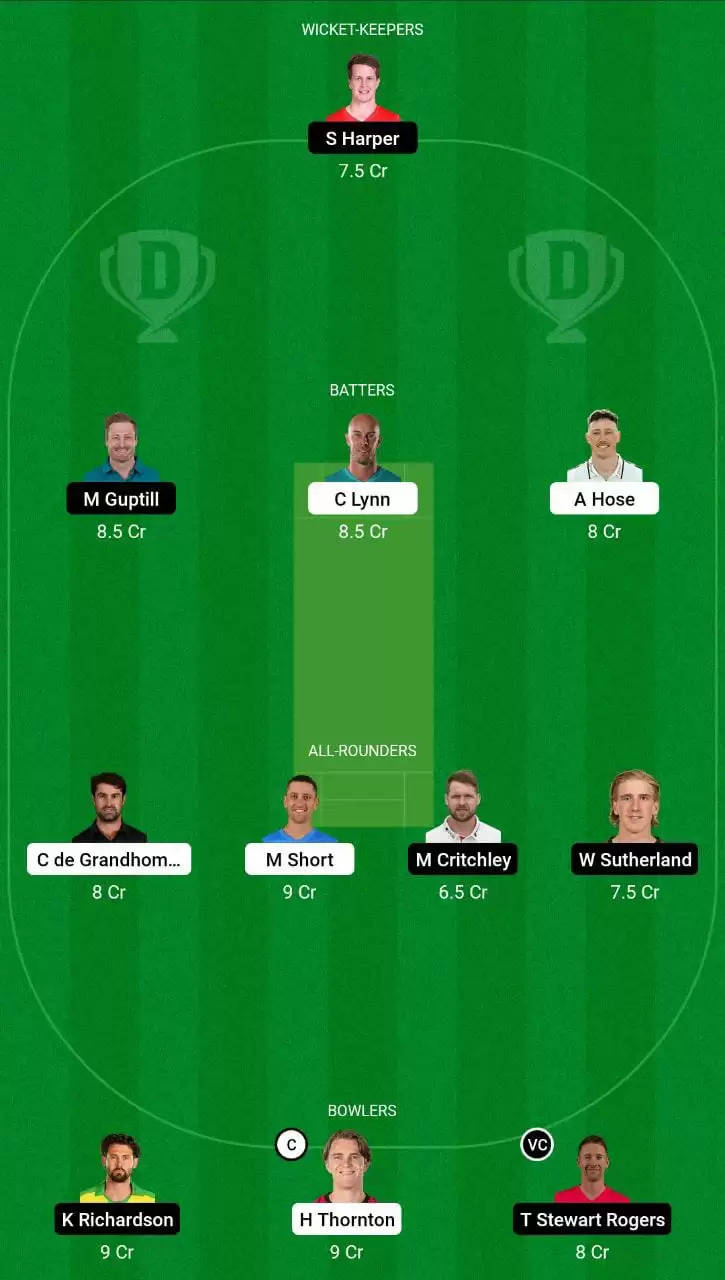 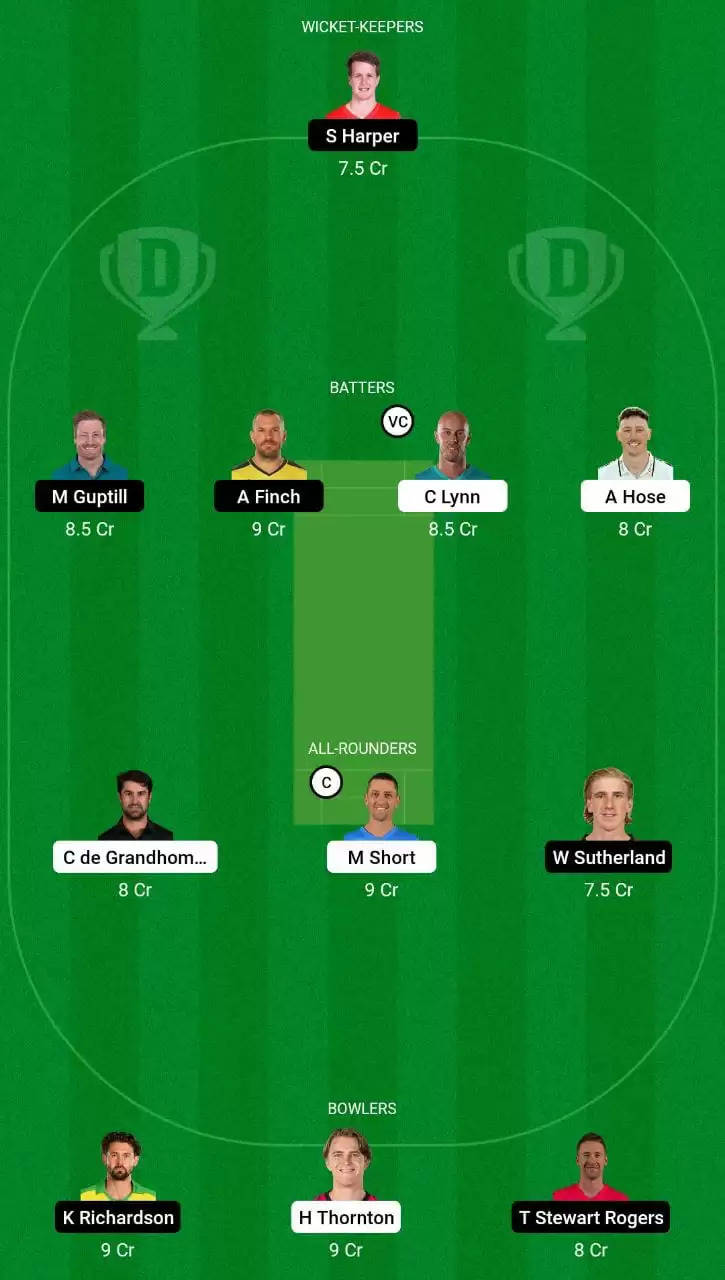