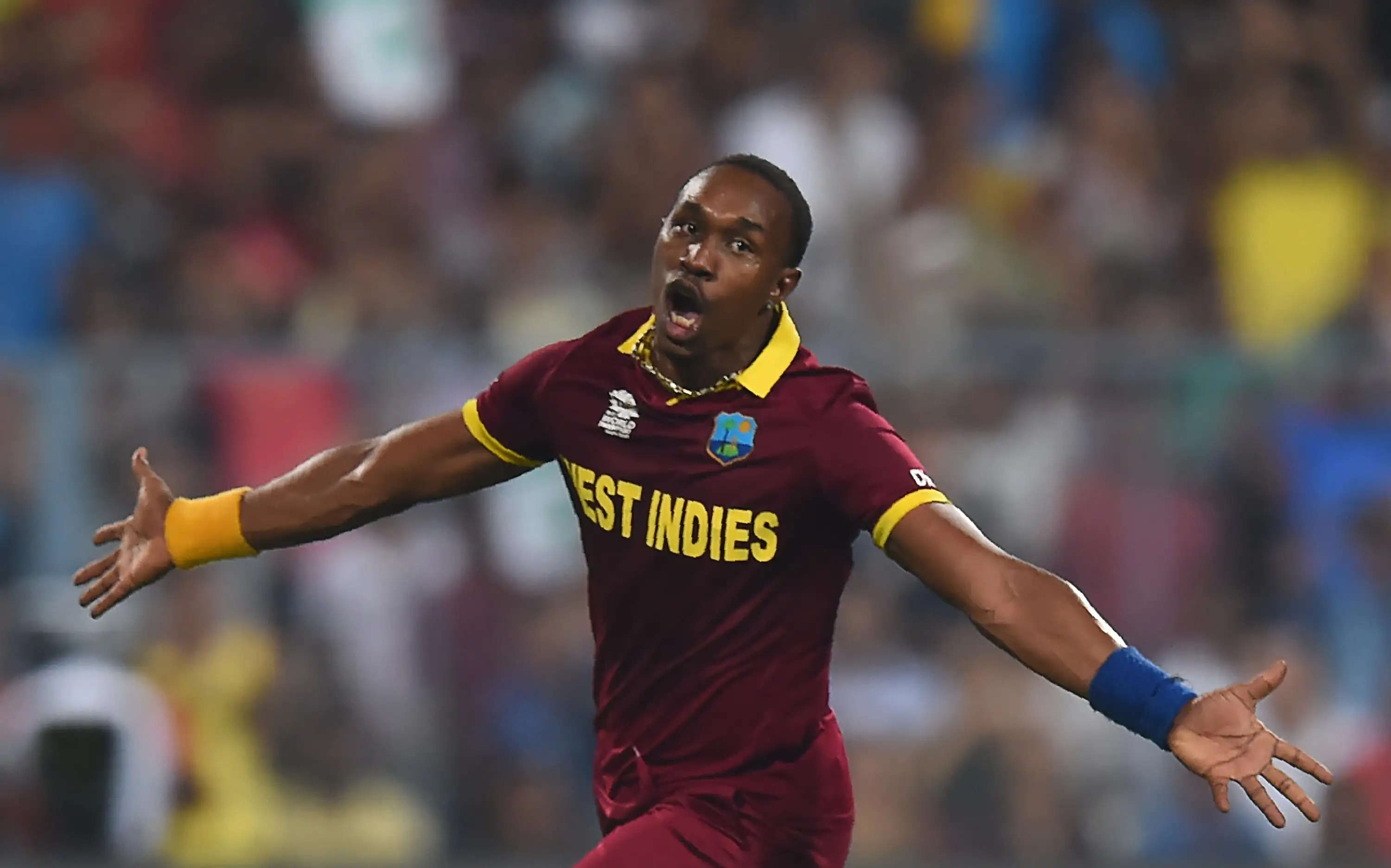 Team Abu Dhabi had a poor start to their campaign as they lost their first game by 35 runs against the Deccan Gladiators. They have a very explosive batting unit with the likes of Chris Lynn, Alex Hales, James Vince, Fabian Allen and Brandon King. The top order failed miserably in the last game which was the main reason for their loss. They need some improvement in the bowling as they conceded 134 runs in the first game. They have quality players in their squad and they’ll look to bounce back strongly and win this game.

Delhi Bulls, on the other hand, won a thriller of a game against the Northern Warriors by 4 runs. Shiraz Ahmed defended 7 runs off the last over. They were spot-on with the ball. The batting unit needs to be consistent, especially the top order. Tim David (42 runs) was phenomenal with the bat. Delhi Bulls have a very experienced squad and they’ll look to continue their winning momentum in this game.

It will be an excellent pitch for batting. The ball will come onto the bat nicely and the batters can play their shots trusting the pitch. There will be some movement for the pacers with the new ball. Spinners won’t get much turn but the big dimensions will be a big help for them. The average first innings score here in the T10 league is 110 runs. Teams batting first have won all the games in the tournament till now.

There are no injury updates or any other news from either of the teams.

Both teams have many match-winners in their line-ups but the Delhi Bulls are looking more settled as a batting unit and they are expected to win this game.

Alishan Sharafu: Alishan Sharafu will bat in the lower order and he won’t contribute with the ball. He is one player whom you can avoid in your fantasy teams. 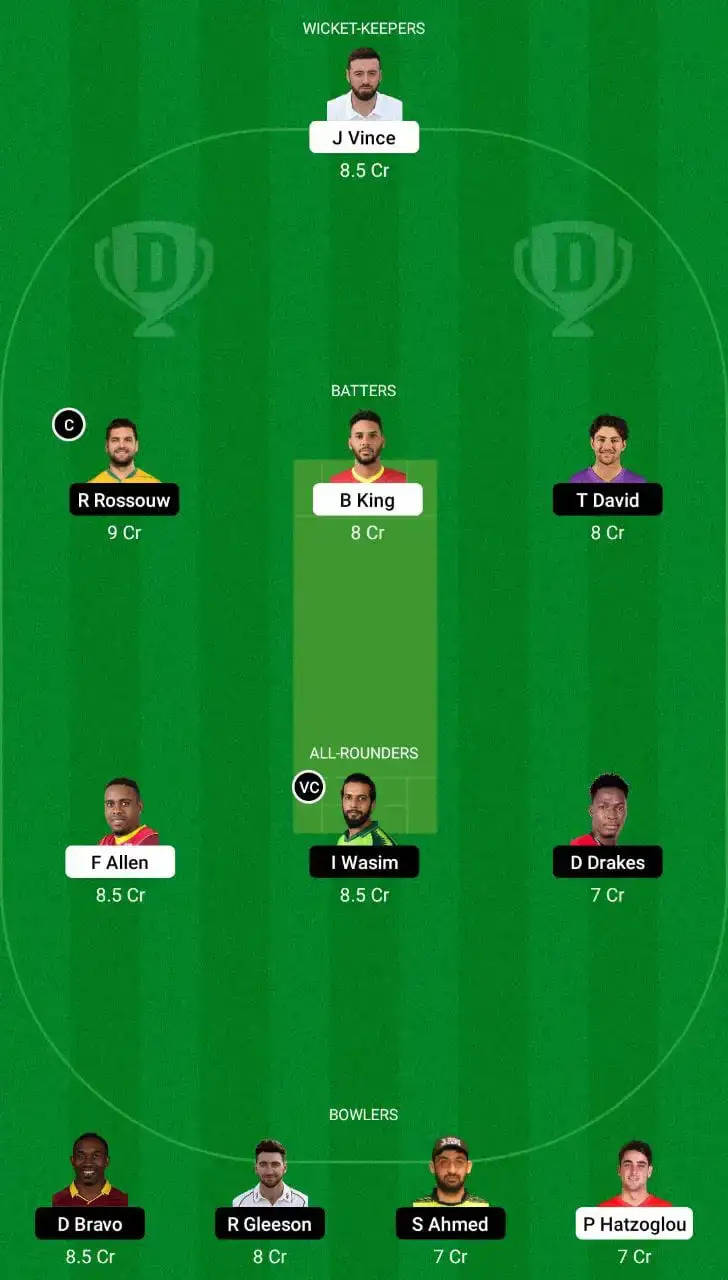 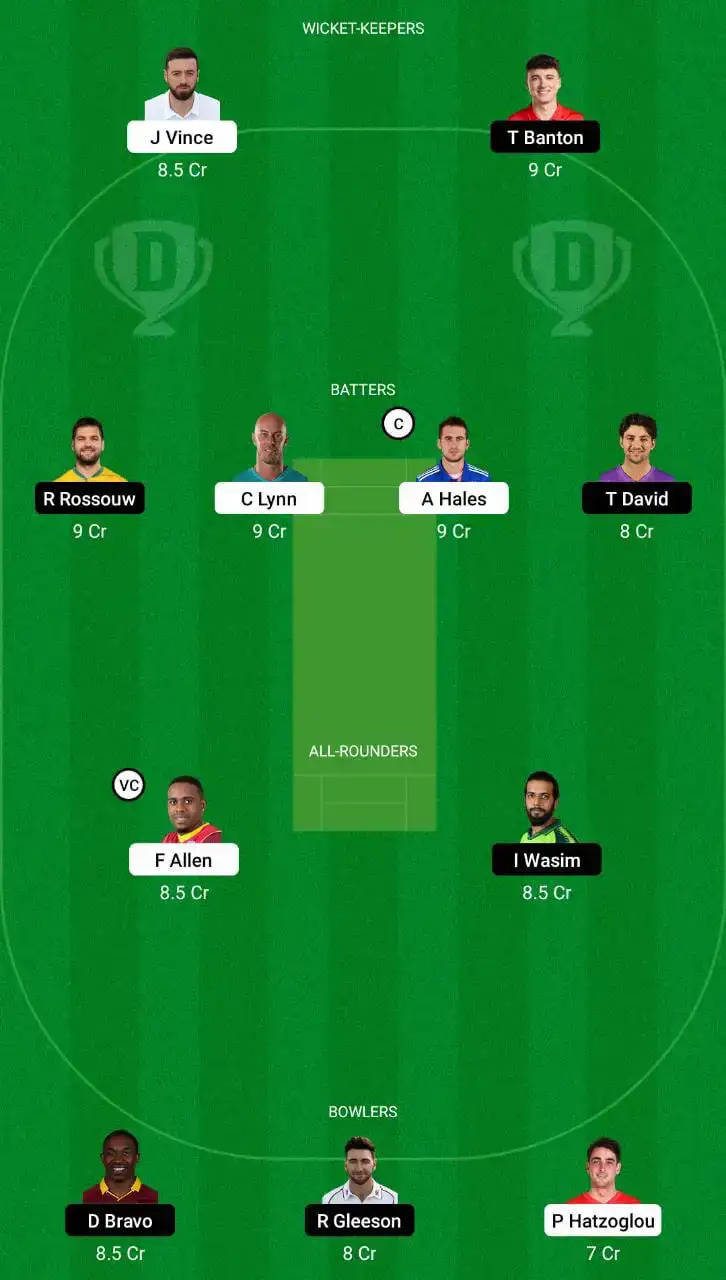