THU vs HUR Dream11 Prediction: All you need to know about the BBL 2022-23 match between Sydney Thunder and Hobart Hurricanes.
By Robin Sharma Sat, 31 Dec 2022 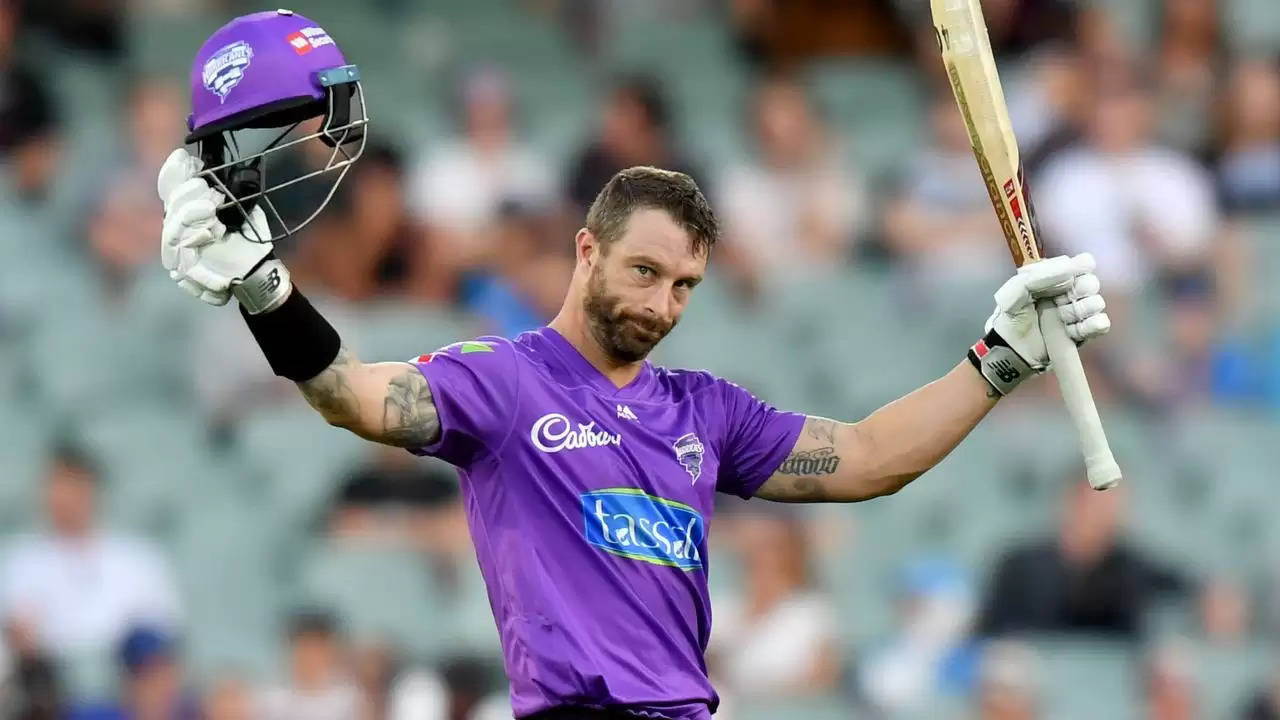 Sydney Thunder, after 3 consecutive losses have won their last two games. They are looking in great form as a team with most of the players in good form. They are in the 5th position. Matt Gilkes and Alex Hales regaining their form are a big positive for them. The middle order is in top form as well while the bowlers have been very consistent. They will look to continue their good form in this match.

Hobart Hurricanes, on the other hand, have won 2 games and lost 2 and are in the 6th position. They are having some unavailability issues with their big names as Ben McDermott is having some issues with his hamstring while Matthew Wade missed the last game. But they are in decent form as a team. Shadab Khan and the bowlers are the consistent performers for them. The Hurricanes won their last game by 8 runs and will be eyeing a win in this game as well.

This will be the first men’s BBL game at Albury. There have been only two WBBL games played here and the last game was played back in 2017. The pitch is expected to help the pacers with the new ball and the spinners will get some purchase as well but overall, the batters will dominate the game. The average first innings score here is 115 runs (2 matches in WBBL) and the chasing sides won both games.

There are chances of rain in this game.

Matthew Wade returns to the side for the Hobart Hurricanes. Ben McDermott is still not fit to play.

Sydney Thunder are in form as a team and they’ll start the favourites to win the game. The Hurricanes meanwhile are struggling to perform as a unit, especially with the bat. They’ll need their big guns to fire if they are to win this game.

Brendan Doggett: Brendan Doggett bowled well in one match but apart from that he hasn’t been very consistent with the ball and has been quite expensive as well. You can avoid him from your fantasy teams for this game. 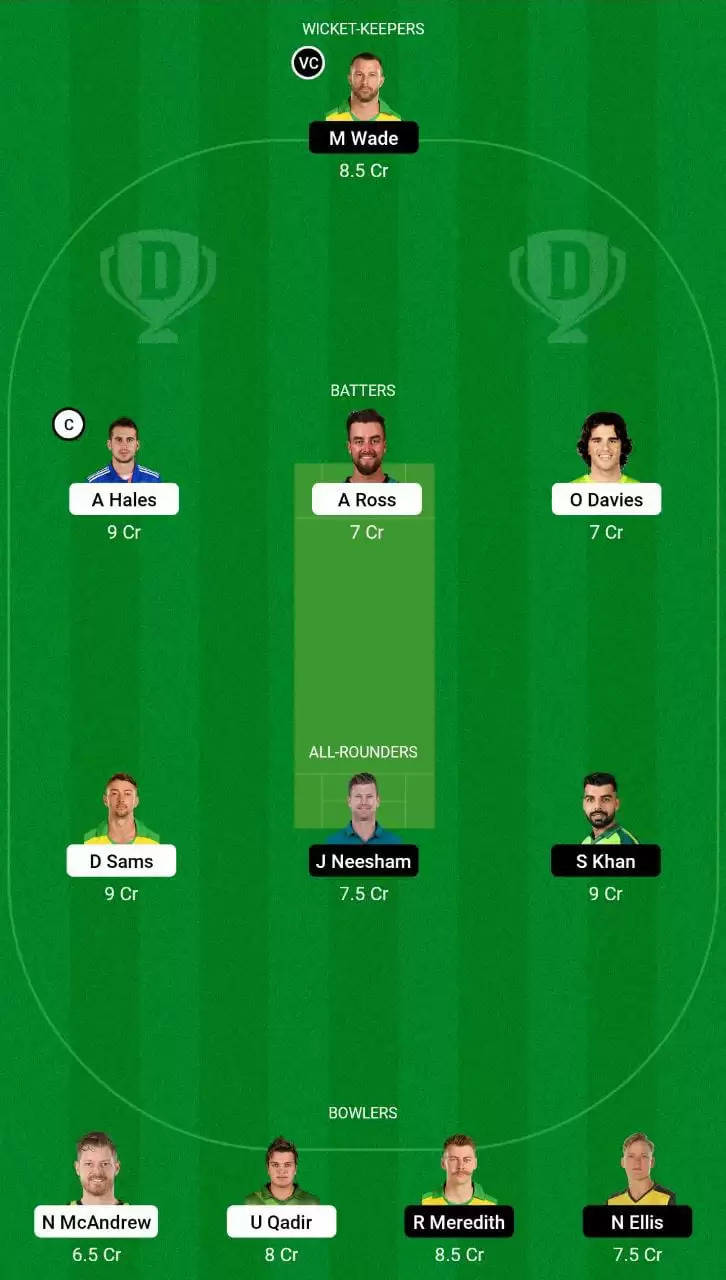 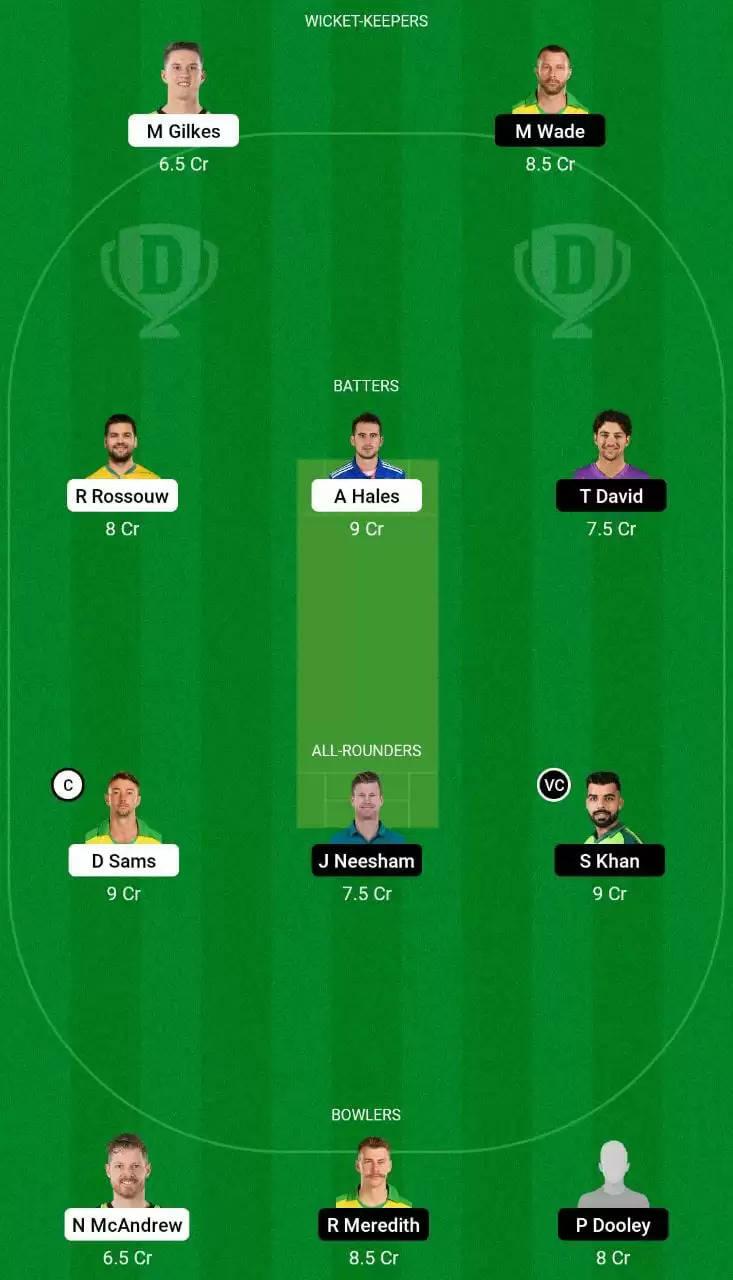