THU vs HUR Dream11 Prediction: Who is going to score most runs, pick up highest number of wickets and end up as winner of the Sydney Thunder vs Hobart Hurricanes match.
By Kaushik Kashyap Sat, 31 Dec 2022 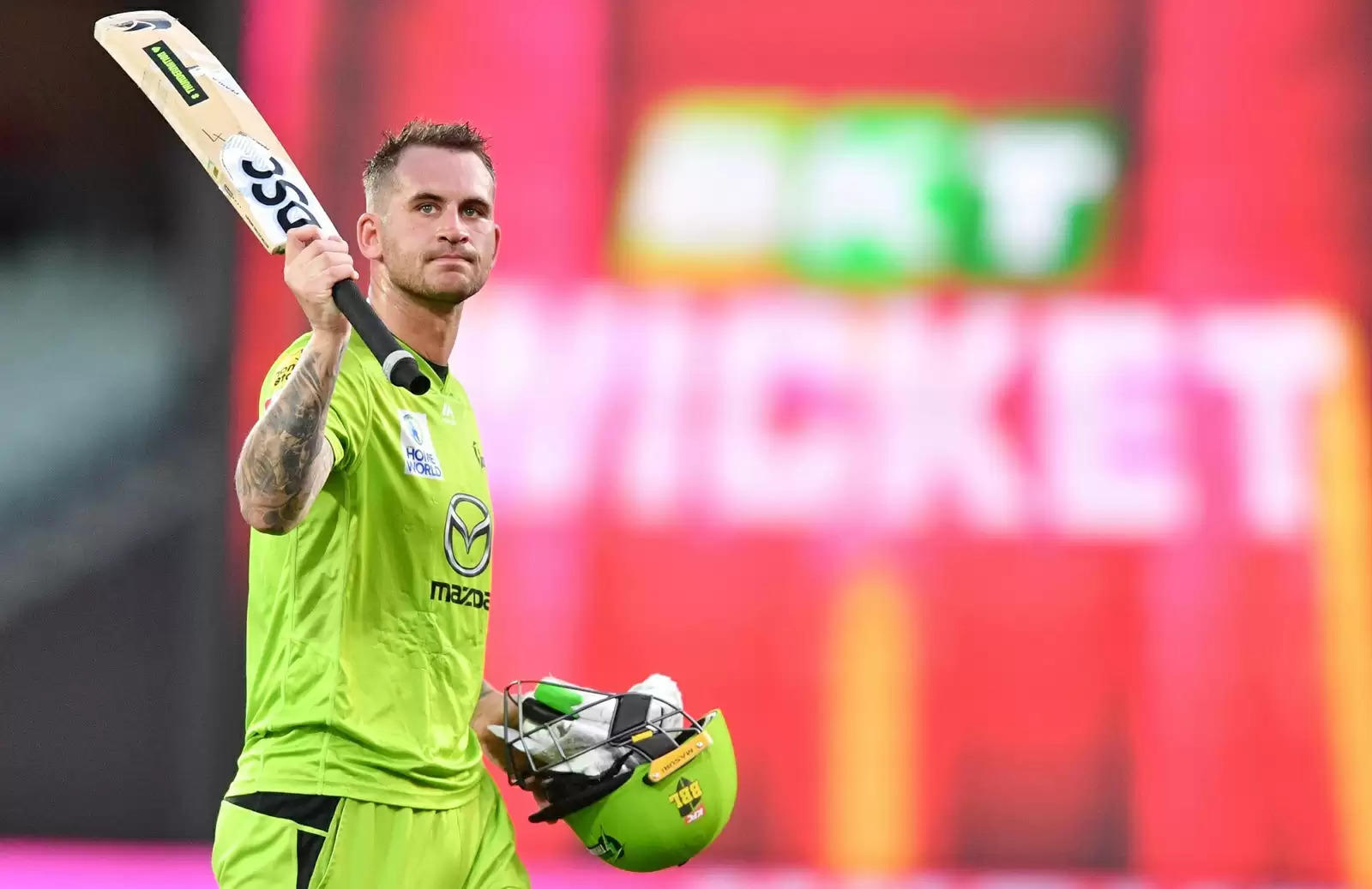 Sydney Thunder will take on Hobart Hurricanes in Match 22 of the Big Bash League 2022-23 season at the Lavington Sports Oval in Albury, on Saturday, 31st December 2022.

Alex Ross: Alex Ross is in good form this season and plays a crucial role for Thunder in the middle order. He has been striking above 140 this season and is a reliable option against the spinners. The condition of the pitch at Albury is quite unknown as not many competitive matches have been played recently at the venue. But according to whatever matches happened here a middle order batter like Alex Ross might get more time to bat and have a real chance to outscore everyone in this match. In addition Alex Ross is averaging 66.50 in his career against the Hurricanes.

Daniel Sams: Daniel Sams has 11 wickets in the Big Bash this season at a strike rate of 12. He loves bowling against the Hurricanes as well and is currently the second highest wicket taker against them for Sydney Thunder. In the absence of Gurinder Sandhu, Daniel Sam's role with the ball will be even more important in this match.

Paddy Dooley: The Hurricanes’ spinner is having a brilliant season with the ball. He has been one of the newest heroes in this tournament. Dooley has 9 wickets in four matches so far and takes a wicket every 10 balls. If we go with the past records of the playing venue, there is a good chance of Dooley finishing as the top wicket taker of the match.

Riley Meredith: Riley Meredith was the star with the ball for the Hurricanes in their last victory over Melbourne Renegades. He has five wickets in his career against Thunder and a three wicket haul last time when these two teams met. In addition he has been in terrific form this season with 7 wickets at a strike rate of 12.8. Sydney Thunder has been the worst team (14 dismissals against right arm fast) against seamers with good pace. Considering Meredith’s good pace in his bowling there is a good chance of him emerging as the hero of this match as well.

THU vs HUR Dream11 Prediction: Who is going to win Sydney Thunder vs Hobart Hurricanes Match?

There is not much difference between Hobart Hurricanes and Sydney Thunder at this time of the tournament. Both the teams have won half of their matches this season. But considering Gurinder Sandhu’s unavailability there is a good chance for Matthew Wade and co to get the best out of their trip to Albury. Hurricanes should start this match as the favorites. They have three bowlers who are striking around 12 or below which can create problems for Thunder’s batting order. In the last three outings between these two sides, Hobart Hurricanes won two of them and also leads 10-7 in the overall head to head record.