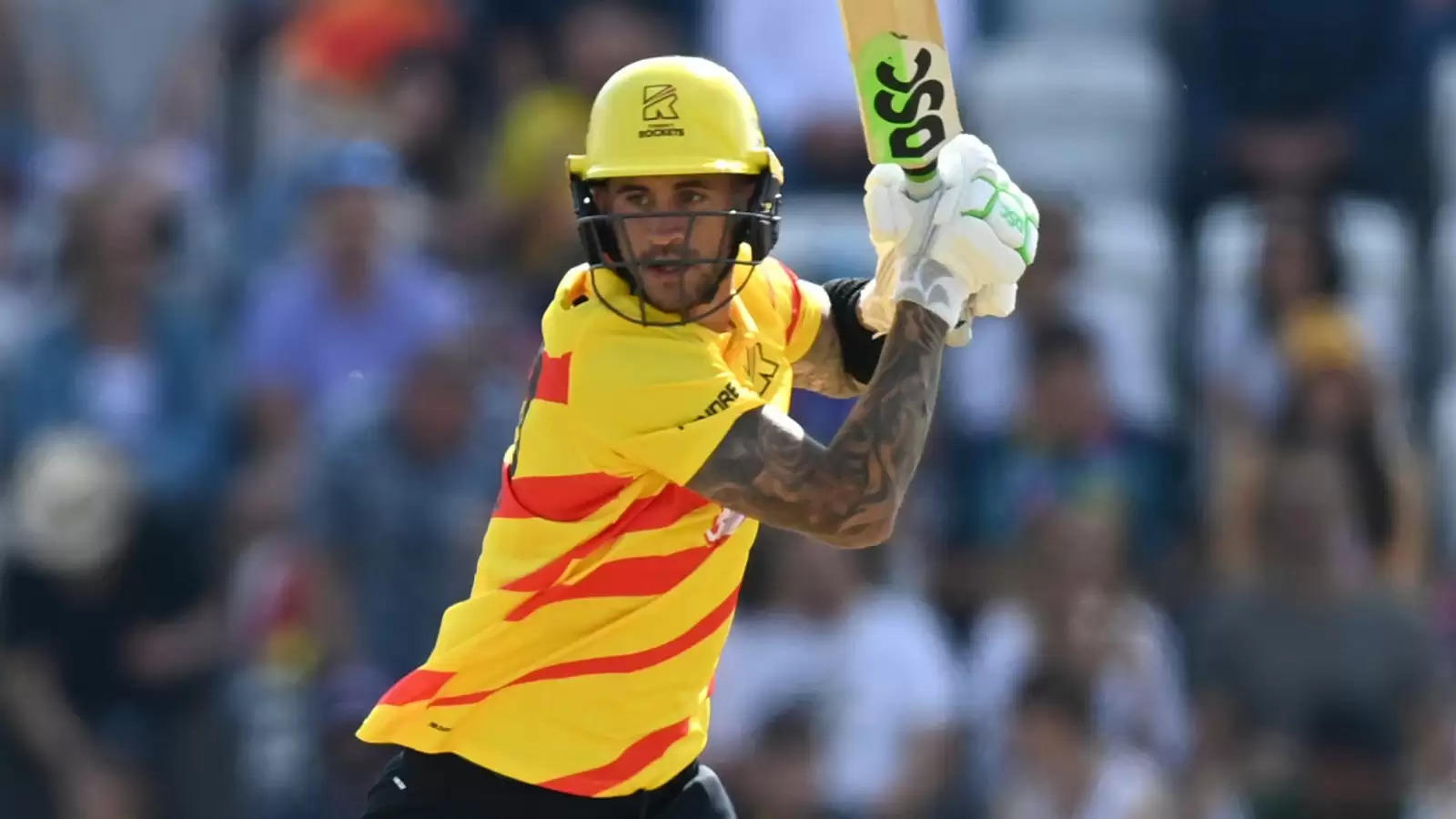 Trent Rockets have been the best side in the tournament after 28 matches. They are at the top of the points table with 5 wins in 7 matches. They have been in excellent form as a team and it reflects in their performance till now. The opening duo of Alex Hales and Dawid Malan have been exceptional while the likes of Colin Munro, Tom Cohler-Kaddmore, Daniel Sams, Lewis Gregory, and Samit Patel have been in good form as well with the bat. Luke Wood, Rashid Khan, Samuel Cook, Daniel Sams, and the others have been in top form as a bowling unit. This will be the last game of the league stage for the Trent Rockets and they will look to win it and confirm their place in the finals.

The Welsh Fire, meanwhile, has been below average as a team. They have failed miserably this season and are at the bottom of the points table after losing all the 7 games they have played. They are yet to win a game this season. The batting unit has struggled very badly. All the batters have been very inconsistent and that’s the main reason for their poor performance. Welsh Fire will look to win this game and end their campaign with a win.

It will be the batter’s paradise at Trent Bridge. Runs will flow at this venue and a high-scoring game is expected if Trent Rockets bat first. The average first innings score here is 171 runs in all T20s and it has been 191 in 2022. The ball comes onto the bat nicely and the boundaries are comparatively on the smaller side as well. Teams will prefer chasing but batting first sides have won 39 games out of 71 played here. Trent Rockets’ batting unit will enjoy this venue.

Trent Rockets are more balanced as a team and are in top form as well. They will be the clear favourites to win this game. 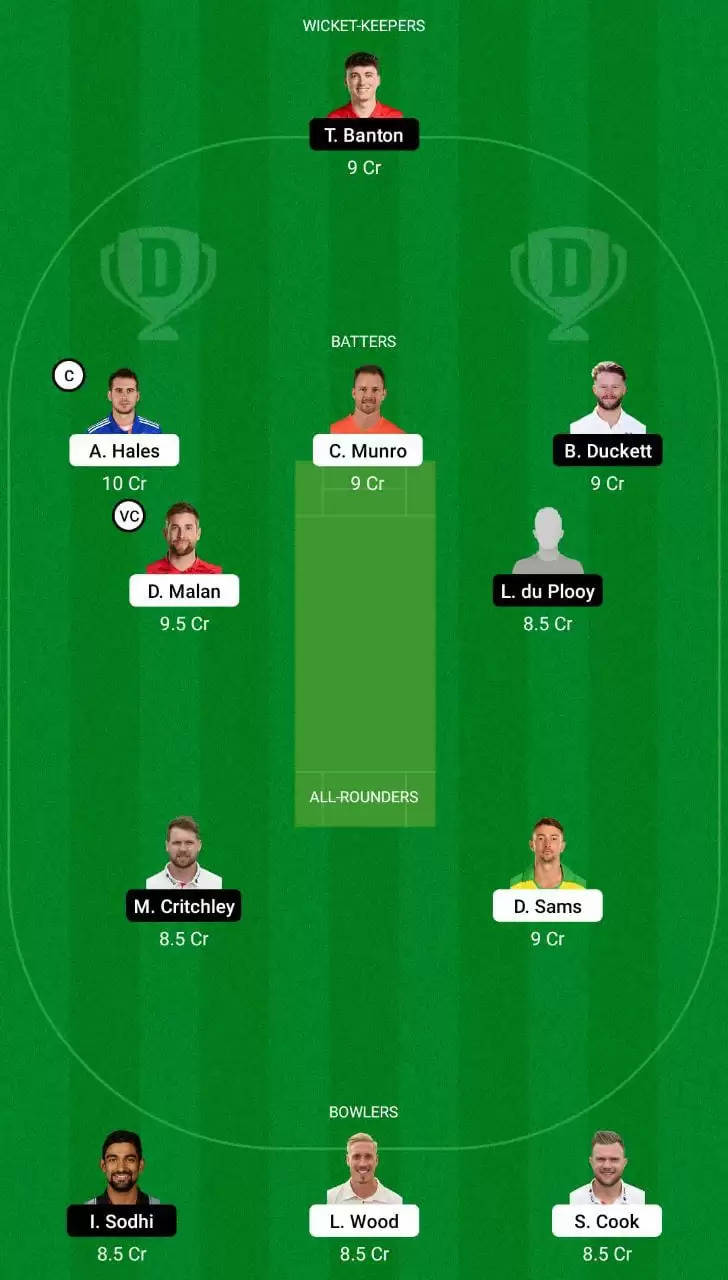 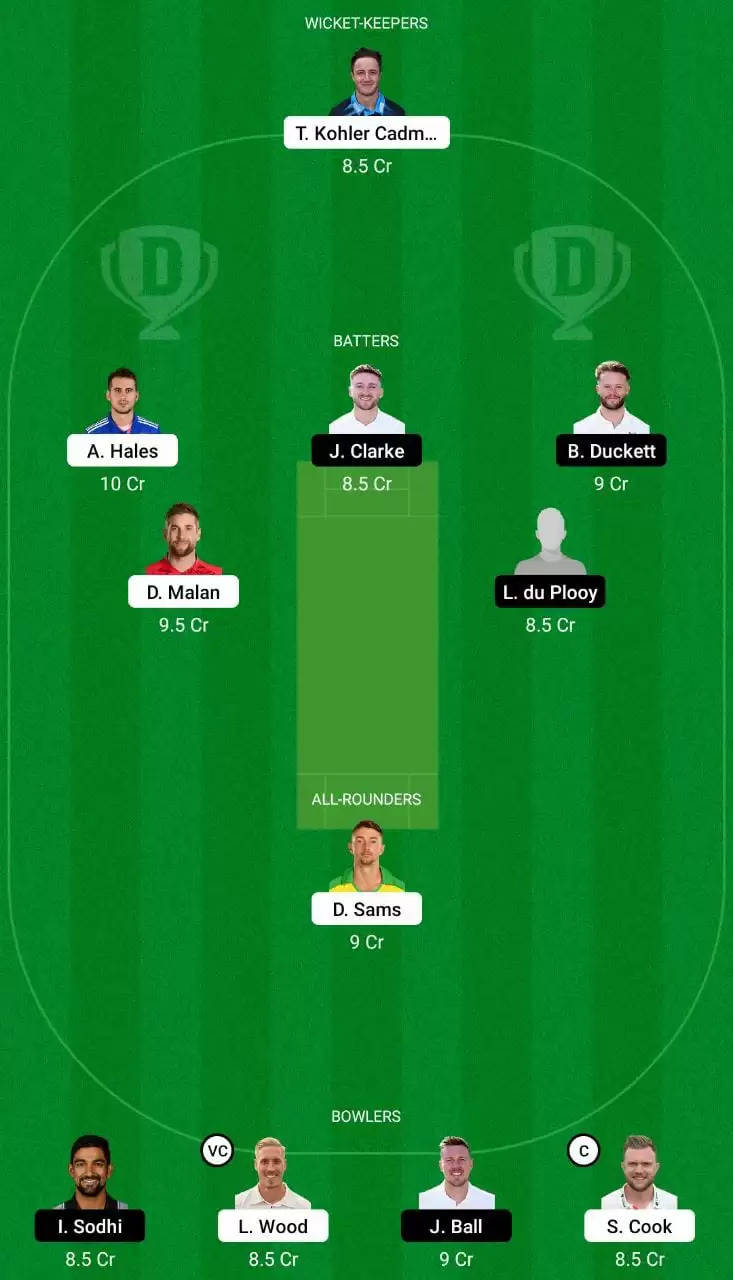 Which Contests to Join for TRT vs WEF Dream11 Match