This season has been an utter disappointment for the Welsh Fire. They are yet to win a match this season. They have lost 6 matches in a row and are at the bottom of the points table. Their batters have failed miserably in all the games while the bowlers have done well. The likes of Ben Duckett, Tom Banton, David Miller, etc have failed very badly. They will look to play for pride and win the remaining two games including this one and end their campaign on a good note.

Northern Superchargers have been disappointing as well as a team. They are in 6th position with 2 wins in 6 games. They have lacked consistency as a team and that’s the main reason for their poor performance. Big names like Faf du Plessis, Harry Brook, and David Willey have failed with the bat and it has cost them big time. The bowlers have been inconsistent as well. Northern Superchargers are also out of the top 3 race and they’ll also look to play for pride and win their remaining games.

The pitch at Sophia Gardens will be a two-paced one. Batting won’t be as easy here as it has been at other grounds. Spinners and bowlers who use cutters and variations will be very useful on this deck. Batters will have to get in before playing their shots. The average first innings score here is 154 runs in 55 T20 games. In 20 matches out of the 55, the score has been below 150 runs. Teams chasing have won 27 games.

Both teams are struggling at the moment but the Nothern SUperchargers are in a way better position than the Welsh Fire and will start as the favorites to win this game.

Welsh Fire may bring in Tom Banton for Jacob Bethell or maybe both of them can play as Banton can replace Joe Clarke.

Dwayne Bravo has left for the CPL and Wayne Parnell should replace him in the eleven for the Northern Superchargers. 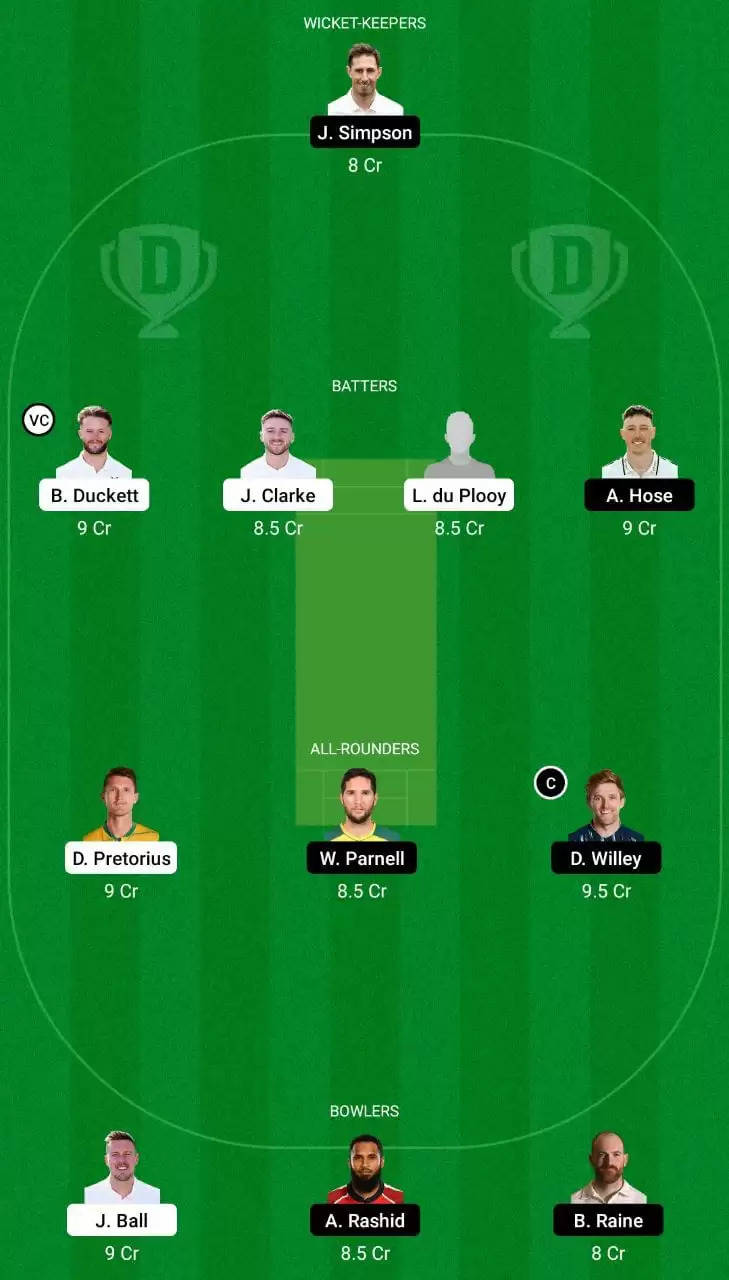 Which Contests to Join for WEF vs NOS Dream11 Match