Match Details: 19th September 2019 4:30 AM IST Kensington Oval, Bridgetown, Barbados Preview: The final game of the Australian tour of West Indies takes place in the early hours of Thursday at the Kensington Oval. The Australian Women have been thoroughly professional in this series with five wins out of five matches across two formats. Captain, […]
By Dwijesh Reddy Wed, 18 Sep 2019 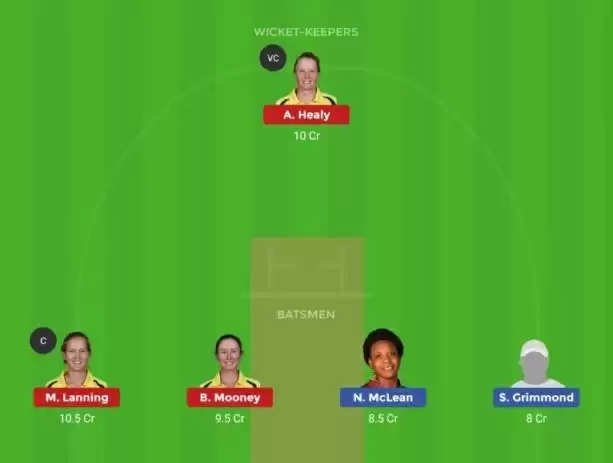 The final game of the Australian tour of West Indies takes place in the early hours of Thursday at the Kensington Oval. The Australian Women have been thoroughly professional in this series with five wins out of five matches across two formats. Captain, Meg Lanning and Alyssa Healy have been sensational for them with either of them leading their side to a win in the first and second T20-I respectively. They look forward to a clean-sweep in the T20 format while West Indies have only pride to play for after five disappointing performances. Without Hayley Matthews and Deandra Dottin, the onus is on Stafanie Taylor to deliver the goods against a rampant Australian side on Thursday.

There isn’t any threat of rain for this game with a full game set to take place. Either side will look to chase on this surface with the ball coming on nicely as the match progresses. Spinners will have a major say with the pitch being a touch on the slower side in Barbados

In the previous game, the surface was on the slower side and made life difficult for the batsmen with the threat of rain as well. One shouldn’t expect the pitch to change too much while overcast conditions will make things even tougher for the batters.

With the series done and dusted, Heather Graham should get a game at the expense of Delissa Kimmince while Nicola Carey or Tayla Vlaeminck could also be included instead of Erin Burns. The batting unit should remain the same although they seem to be heavily dependant on Healy and Lanning. The likes of Mooney and Perry are expected to come up with better performances in the final game of the tour

As for the West Indian women, no changes are expected from them with lack of resources on the bench for them. They haven’t been able to get themselves in and apply their skills with only Grimmond able to do so. Their bowlers haven’t picked wickets consistently as well with a lot depending on Afy Fletcher and Connell on Wednesday.
Britney Cooper, Kyshona Knight, Stafanie Taylor, Stacy Ann-King, Natasha McLean, R Boyce, Sheneta Grimmond, Chinelle Henry, Afy Fletcher, Shabika Gajnabi and Shamilia Connell

The best performers of the T20 series so far, Meg Lanning and Alyssa Healy are two individuals who should do well at the top of the Australian order on Thursday as well. Their ability to score big runs regardless of the nature of the pitch makes them valuable assets. Similarly, Megan Schutt has also been in good form with four wickets in two games. She is another good option along with Ashleigh Gardener and Ellyse Perry. From the West Indian roster, Sheneta Grimmond and Chinelle Henry are picked while Natasha McLean should overcome her poor form and score some runs against a formidable Australian bowling unit. 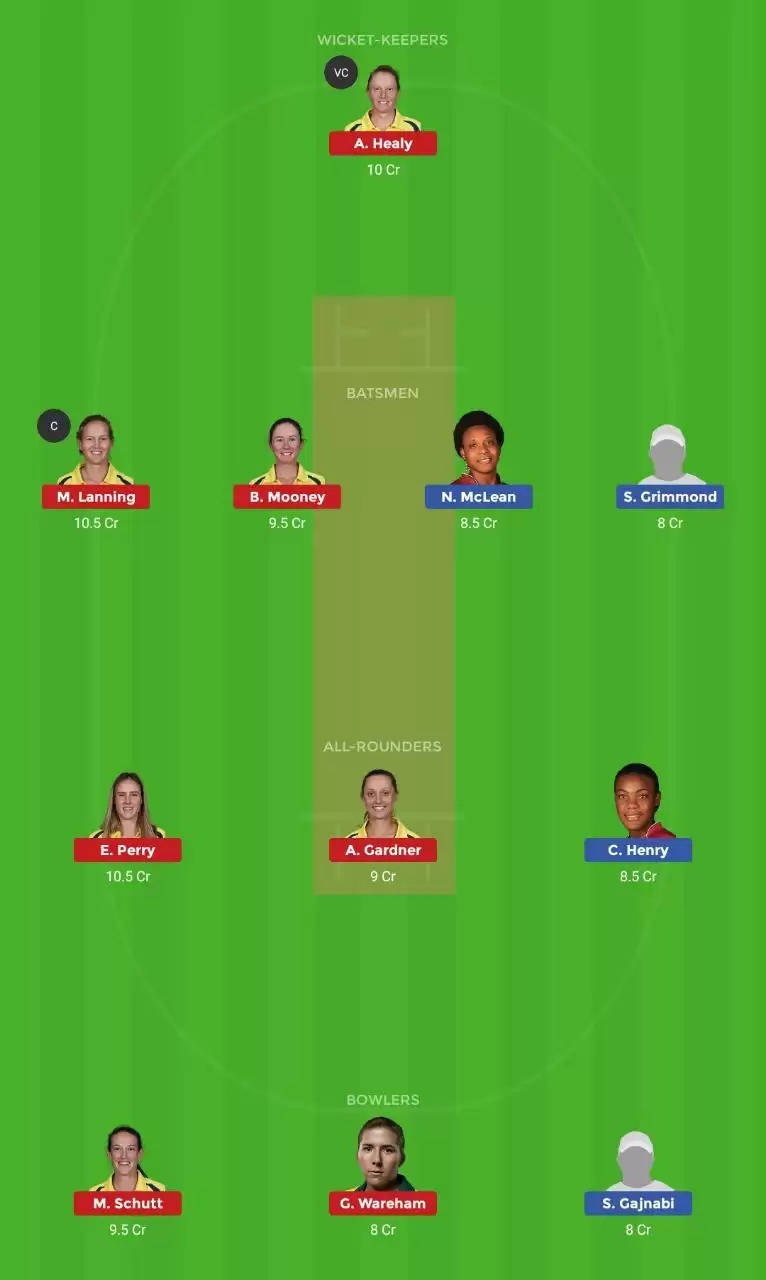