ZIM vs IRE Dream11 Prediction: All you need to know about the second T20i match between Zimbabwe and Ireland.
By Kaushik Kashyap Sat, 14 Jan 2023 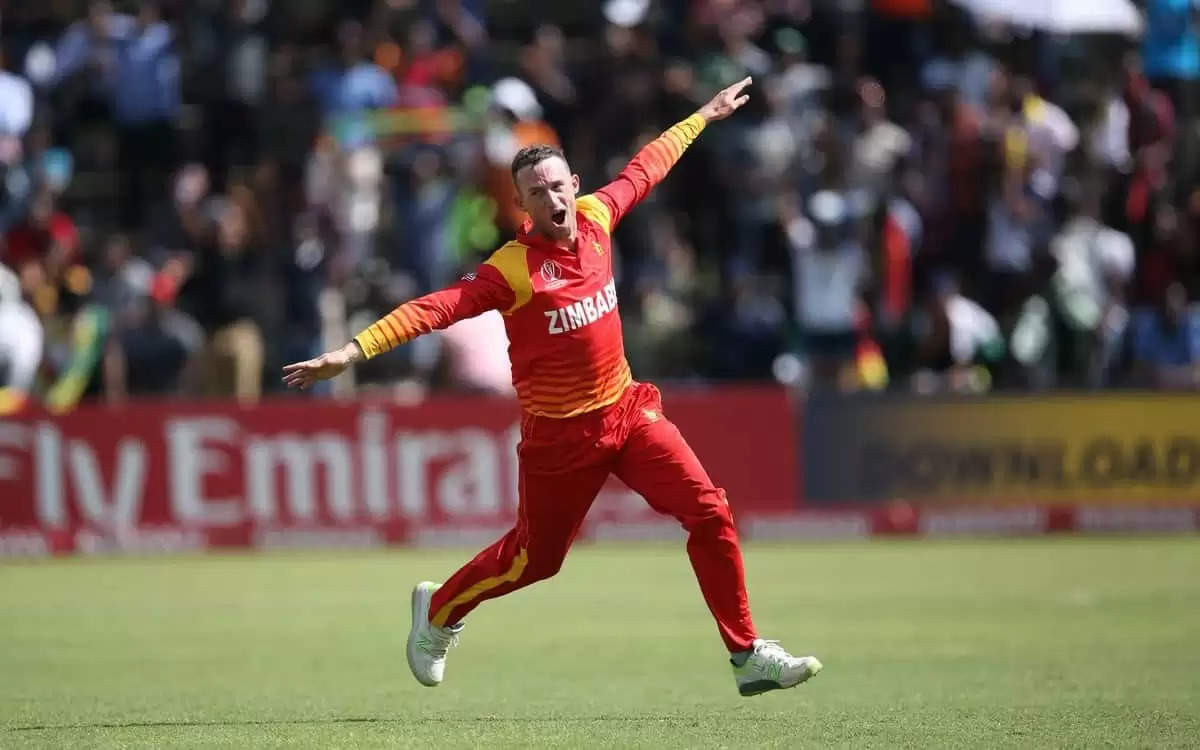 Zimbabwe to play Ireland in the second T20I of the three-match series on Saturday, 14th January at Harare Sports Club.

Zimbabwe won the first T20I and will be looking to seal the series in this match with one game remaining on Sunday. Their bowlers looked in top form, who used the conditions well and broke the back of Irish batting. However, their batting were not as convincing while chasing a low target and due to the experience of Gary Ballance and Sean Williams, Zimbabwe got themselves through. Skipper Craig Ervine will be hoping his bowlers to continue the momentum and his batters to have a better day with the bat in the second T20I.

On the other hand, Ireland clearly looked like a team missing their star players. They had a horrible day with the bat, with no one stepping up with a big score. The bowlers tried their best throughout the second innings but the runs on the board were not enough. Andrew Balbirnie will be hoping to not repeat the same mistake in the second T20I and regroup among themselves to stay alive in the series. They will be looking to win the second T20I and level the three-match series by 1-1 to play the final on Sunday.

Also Read: ZIM vs IRE Live Streaming Details: When and where to watch Zimbabwe vs Ireland T20I and ODI series 2023 LIVE in India and Other Locations, Squads, Dates, Timings and Venues

The pitch at the Harare Sports Club is expected to be a low scoring one. It will help both seamers and spinners throughout the game. Batters can score runs at a good rate once they are settled. The first innings score is expected to be around 140. Team winning the toss will bowl first.

The weather looks clear in Harare throughout the day. There is no rain predicted during the match time.

No injury or unavailability updates are reported from the two teams.

Both the teams are well balanced on paper. However, Zimbabwe should be able to win this match.

Mark Adair: Mark Adair will be a brilliant captaincy choice for this match. He took 2 wickets in the first T20I and gave away just 12 runs in three overs. He is also the highest wicket-taker in T20Is involving these two sides. The Irish seamer has 18 wickets at a strike rate of 8.2.

Wessly Madhevere: Madhevere looked in great touch in the first T20I but unfortunately could not convert his start to a big innings. He was the second highest run-scorer for Zimbabwe in T20I last year. In addition, nobody has more T20I runs than Madhevere at the venue. In 12 innings Madhevere has 385 runs at an average of 32.2, including four half centuries. He will be an excellent captaincy choice for this match.

Harry Tector: Tector is one of the exciting names in the Irish XI. He will be another great captaincy choice as the 23-year-old bats at 4 in this batting order for Ireland and can chip in some overs with the ball as well. In fact he picked up two wickets in the first T20I which gives us a glimpse of his all-round abilities.

George Dockrell: Dockrell is known for his aggressive match changing cameos. He will be a top differential pick ahead of this match. The Irish all-rounder is expected to get a fair amount of time to bat in this match and in addition, his abilities with the ball will be even more crucial for Ireland.

Stephen Doheny: Doheny made his debut in the first T20I and looked to be a player to watch. It is advisable to keep him as one of the differential picks for this match. He got a good start to a struggling Irish innings but could not convert his start at the end.

Craig Ervine: Craig Ervine continues to disappoint with the bat. The Zimbabwe skipper was averaging around 16 in T20Is last year and could not create much of an impact in the first t20I as well. It is advisable to avoid picking him in your XI. 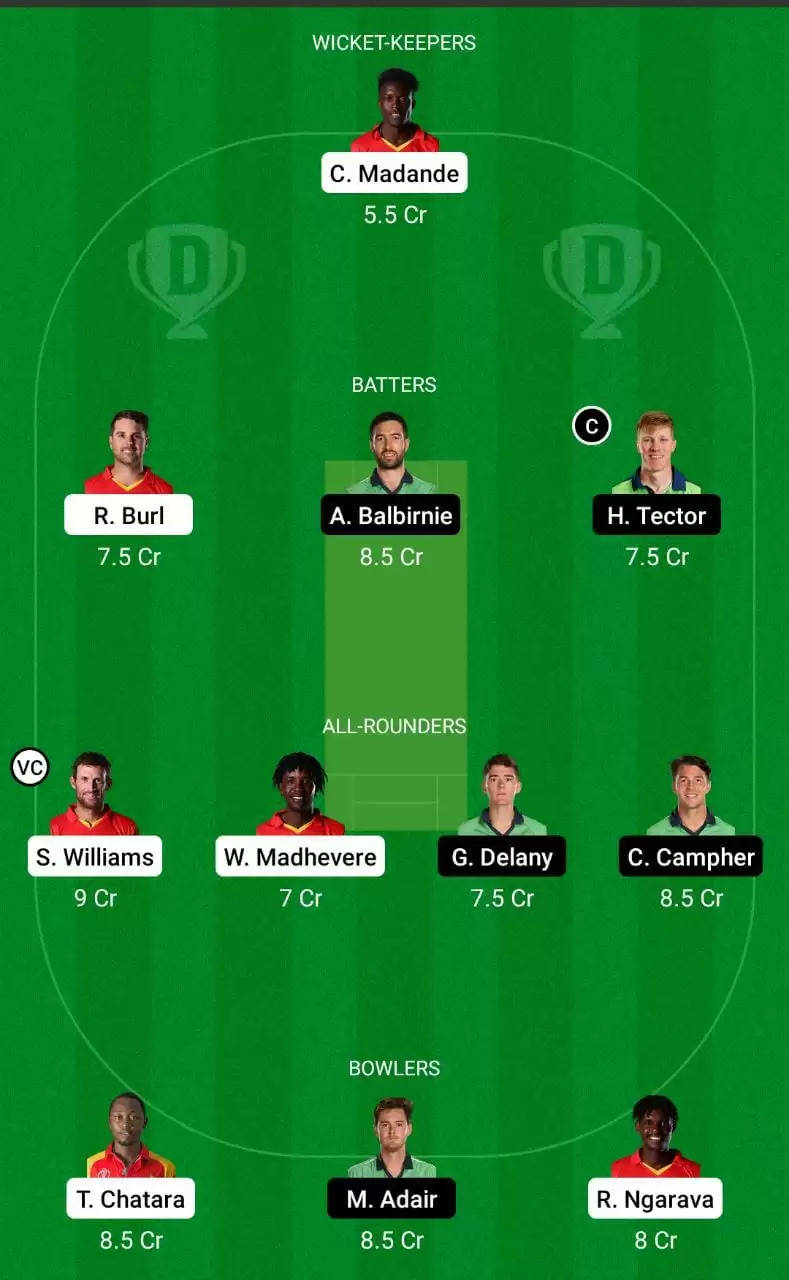 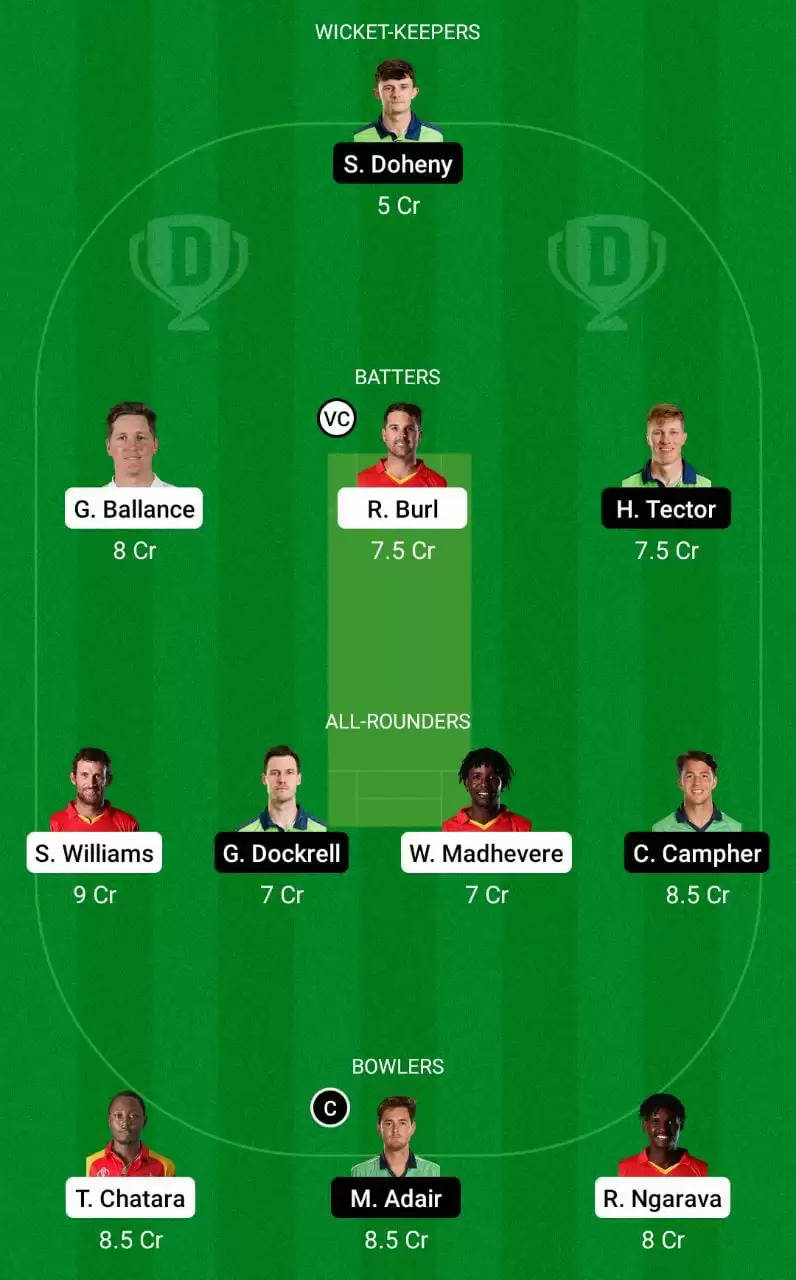