Everything you need to know about the England Women Cricket team at the Birmingham Commonwealth Games 2022, beginning July 28.
By Roshan Gede Wed, 27 Jul 2022 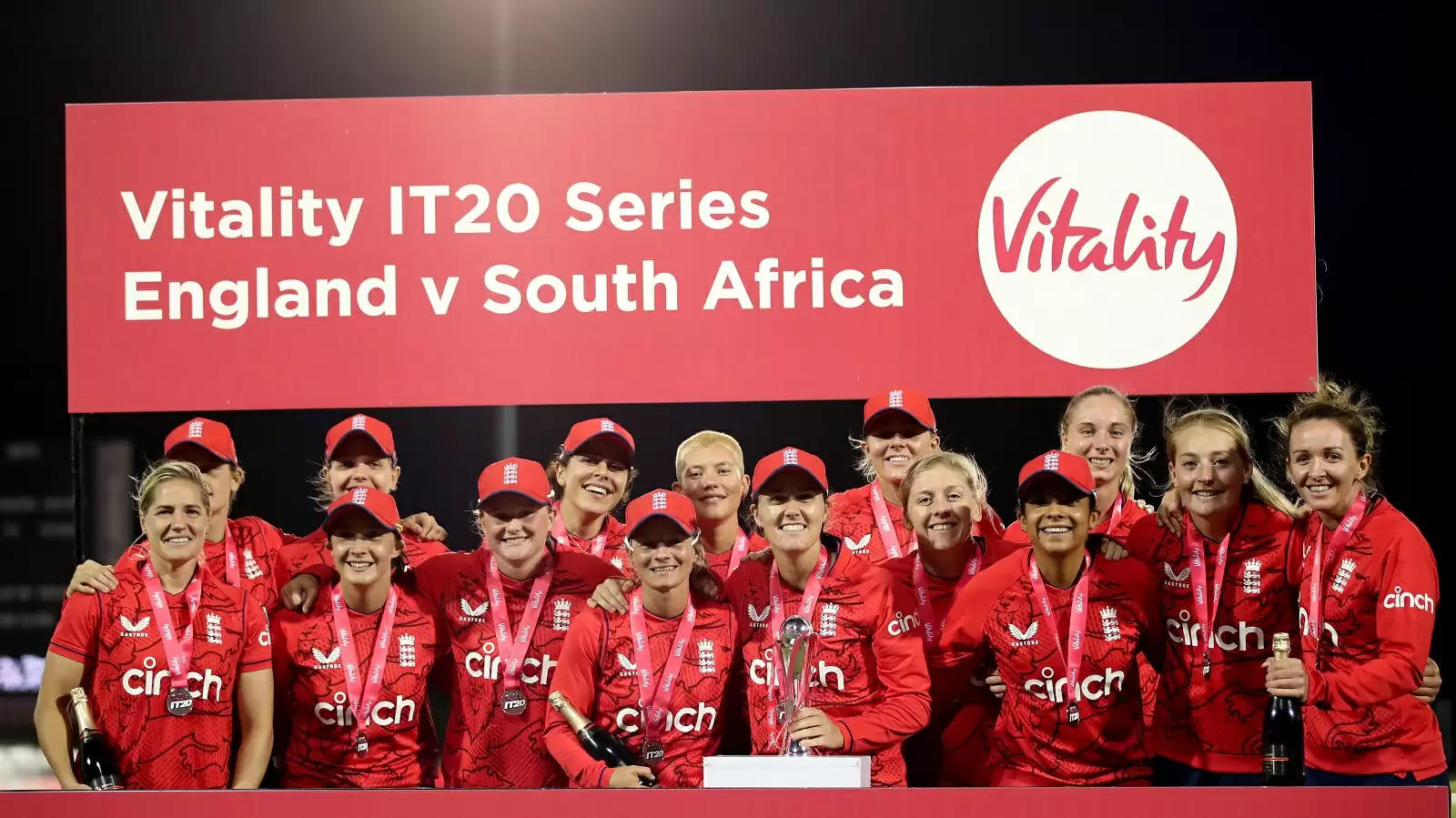 England recently clean swept South Africa in both ODIs and T20Is at home.

The England Women’s lifted the inaugural T20 World Cup back in 2009, and eight years later, won their third 50-over World Cup title with a thrilling nine-run win at Lord’s, and are since waiting for another global triumph. Ahead of the Birmingham Commonwealth Games 2022, the hosts yet again begin as one of the tournament favourites in the eight-team cricket competition, with a number of quality match-winners in their side.

They boast excellent record across formats in recent years, and have a healthy win ratio against all opponents barring the Ashes rivals Australia, who, they’re highly likely to face-off in either the semis or the final in their search of another championship. Heather Knight’s team outplayed South Africa across formats recently, and that form and the home conditions mark them as one of the favourites in cricket at CWG 2022.

England recently swept a strong South Africa side by 3-0 margins in ODIs and T20Is, after the visitors managed to avoid an innings defeat in the lone Test in Taunton. They finished runners-up at the ICC Women’s ODI World Cup 2022 in New Zealand earlier this year, wherein they were blown away by Australia in the final. That was after the arch-rivals had beaten them in three ODIs and the lone completed T20I in the multi-format Ashes series Down Under, and skipper Heather Knight’s brilliance in the standalone Test helped them salvage a draw.

Among the eight teams participating at the Birmingham Commonwealth Games 2022, England have won the most matches since the start of 2021: 10 of the 14 games played, with one ending in no result.

Also Read: Commonwealth Games 2022 Live Streaming Details For Cricket Event: When and Where to Watch CWG 2022 LIVE on TV in India, Schedule, Fixtures, Teams, Venues and All you need to know

England Players to watch out for

The top-ranked bowler in ODIs and T20Is currently, Sophie Ecclestone has been phenomenal for England ever since her debut in 2016 with her ability to restrict run-scoring and bag crucial wickets in the same brief. The ever accurate left-arm spin has fetched her 73 wickets at 15.83 in T20Is till date with an excellent economy of 5.94. The recent form is encouraging too: she bagged five wickets at 14 while conceding run-a-ball in England’s recent 3-0 sweep of South Africa at home.

Nat Sciver has been in excellent form across formats this year. She scored an unbeaten 169* in the lone Test against South Africa recently, and followed that up with 55 and 63 in ODIs and 84 runs from three T20I knocks. That was after she scored 436 runs at 72.67 during England’s run to the ICC Women’s Cricket World Cup 2022 final, including a brilliant unbeaten 148 in the title clash. Sciver’s ability to bat long, while maintaining the fluency and scoring-rate, make her one of the best middle-order batter’s in the modern Women’s game.

England, the second ranked T20I team currently, are pinned alongside Sri Lanka, South Africa and New Zealand in Group B, wherein they’ll face a stiff challenge, especially against the latter two. They’d aim for a top finish to try and avoid the Group A topper in the semis - with Australia primed for that position, unless India storm past the World Champions first up, as they had done in the T20 WC 2020 opener.

England’s recent run against a formidable South Africa side, form of their key players and home comforts make them a firm contender in the competition.