Australia will have to appoint a new ODI skipper a year before the 2023 World Cup in India.
By Kashish Chadha Sat, 10 Sep 2022 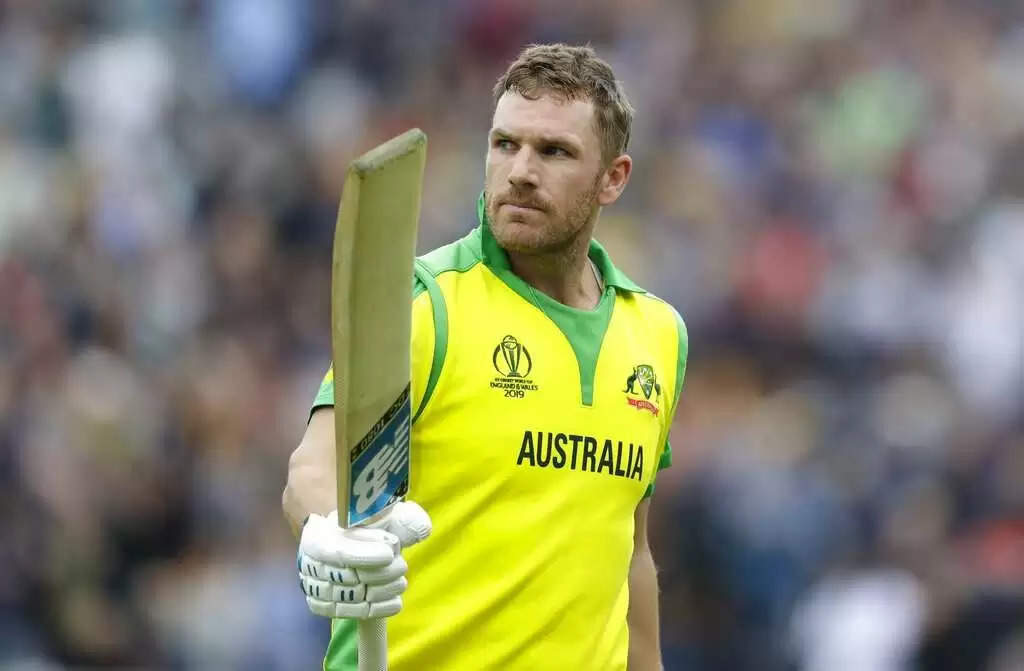 Aaron Finch will retire from ODIs at the end of the series against New Zealand in Cairns on Sunday.

Aaron Finch will end his ODI career for Australia with the third and final one-dayer in Cairns against New Zealand on Sunday (September 11). The Australian limited-overs skipper will continue to remain at the helm in T20Is in the build-up to the T20 World Cup but will quit the 50-over game.

Finch calls it the day in the ODIs after undergoing a sustained dip in his returns, collecting just 169 runs from his 13 innings for the year. Since the culmination of Australia's run till the semifinal of the 2019 World Cup in the UK, the right-hander has an average of 33.68 with a strike-rate of 79.73 from 26 innings.

Finch's retirement leaves Australia with a big decision to make a year prior to the 2023 World Cup in India, as to who is to replace the veteran batter in the leadership post. Here are the five options that the selectors and the team management may consider to plug the Aaron Finch hole.

The aftermath of the ball-tampering saga may have led to calls for a lifetime ban on the possibility of Steve Smith's return to captaincy in any format. But the cricketer has over time stood rejuvenated with his teammates and regained the trust of the management and the administrative regime to be in contention one more time.

An experienced individual who commands a place for himself on sheer performances, Smith has previously, too, led the Aussies in ODIs, carrying a win/loss ratio of 1.086 over 51 matches. With only a year to go before the next World Cup, one of Australia's safest bets would to go the Smith route again.

"I don't think [it would be an issue]," Finch said on Smith's candidature for captaincy. "He captained a Test match in Adelaide after Pat was out with Covid. So I think that's all been put to bed."

Talking of safe bets, there is another in ace speedster Pat Cummins. Already appointed Test match skipper, Cummins could transition to the leadership role in the ODIs prior to the 2023 World Cup on Indian shores. The fast-bowling stalwart walks into that side on merit and enjoys a great repute with the players. He is perhaps the most attractive captaincy option to replace Finch.

It would be some turn of events for a player who was life banned from captaincy amidst the ball-tampering saga to be made Australian skipper four years later. But such is the spot that the selectors find themselves in after Finch's sudden retirement that they may give his opening partner David Warner a consideration for the job.

A polarising figure he maybe, but Warner brings a wealth of experience to the table and has an incredibly successful body of work with the bat in hand. Warner has previously held the vice-captaincy post under Smith.

"He [Warner] is someone I have played under a few times for Australia when he has had the opportunity to captain," Finch said on Triple M on Saturday. "He has been fantastic. He is an unbelievable tactical captain and someone at the time the lads loved playing under.

"Would I like to see [his ban] overturned? Yeah, absolutely. What he can offer not just now as a player but going forward for him to be able to coach and help the next generation of players coming through is so important. You do your time, and he has well and truly done that."

A maverick with bat in hand and an increasingly influential player with the ball, Glenn Maxwell has been one of Australia's most important cricketers in the ODIs. Since the 2019 World Cup, Maxwell has blasted his 591 runs at a strike-rate of 132.51 and delivered his part-time off-spinners with an economy rate of 5.41. Maxwell may seem like a left-field selection for captaincy but he boasts of decent leadership experience under his belt in the BBL with Melbourne Stars.

Talking of left-field captaincy options, Hazlewood would certainly be one given the limited time at hands for the selectors and the management approaching the next World Cup in India. But the experienced seamer has a case to be made for himself in those discussions, with a successful record in the format under his belt. Hazlewood has now taken 104 wickets in 66 ODIs for Australia at 25.58 per piece, going for an impressive 4.58 runs an over.