The visitors had some positives and learnings to ponder over from their 2-1 T20I series win.
By Kashish Chadha Mon, 11 Jul 2022 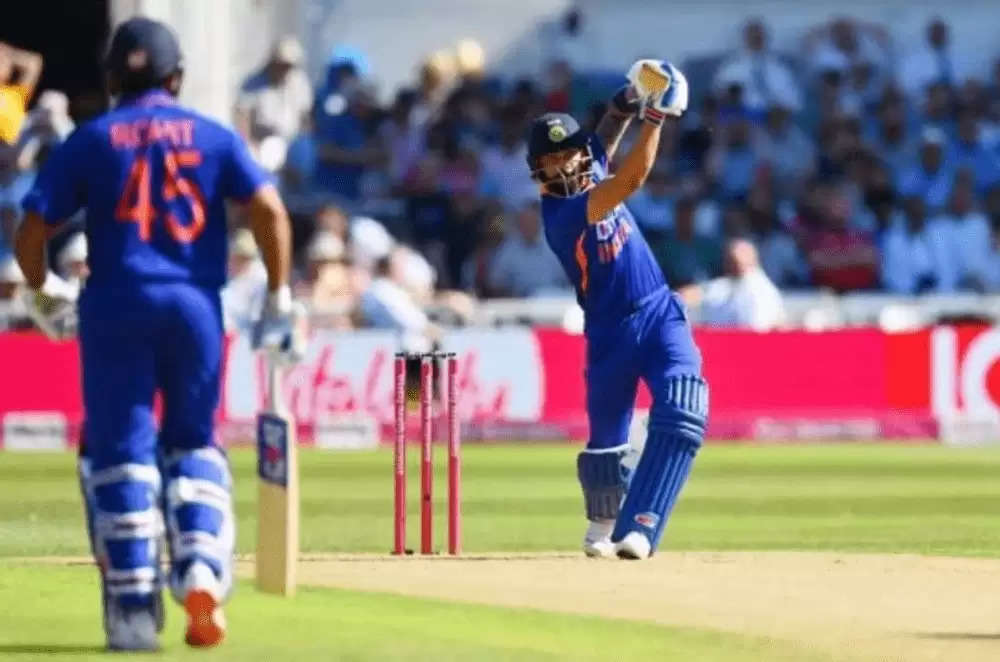 Rishabh Pant the opener? Virat Kohli's spot, Suryakumar Yadav's ability.... India had much to take away from this series.

As India overcame the disappointment of losing the Edgbaston Test and flexed their muscles to a 2-1 T20I series win over England, we take a look at the visitors' major takeaways from the triumph and how they are building towards the T20 World Cup in Australia later this year.

It was refreshing to see India buy into an attacking mindset and back that to the hilt in the three T20Is versus England. The visitors lost wickets in the process but they backed their overall batting strength to propel them to winning scores in the first two games.

Head coach Rahul Dravid and skipper Rohit Sharma spoke of the need for players to stick to an aggressive approach and take the game to the opposition. This was most visible in the way Virat Kohli batted. A player known to bide his time, rotate the strike, take the games deep before exploding, Kohli played nine balls across two innings and attempted a boundary in five of them.

In the months leading into the World Cup, it would be interesting to see India persist with this method wholeheartedly. For if they start maximising their potential with the bat, given the Asian rivals' bowling strength, there is no side more dangerous in the world.

Okay, Kohli attacked. But where are the runs?

It was heartening to see Virat Kohli try to take on the bowling first-up. But for all the shots that the great batter played, he still managed scores of only 1 off 3 and 11 off 6. For all of Kohli's new-found intent, where are the runs? He hasn't been piling them up like he used to and that has meant a growing consensus around Kohli's dispensability to the side.

Kohli's overall record since the start of 2020 presents an impressive glance - average of 42.18, strike-rate of 136.08. But dig deeper and therein lies the problem. He has had a major decline in his skill against spin. The batter has a strike-rate of only 103.57 against it in this timeframe. Kohli's corresponding strike-rate against spin in the IPL is 105.97.

And that makes his retention at No.3 simply unsustainable. England may have not used spin upfront to Kohli but other teams will, and most likely would at the T20 World Cup regardless of the hard, pacy Australian surfaces. Wristspin will be in operation the most against him. He has had a T20I strike-rate of 101.76 against it since 2020. Against left-arm spin, with bowlers smartly angling the ball in and cramping him for room, that strike-rate jumps to a measly 117.85.

The team management has been vocal in support of Kohli, trying to reinforce his status and importance to the set-up. But in presence of multiple young, attractive options waiting for their opportunities, how long can Kohli walk on a thin rope?

Yes, the dependability on Hardik Pandya and Ravindra Jadeja to makeup four overs can be risky. But look past them, and India feature four of the world's best T20I bowlers in their first line of attack.

A rejuvenated Bhuvneshwar Kumar combines forces with ace quick Jasprit Bumrah at the top, following them first-change is Harshal Patel, who can be a difficult prospect to get away with because of his mix of yorkers and dipping slower balls and then there is the incisive Yuzvendra Chahal.

They helped India defend scores of 198/8 and 170/8 in the first two T20Is against arguably the world's lengthiest batting line-up, with the inclination to attack the first loose ball on offer. On flat pitches, against such opposition, India brought immense quality to the fore, with the Bumrah-Bhuvneshwar leading the way, and pulled off two impressive defences with the ball.

While it may be argued that Harshal and Chahal are still a bit edgy with their place - given the robust nature of Arshdeep Singh and the great R Ashwin - they hold their places on most days and makeup, alongside India's two finest T20I seamers, a formidable bowling attack that shall prove too good for most batting units.

It is too early to give a definite answer to this. The team management under Dravid is likely to persist with this ploy when Rishabh Pant next plays T20Is and give him ample game time to try and find his mojo in the shortest format. For Pant has never really found it, or specificially, he hasn't found the right balance of explosiveness and consistency in this format.

After 49 matches, he has a T20I strike-rate of 124.27 while averaging 22.58. Those are mediocre numbers, to state politely, and ones you wouldn't associate with a player like Pant. But there is a reality of the numbers and the sense of expectation around him.

Either way, Pant at the top experiment is likely to be given its due in the months ahead, with the base idea being to liberate the perennially attacking left-hander inside the powerplay overs and let him blast opposition attacks on his way to impactful little cameos.

It's remarkable how good Suryakumar Yadav is

His hundred in the final T20I, regardless of the quality of the opposition attack, was a great knock as it exhibited his superior set of skills and range as a batter to most other Indian players in the current set-up.

Suryakumar would get down on his knee and lap you for an effortless six down the fine-leg region, and then go deep inside his crease and loft you for a four over the extra cover fielder. In the space of few balls, he plays strokes that stay with you.

Some players indulge in incredible shots when they find 'form'. With Suryakumar Yadav, he has reached that Tendulkaresque stage, he plays incredibly skillful shots regardless. It's the highest praise this writer could accord to an Indian batter.