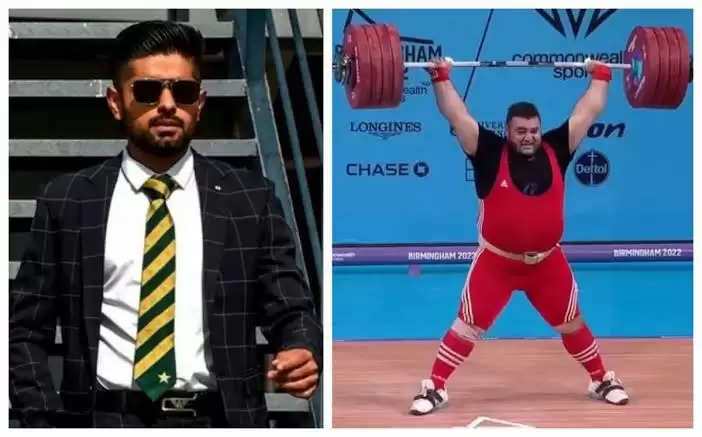 In the recent turn of events, Pakistan secured a gold medal in the Commonwealth Games 2022. Nooh Dastagir Butt set a record for the 109+kg division by grabbing 173 kg, and straight and jerking 232 kg. In total, Butt lifted 405 kg, which is a record for CWG 2022. Appreciating the athlete, the Pakistan team's captain Babar Azam announced a 2 million reward prize money.

Nooh has been a consistent performer and has made his country proud earlier as well. Additionally, in 2018 at Gold Coast, he took home a bronze medal in the 105+ kg division. At the Commonwealth Games in 2015, 2016, 2017, and 2021, the weightlifter, who is 24 years old, took home four medals. Dedicating the medal to his father, Nooh said, "This would not have been possible without the support and prayers of my friends and family members. I dedicate this gold medal to my father, who worked for 12 years and helped me reach this milestone. It required hard work and dedication for me to win this gold. Winning a medal for one’s country is always a proud moment and gold is something special."

Not only Babar but others across the nation were proud of the weightlifter's achievement. Shehbaz Sharif, the prime minister, praised Nooh Butt via Twitter for his achievement in CWG 2022. This is the country's second gold medal in the weightlifting category. For Pakistan in the 85 kg division in 2006, Shujauddin Malik took home the gold medal. So far in the competition as of August 4, Pakistan has 2 medals. One of them is gold and another one bronze.