Trouble seems to knock on the door of Cricket Australia as David Warner wishes to play in the UAE’s first-ever T20 League over BBL.
By Prachi Mahamia Tue, 2 Aug 2022 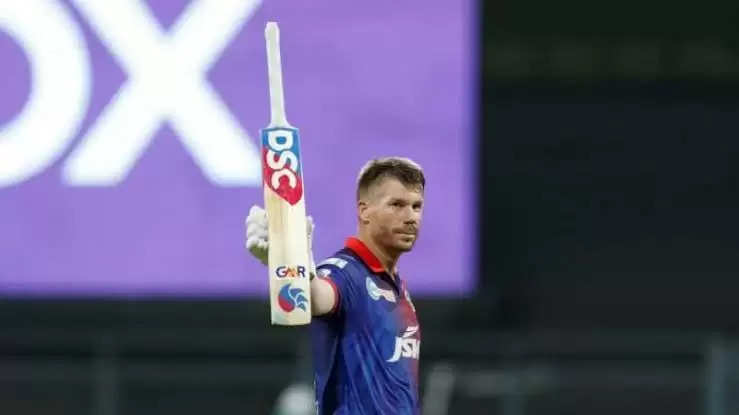 Earlier last week, The Australian reported that the T20 superstar David Warner is seeking permission from the board to miss the domestic T20 league BBL to play UAE’s first-ever T20 tournament. According to the ICC's new Future Tours Programme, the January session will be packed with the BBL, Emirates T20 League, CSA T20 League, and Pakistan Super League all taking place in the same month. However, David Warner's request has put the Australian Cricket Board in a frenzy according to the latest update from The Australian.

Acknowledging the calibre and fan following of the T20 star, ACA chief Todd Greenberg said, "Warner was the original BBL “box office player” in the league’s formative years when it was a state-based competition." "(If) You want to have him and players like him you have to be competitive,” he told The Australian.

Warner is expected to earn at least $2 million over the course of the event. However, Cricket Australia hoped that Warner would take the opportunity to participate in the local league instead. The cricketing board will not want its best T20 star to abandon the local tournament when it is already engaged in a legal dispute with Channel 7 over the broadcasting of the BBL. Unfortunately, Warner hasn't been involved with the local tournament. Ever since BBL turned into an 8-team tournament, the Australian explosive batsman has been at an arm's length. He has merely played 8 BBL games while the IPL numbers are as high as 162.

In an interview with SEN Radio, speaking about Warner and Cricket Australia's negotiations, he said, “I think it would almost be commercial suicide for (Cricket Australia) to allow a player like him (Warner) to go head to head up against their own competition." He further added, “They can’t force David Warner to play in the BBL... But to let him then go off — or another player, let’s not single out Warner because there will be other players on the radar — it’s all part of this global dominance that these IPL franchises are starting to create."

With the UAE and South Africa in direct competition during that summertime, the home tournament is feeling the strain. With the monetary support to entice the top players, both overseas leagues are supported strongly by Indian IPL clubs. After the IPL, the BBL was the preferred destination for international players in its early years. However, as the number of games and competition in other leagues increased, the BBL's appeal diminished. Cricket Australia is providing 8 international players with $340,000 contracts to compete in a new draft system as part of the platinum category. It is anticipated that several of those players would still leave the BBL early to compete in either the UAE or the South African league. The local playing group has conflicting sentiments regarding overseas players receiving much higher salaries.