On the back of his knock, Titans slammed a mammoth total of 271 runs for the loss of three wickets in their 20 overs.
By CX Staff Writer Mon, 31 Oct 2022 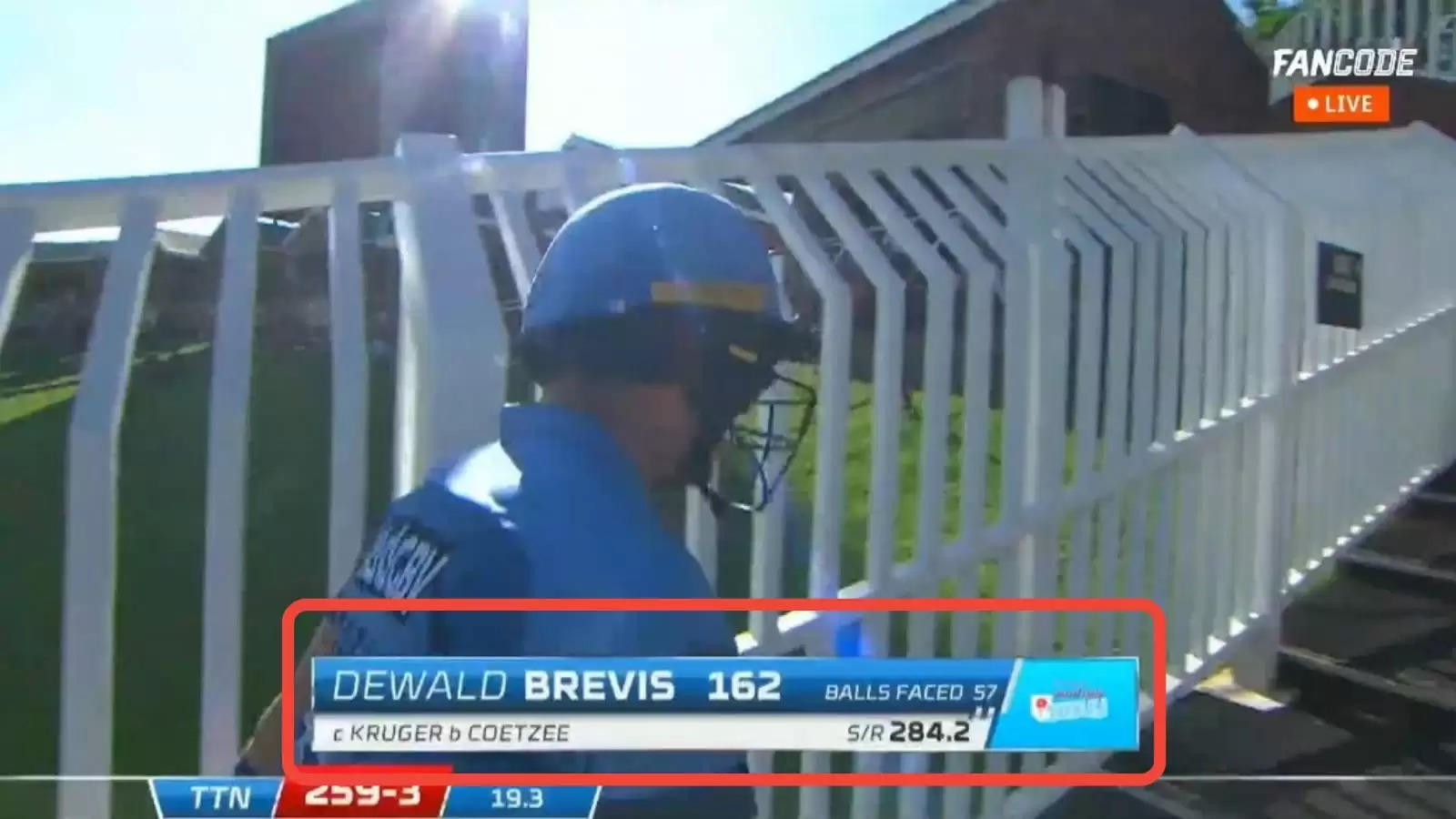 Brevis slammed 13 fours and as many sixes during his record knock.

South Africa’s future sensation Dewald Brevis made the headlines on October 31 (Monday) with a swashbuckling knock in the ongoing CSA T20 League. He is featuring for the Titans in the tournament and while opening the innings, plundered a mammoth 162 runs off just 57 balls powering his team to a huge score of 271 runs for the loss of three wickets in 20 overs.

The Knight opted to bowl after winning the toss and the bowlers had to bore the brunt of Brevis’ exceptional hitting right from the word go. His opening partner Jiveshan Pillay also slammed a half-century but there was no match to Brevis’ batting. The opening duo added 179 runs for the opening wicket in less than 15 overs and Pillay’s contribution was only of 52 runs in it. This shows how much Brevis dominated and he continued in the same fashion smashing sixes at will.

Brevis hit 13 fours and as many sixes during his stay in the middle before finally getting out in the final over of the innings. However, his knock made sure that the Titans posted a record 271-run total in their innings. Moreover, Brevis also seemed to be breaking Chris Gayle’s 175-run record which he had scored in the Indian Premier League (IPL). However, that wasn’t to be as Brevis was holed out in the deep on 162. Perhaps, he got dismissed three times off consecutive deliveries with one being a waist-high no-ball and the following ball being a free-hit.

However, luck ran out for the talented youngster. Nevertheless, he stunned the opposition and the cricketing fraternity along with the fans with his majestic and whirlwind knock. With this knock, Dewald Brevis has also reached the top of the table in the list of highest run-getters of the tournament. He has now smashed 316 runs in seven innings with a strike-rate of almost 150. Before this innings, he had scored runs at a strike-rate of 136.28 but his latest knock must have shot his overall strike-rate up.

Dewald Brevis scored 30* from just 6 balls with 5 sixes for St Kitts and Nevis Patriots in the CPL.

Watching a masterclass from Dewald Brevis. Bowlers will be under serious pressure for the next 15+ years.

Dewald Brevis is all set to rule cricket for next two decades. pic.twitter.com/NPWPyD7lcE

Bloody hell! Nevermind the #T20WorldCup in the morning (for us Saffers), it's the cricket in the afternoon we're watching. Dewald Brevis smashed 162 off 56 balls and @Titans_Cricket have posted the highest T20 total in South Africa: 271 for 3. Yhu! #cricket