Deepak Hooda opened the bowling for Team India in the third T20I in St Kitts.
By Prachi Mahamia Tue, 2 Aug 2022 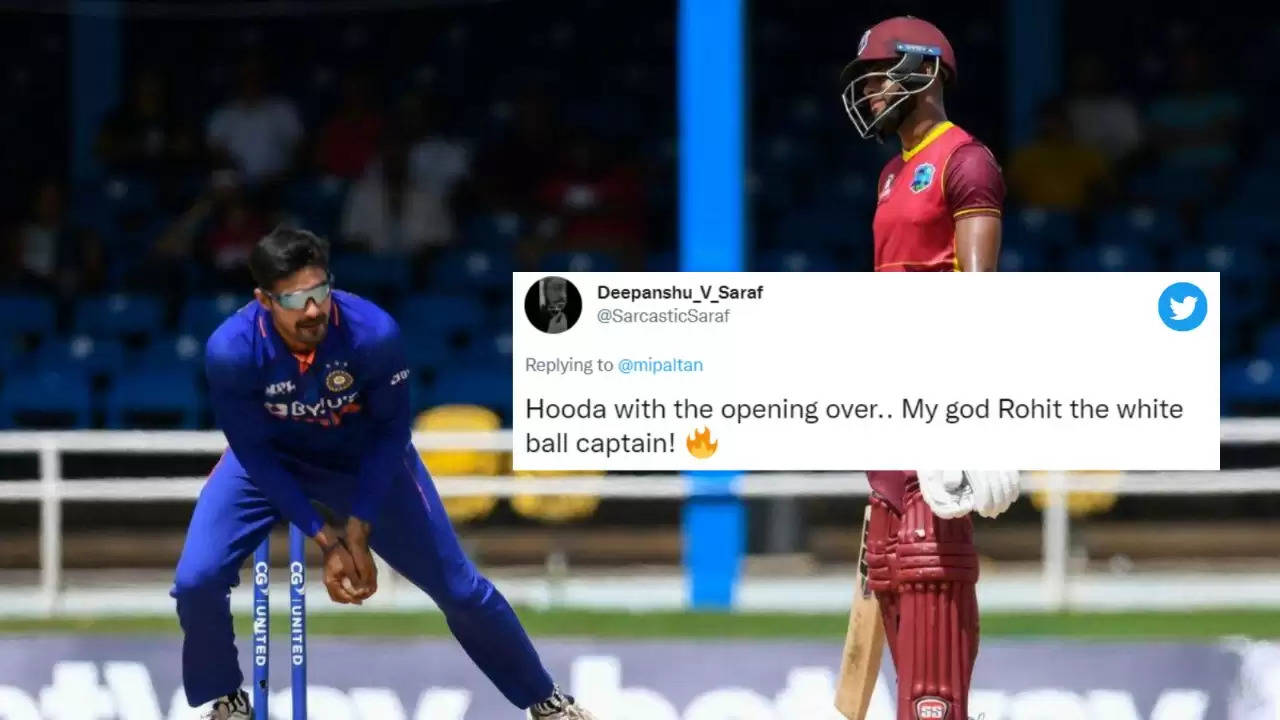 In the ongoing 3rd T20I between India and West Indies, Team India won the toss and decided to put the hosts to bat first. Deepak Hooda replaced Ravindra Jadeja. As part of his workload and injury management, Jadeja is being given a break after missing the previous ODI series against the West Indies owing to a knee ailment. Additionally, it is a chance to give Deepak Hooda more opportunities to compete in order to strengthen his case for a berth in the Asia Cup team.

This year, Hooda has been in outstanding form. He made his ODI and T20I debuts in February and has had a great IPL. He also registered his maiden T20I ton in Ireland. What may have been a very calculated move from the coach and the captain to start the bowling with Deepak Hooda, saw mixed reactions from the fans. Here's how Twitter reacted to Hooda's opening.