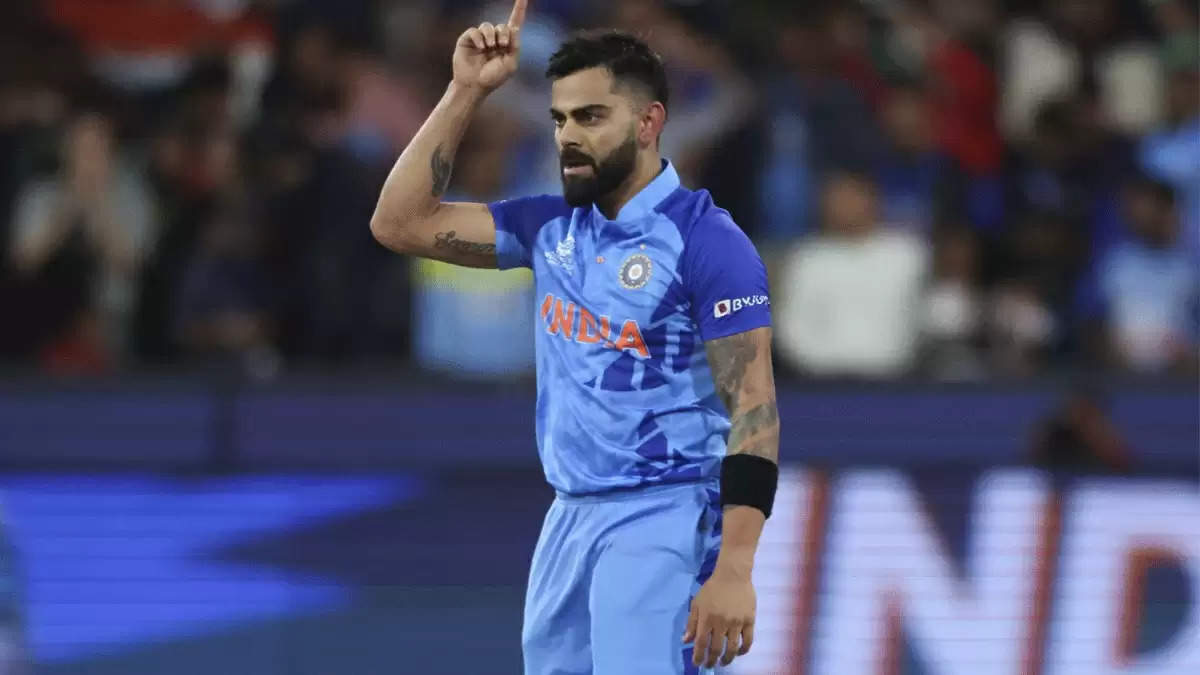 Former Indian skipper, Virat Kohli, turned 34 years old on Saturday, November 5. On the auspicious occasion, the Delhi-born batter conjured praises from every nook and corner of the cricket fraternity.

Kohli has been in sublime form in recentl times. The veteran has already won two Player of the Match awards in T20 World Cup 2022. Starting with, he played a masterful 92-run knock against Pakistan that helped India beat Pakistan by four wickets at the iconic Melbourne Cricket Ground.

Thereafter, he played a 62-run knock against Scott Edwards' Netherlands, although it was Suryakumar Yadav, who won the Player of the Match award for his unbeaten 51-run knock off 25 balls.

Kohli made a promising start against South Africa as well, but got out to Lungi Ngidi at the Perth Stadium. The right-hander played a crucial 64-run knock against Shakib Al Hasan's Bangladesh at the Adelaide Oval to restamp his authority.

Also Read: Watch: Virat Kohli the first to hit the nets on his birthday

Prior to the Asia Cup 2022 in the United Arab Emirates (UAE), Kohli wasn't in the greatest of forms. However, his maiden century against Afghanistan showed that he wasn't out of gas by any stretch of the imagination.

Kohli went on to become the second-highest run-scorer in the tournament after Pakistan's Mohammad Rizwan.

Kohli, recently, became the first Indian to score 1000 runs in T20 World Cups. The icing on the cake was that he also became the leading run-scorer in the history of the championship, surpassing Sri Lanka's Mahela Jayawardene. Virat is also on the verge of becoming the first batter to score 4000 runs in T20Is. He will have the chance of getting to the milestone when India face Zimbabwe on November 6 at the Melbourne Cricket Ground.

On his birthday, the likes of Hardik Pandya, Shikhar Dhawan, Shreyas Iyer, Dinesh Karthik, Mayank Agarwal and a number of other players, former and current, wished him.

Here are the wishes for Virat Kohli on his 34th birthday

Wishing a very Happy Birthday to the legend who believes in never say never!

Where you are today is a result of your sheer hard work, dedication and attitude.

He's the one who believes when no one else does!
A very happy birthday to you @imVkohli. pic.twitter.com/NtQh9zej6G

Wishing you good health and happiness and continued success with your masterclass! pic.twitter.com/86fjnmMUpA

Wishing You A Very Happy Birthday @imVkohli 🥳😍 May God Bless You With Lots Of Success And Happiness ❤️ pic.twitter.com/MWC62IVh24

जन्मदिन की हार्दिक शुभकामनाएं brother @ImVKohli, wishing you much success, good health and more centuries for the coming years. May you continue to shine and inspire thousands with your commendable skills and techniques. Have a wonderful day, Champion! pic.twitter.com/9uKHzGXO8m