Watch: Flying Sanju Samson's brilliant save to prevent four in high-pressure final over vs West Indies

Sanju Samson pulled off an acrobatic stop off a wayward wide from Mohammed Siraj in the final over.
By Staff Writer Sat, 23 Jul 2022 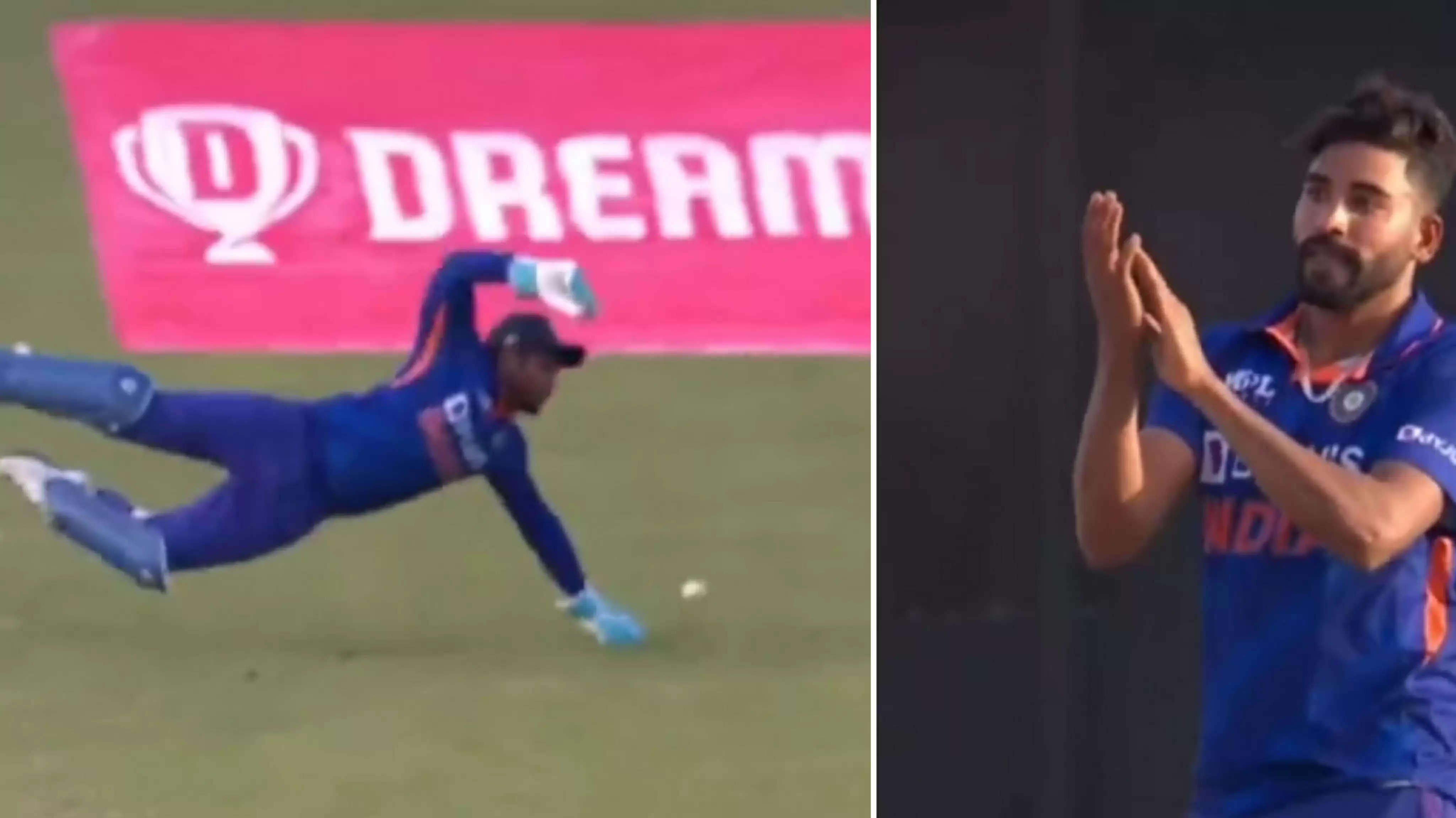 West Indies needed 15 off the final over with Romario Shepherd, on 31 off 21, hogging the limelight in the partnership with Akeal Hosein. Mohammed Siraj had nailed his yorkers in the game and was finding late inswing making those toe crushers very effective.

Shepherd's move to go to the leg side to create room backfired multiple times, but with eight runs needed off two balls, Siraj, who had bowled a pretty good over until then, tried to outfox the West Indies all-rounder again and went very wide down the leg side.

Shepherd missed it entirely and if not for a brilliant, diving stop from Sanju Samson, India would have conceded four wides, reducing the equation to three needed off two balls. Instead, the save meant that West Indies still needed seven runs off two balls and they finished three runs short.

Siraj finished with figures of 10-0-57-2, but it does not actually reveal how good he was with his yorkers in the game. West Indies had made a sound recovery in the latter half of the game to take the match close, but ultimately Siraj's yorkers and Samson's brilliant save stood between them.