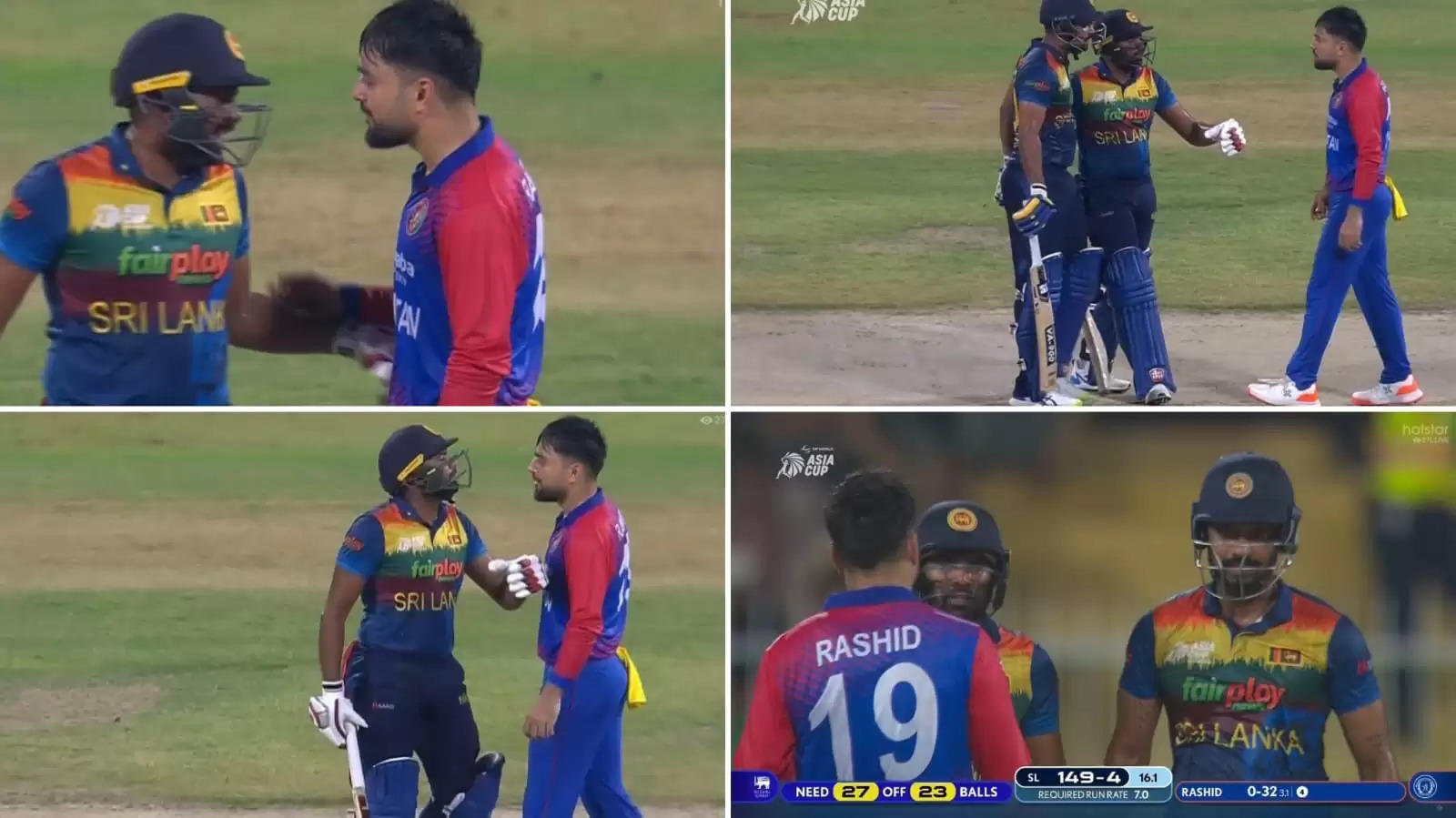 The 20-year-old Rahmanullah Gurbaz with the help of four fours and six sixes at a strike rate of 186.67 scored a sensational 84 runs off 45 deliveries. Ibrahim Zadran was the second highest contributor with 40 runs. The Sri Lankan bowlers took 6 wickets. 2 for Dilshan Madushanka and 1 each for Maheesh Theekshana and Asitha Fernando followed by runouts from Hasaranga and Nissanka. Sri Lanka had a good start as they came out to chase the target. Things looked in hand for Afghanistan when the chasing team lost a couple of wickets making the score 119/4 in 14.1 from 62/1 in 6.3.

A few 30+ runs from the batters kept the scoreboard ticking that eventually started to put pressure on the bowling team. Getting into the thick of the game, Afghan spinner Rashid Khan got into a heated discussion with Danushka Gunathilaka after the batter swept him for a boundary. The battle between the two was eventually won by Rashid as he trapped Gunathilaka into his beautiful delivery to take his wicket. The batsman tried to slog-sweep but Rashid's length ball around off went on to hit the stumps. Rashid had an off day and proved to be expensive, conceding 17 in his first over and finishing his spell with figures 1 for 39. Chamika Karunaratne won the game for his team by hitting the winning runs. Afghanistan will next face Pakistan on September 7 and Sri Lanka will face India on September 6.