Rishabh Pant ready to glove up, Hardik instead gets signal from team management; video goes viral

Rishabh Pant was set to walk in at No.5 in India’s second Super Four match at the Asia Cup 2022, against Sri Lanka on Tuesday, until the team management thought otherwise.
By Staff Writer Wed, 7 Sep 2022 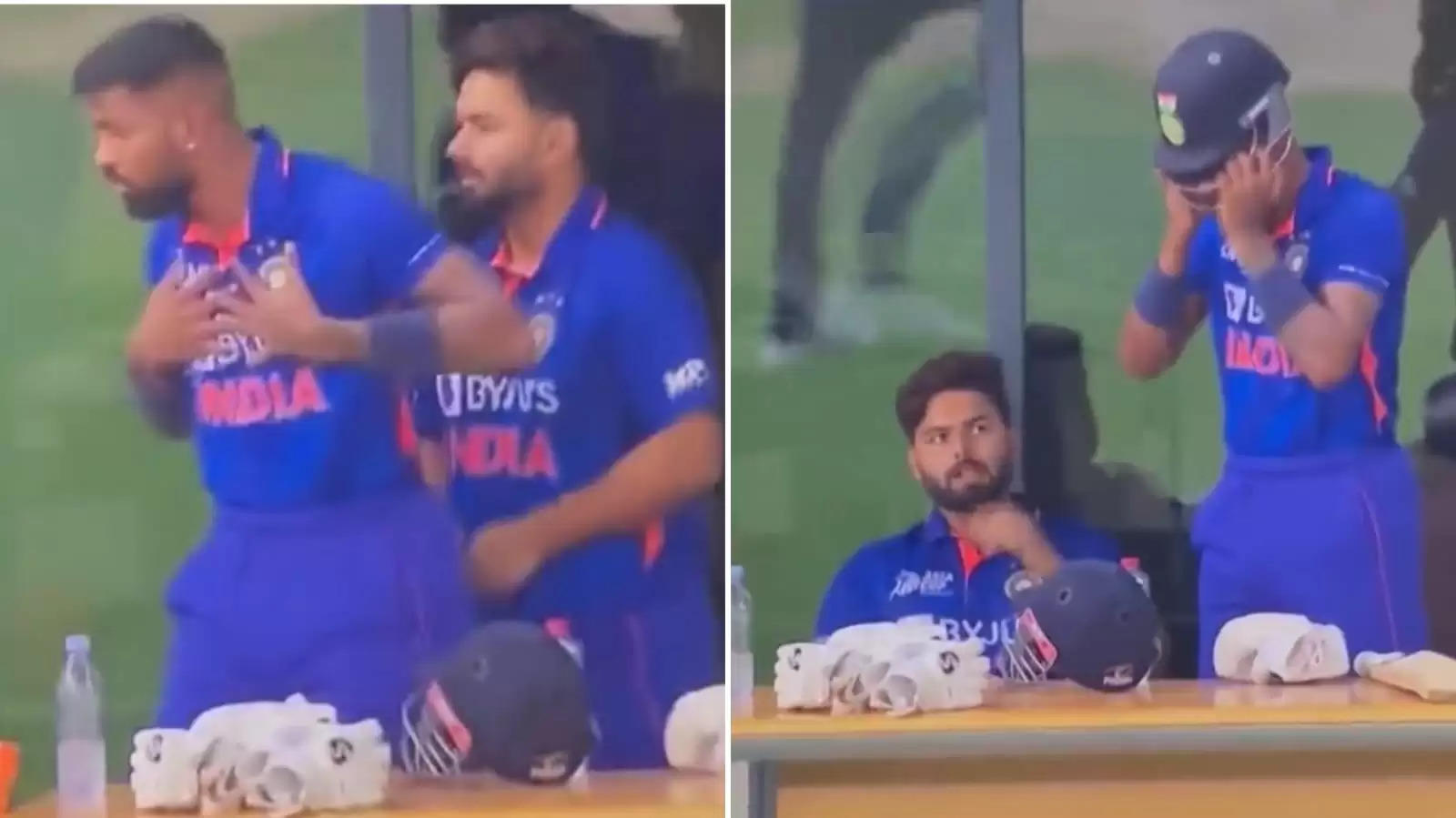 India went down to Sri Lanka by six wickets on Tuesday.

India’s Asia Cup 2022 campaign has taken a further dent, with them suffering their second consecutive defeat in the Super Four round in Dubai on Tuesday, September 6. Having lost to Pakistan by five wickets in a last-over finish in the first game of the round on Sunday, Rohit Sharma’s men were downed by Sri Lanka in another thriller - by four wickets - jeopardising their progress to the final.

In an interesting video that has surfaced after the game, Rishabh Pant was seen ready to glove up and walk in at No.5 at the fall of Rohit’s wicket, before the management thought otherwise. All-rounder Hardik Pandya was given the nod instead, with India 110/3 after 12.2 overs. Pant however would have to wait for no more than two overs, with Suryakumar Yadav falling to skipper Dasun Shanaka for 34.

Coincidentally, Pant and Hardik would score 17 off 13 each, with them falling within a space of an over in the latter stages, as India stumbled to 110/2 in the 13th over to 164/8 halfway through the final one. Ravichandran Ashwin’s late strike for six got India to an eventual score of 173/8.

Watch: Pant ready to glove up; Hardik instead gets signal from team management