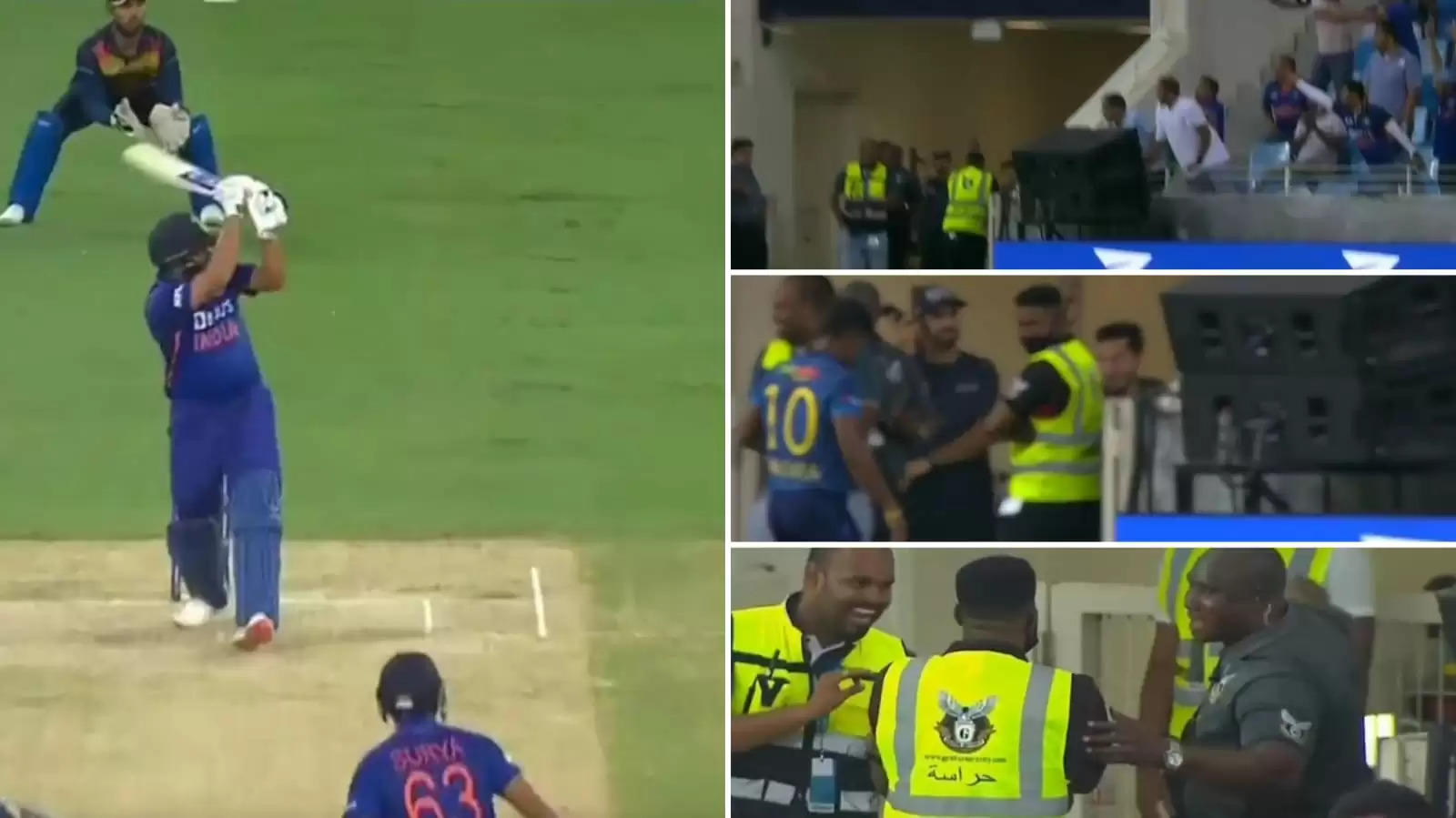 In the do-or-die game between India and Sri Lanka, Team India's opening pair once again failed to deliver. KL Rahul was the first one to get out on the fifth ball of the second over. There was high pressure on Virat Kohli to perform well but unfortunately, today wasn't his day. He registered his first-ever duck in the Asia Cup as he was bowled out by an unplayable inswinger from Dilshan Madushanka.
Winning the toss Sri Lanka put India to bat. While the start wasn't what the team needed, Rohit played a crucial role in stopping the runs from drying up. He came up with a magnificent half-century in 32 balls. His innings consisted of some beautiful boundaries. Asitha Fernando came to bowl and Rohit sent the first ball of the 10th over straight outside the boundary line. The ball hit a security guard on the back standing outside the fence at a deep backward square leg. In the same over, a four helped him reach his half-century.

Watch: A six from Rohit Sharma his security guard

Rohit's glorious innings of 72 runs were ended by Karunaratne. Trying to look for another boundary, his shot wasn't up to the mark and the ball was straight into the hands of Nissanka. Batting with a strike rate of 175.61, his innings consisted of 4 sixes and 5 fours.