Watch: Shocking dropped catch from Babar Azam as Angelo Mathews gets a life in his 100th Test

Babar Azam put down a sitter with Mathews on 36 in his 100th Test match in Galle on Sunday. 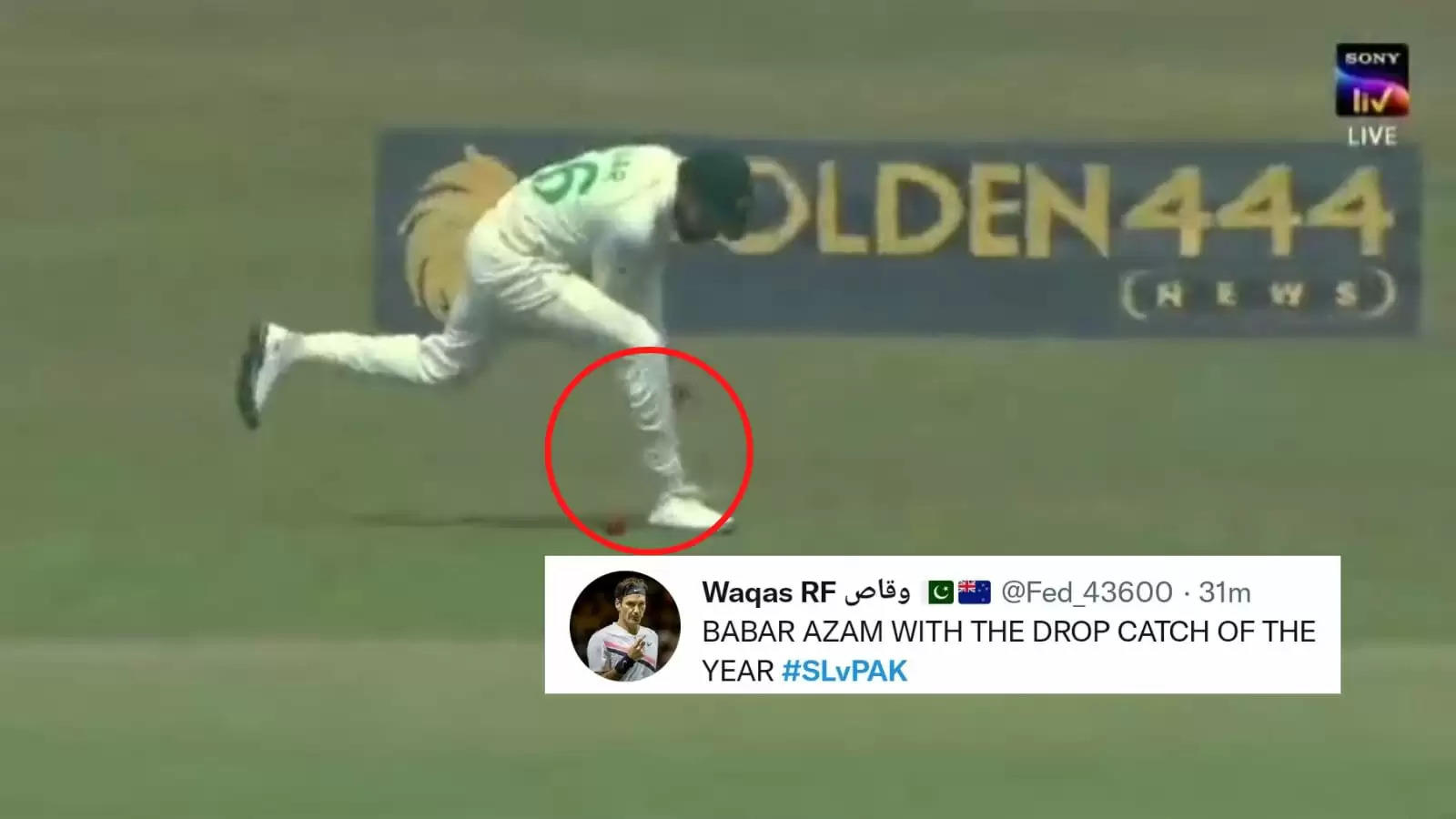 Angelo Mathews received a big let off in his 100th Test when opposition skipper Babar Azam shelled a simple catch at cover in the 52nd over of the Sri Lankan innings.

Pakistan had taken three Sri Lankan wickets in quick succession after the 20th over post an ordinary start with the ball in the morning session. In-form batter Dinesh Chandimal and Mathews joined hands and the duo put on a stand for over 20 overs when the chance came.

Nauman Ali, into the XI for this Test as the second spinner, bowled a flighted delivery that Mathews didn’t quite get to the pitch of.

The ball went off the splice to Babar stationed at cover and he got to there pretty easily only to see it slip through his fingers and give Mathews a life. Nauman Ali had justice a few overs later when he dismissed Mathews for 42, caught by Mohammad Rizwan.

BABAR AZAM WITH THE DROP CATCH OF THE YEAR #SLvPAK pic.twitter.com/wBlGhvM3LH