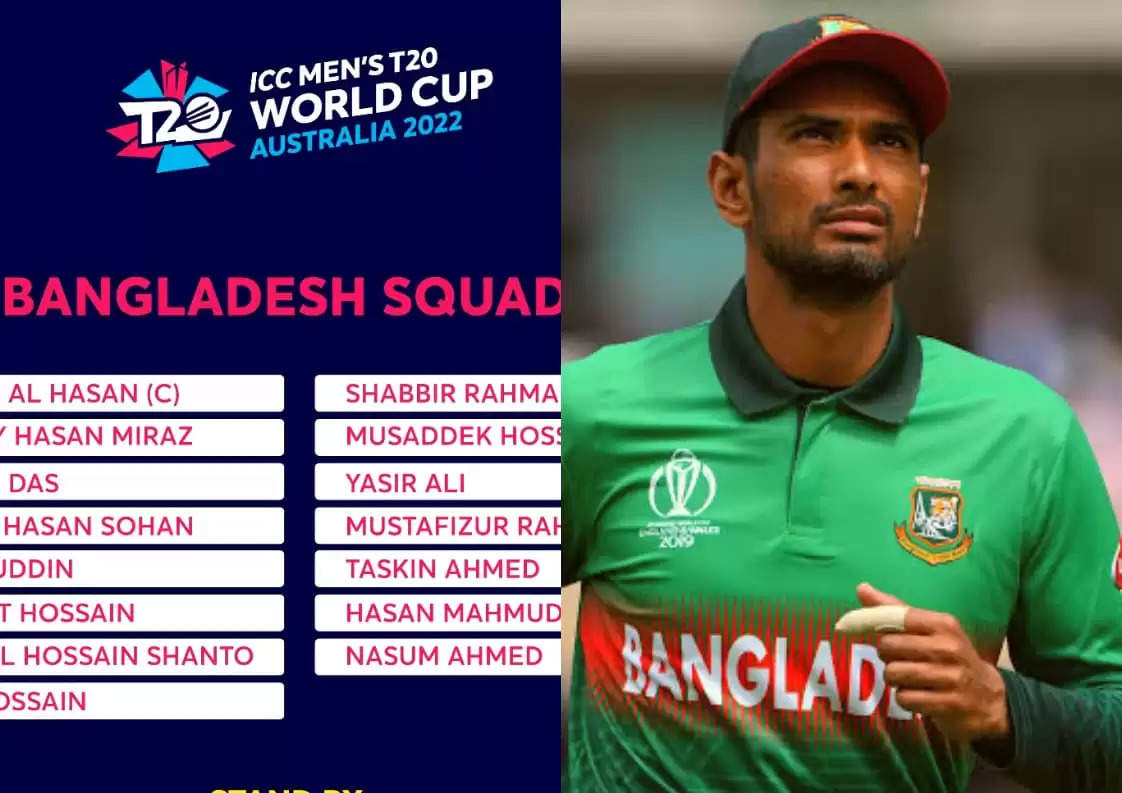 Bangladesh will be without senior pros Mahmudullah Riyad and Mushfiqur Rahim for the T20 World Cup in Australia.

Led by promiment allrounder Shakib Al Hasan, Bangladesh have one major exclusion in their squad from the team that crashed out of the group stage of the Asia Cup 2022 in UAE recently.

The Bangla Tigers will be without their former skipper Mahmudullah, who has been dropped by the selectors after sustained lack of performances in the shortest format.

The right-hander played painstaking knocks of 25 off 27 and 27 off 22 versus Afghanistan and Sri Lanka in Bangladesh's irrevocable defeats at the regional T20I competition in the Middle East.

Mahmudullah has a horrible record to his name in T20Is for Bangladesh, carrying an insipid strike-rate of 117.30 over 121 T20Is holding a critical middle-order spot in the line-up. He averages a poor 23.57 in his career with 2,122 runs to his name.

Mahmudullah's sacking became imminent in the aftermath of Bangladesh's twin losses at the beginning of the Asia Cup, making it impossible for the team management to continue with a longstanding failure.

Mahmudullah's ouster makes the T20 World Cup Bangladesh's first major T20I assignment without the famed duo of their two middle-order stalwarts, with Mushfiqur Rahim being the other.

Rahim opted to retire from T20Is after the Asia Cup 2022 with an equally woeful record under his belt in the shortest format of the game. The right-hander collected his 1500 runs in 76 matches at a strike-rate of 115.03, averaging 19.48.

Bangladesh fine-tune ahead of T20 World Cup in Australia

The selectors have also refrained from going back to experienced opening batter Tamim Iqbal in T20Is after the batter took a break from the format himself last year.

The think-tank has persisted with a young squad under Shakib's captaincy, making it one of Bangladesh's bravest selections in recent history.

Bangladesh have kept their confidence on most of the Asia Cup touring party bar Mahmudullah, with Mushfiqur retiring voluntarily.

The only changes from the squad picked for the tournament in UAE are wicketkeeping duo of Anamul Haque and Parvez Hossain Emon, with Hasan Mahmud and Yasir Ali taking their places.

Bangladesh will prepare for the T20 World Cup with a T20I tri-series in New Zealand, also featuring Pakistan, from October 7 to 14 before they travel to Australia.

They are part of Group 1 of the Super 12 stage of the competition alongside hosts Australia, New Zealand, England and two yet-to-be-determined preliminary qualifiers.