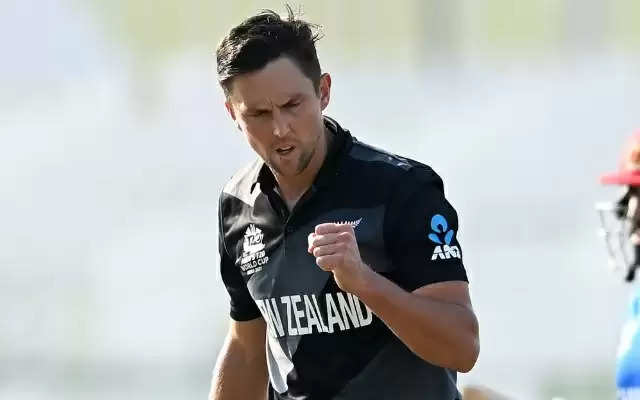 All eight BBL clubs have confirmed their initial round of overseas picks in different categories.

Liam Livingstone and Trent Boult are the headlined picks from the first-ever overseas players draft at the Big Bash League (BBL). Released on Sunday (August 28), the list has confirmed Livingstone and Boult among prominent international picks from abroad for the next edition of BBL.

Livingstone became the first pick at the inaugural overseas players draft for BBL 12. The English hard-hitting maverick is set to represent Melbourne Renegades in the league after being bought in the Platinum category of players.

In the same player bracket, New Zealand's semi-retired veteran quick Trent Boult will turn out for the Melbourne Stars. Boult, who recently walked out of his central contract with NZC, is set for his maiden BBL stint, which will consequently see him skip Black Caps' historic tour of Pakistan in December.

The overseas draft has been introduced to attract the world's biggest stars to the BBL amidst the rising threat to the league getting reduced into a second-tier competition, with the proliferation of cach-rich tournaments in the same December-January window in South Africa and UAE.

The Platinum category in which Livingstone and Boult have secured their respective deals is the highest paying bracket of players selected in the tournament draft. Both Boult and Livingstone will receive a sum of $340,000 for taking part in BBL 12, as would Afghanistan's spin king Rashid Khan, who has been retained by the Adelaide Strikers.

Below this bracket is the Gold category where players will fetch a sum of $260,000. Subsequent draft allocations in Silver and Bronze categories bind the clubs to pay $175,000 and $100,000, respectively, to their players.

In the initial rounds of draft picks, seven players went in the Platinum category, while eight were selected in the Gold category. Five players were picked from the Silver category, with four players fetching Bronze category deals.

Here is a category-wise breakdown of players picked in the initial rounds for BBL 12: