A complaint has been filed against the MI owner for having a stake in IPL media rights deal through a Viacom 18 subsidiary.
By Kashish Chadha Sat, 6 Aug 2022 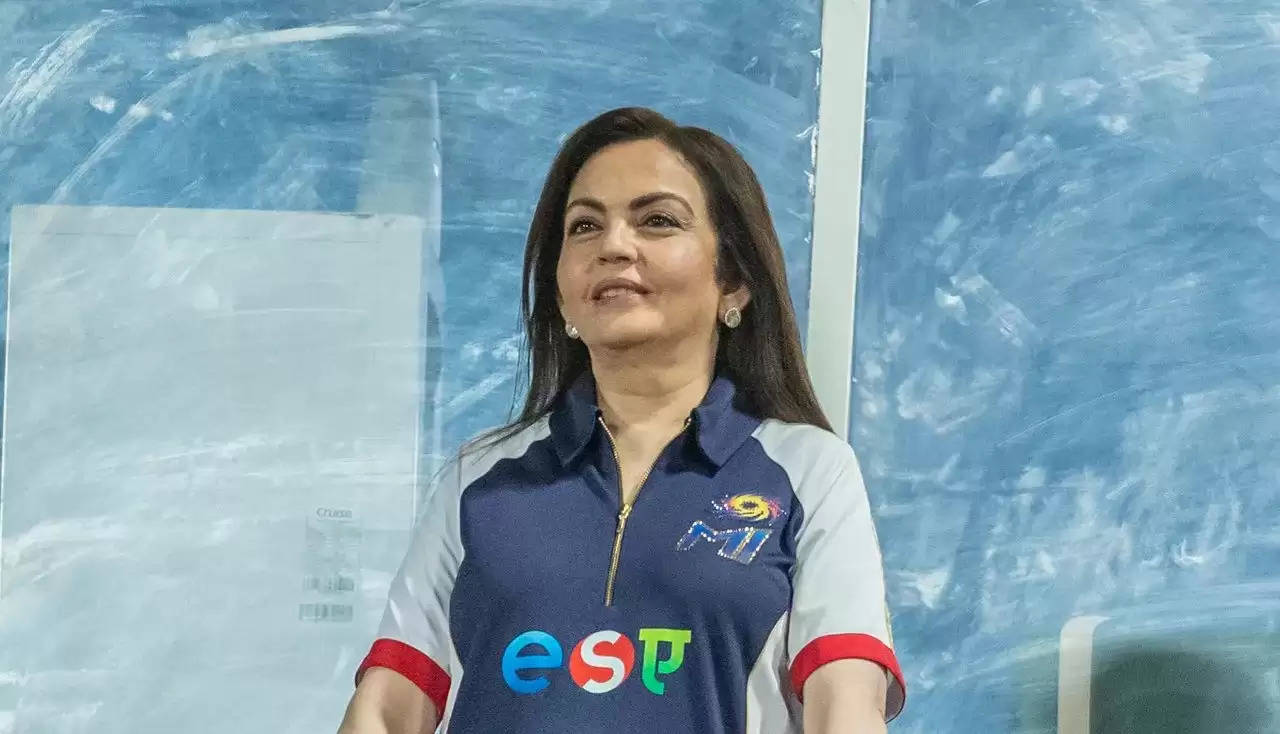 The complaint has been filed by former MPCA member, with BCCI ethics officer asking for a written response from Nita Ambani.

BCCI ethics officer Vineet Saran, the retired Supreme Court judge, has addressed allegations of conflict of interest against IPL franchise Mumbai Indians (MI) owner Nita Ambani and asked her to respond to the claims put forth.

Saran has asked Ambani to give a written response to the allegation, with September 2 set as a deadline for the Reliance Industries Limited (RIL) director to come up with one. Ambani will also have to support her side of the argument with a "duly executed affidavit", reported The Indian Express, with access to the communication between the ethics officer and the corporate giant.

The complaint of a potential conflict was filed by Sanjeev Gupta, the former Madhya Pradesh Cricket Association (MPCA) official. In his complaint to Justice Saran, Gupta wrote that Nita Ambani is "hit by an instance of Conflict of Interest" as per the BCCI rules.

This, as "she is owner of BCCI IPL Franchisee of Mumbai Indians Team & also RIL-Owned / Subsidiary Viacom 18 (that) won the IPL Media rights (digital) thus Viacom 18 entered into a contractual arrangement with BCCI for IPL media rights."

The BCCI rules bar any IPL franchise owner from also owning a stake in the sponsorship or the broadcasting of the league.

Gupta's complaint was duly received by Justice Saran, who responded to it by stating: "You are hereby informed that a complaint has been received by the Ethics Officer of the Board of Control for Cricket in India (for short ‘BCCI’) under Rule 39(2) (b) of the Rules and Regulations of BCCI, regarding certain acts, allegedly constituting ‘conflict of interest’ on your part."

"You are directed to file your written response to the accompanying complaint on or before 02/09/2022. The said response should be supported by a duly executed affidavit," the notice further reads.

Tightening the screws on Nita Ambani and Reliance Group, Justice Saran pointed out a RIL statement and a BCCI release to shed light on the connection between RIL, MI and Viacom18.

Justice Saran then alluded to a statement from BCCI secretary Jay Shah, who had announced Viacom18, which is a RIL subsidiary, as the winner of the IPL digital rights deal. "It is submitted that BCCI website dated 15 June 2022 & BCCI Secretary Shri Jay Shah Twitter account dated 14 June 2022 displaying that Viacom 18, subsidiary of RIL, won BCCI IPL Media rights."

Gupta, in his communication with Saran, reinforced the relevant clause that MI's owner has violated. "When the BCCI, a Member, the IPL or a Franchisee enter into contractual arrangements with entities in which the individual concerned or his/her relative, partner or close associate has an interest."

"This is to include cases where family members, partners or close associates are in position that may, or may be seen to, compromise as individual’s participation, performance and discharge of roles," he added.