Dinesh Karthik spoke of his improved powerhitting, backing from the team management and finding ways to stay on top of the bowlers.
By Kashish Chadha Sat, 6 Aug 2022 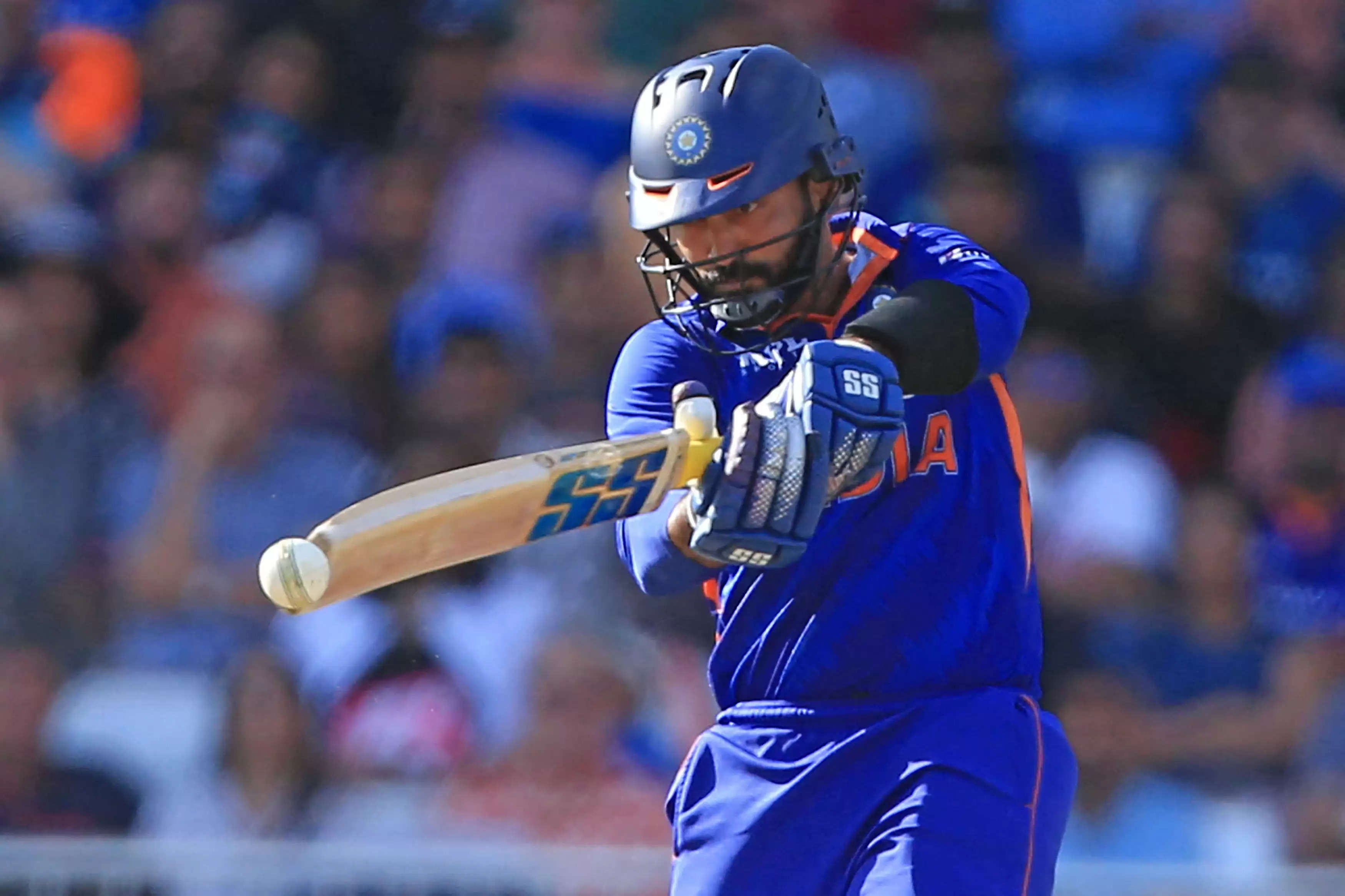 Dinesh Karthik has been fantastic in the end-overs aggressor's job since his comeback to the India's T20I side.

India's designated end-overs aggressor Dinesh Karthik says he wish he had worked on his powerhitting skills a lot earlier and taken them to the level he has reached now at the twilight of his career.

Karthik, whose ability to muscle the ball consistently in the final stages has been key to his comeback in the T20I set-up this year, rues the fact that he didn't put as much focus on boundary-hitting when he was younger.

Used to provide the final touches to the innings, the experienced wicketkeeper-batter has been fantastic since the start of the IPL 2022. Playing down the order for Royal Challengers Bangalore (RCB), he made 330 runs at an average of 55 with an eye-catching strike-rate of 183.33.

Dinesh Karthik's exploits earned him a much-awaited India comeback after three years as he has since relished the role-clarity and stability provided to him by skipper Rohit Sharma and head coach Rahul Dravid, who have given wings to his improved powerhitting abilities.

Dinesh Karthik rues not focusing as extensively on powerhitting skills before

Speaking to the press on the eve of the fourth T20I against the West Indies in Florida on Friday (August 5), Dinesh Karthik was asked which aspect of his game he has transformed and would love to have changed earlier in his career. "Powerhitting.. that is something I have worked on. I wish I had done that a little earlier in my career," Karthik responded.

Apart from improved powerhitting, Karthik has benefitted immensely from a sense of assurance and clarity provided to him by the current team management, to whom he remains grateful.

Karthik had been contentiously dropped from the T20I side despite enjoying a strong run of games in 2018-19 - averaging 45.60 with a strike-rate of 155.10 - a repeat of which, he knows, is highly unlikely with Dravid and Rohit at the helm.

"Extremely happy (with my game and being part of the current set-up). For the captain and coach to showcase so much faith in me, it is only fair that I repay the faith by giving performances which will help the team cross the line. This is something I have been trying to do."

Having earlier deemed it the "best team atmosphere" he has been part of, Karthik said, "this is the happiest I have been part of any Indian team. The love and affection I have received from not only the fans but the management.. a lot of credit shall go to the coach and the captain."

Karthik also highlighted the challenge of adjusting his strokemaking with the direction of the wind in the Caribbean and now the USA, earmarking it as key preparation area for the World Cup in Australia, where big grounds will make six-hitting only tougher for powerhitters like him.

"In the Caribbean and Miami, the wind is a massive factor. Even though it's a sport that is played with a heavy ball, a lot of the times the wind dictates where you play your shots because if you hit it against the wind the shot tends to carry to the fielder."

"The bowlers are clever and try and make you hit the ball against the wind and make it tougher to manufacture strokes," added Karthik, who said he is taking the pressure of expectations as a "privilege" being an Indian player on comeback.