Former Bengal batsman and current secretary of the Cricket Association of Bengal, Snehashish Ganguly has tested positive for COVID-19. The reports of the same were presented in the afternoon yesterday. Despite not showing too many symptoms of the virus, he has been admitted in Belle Vue Hospital at Loudon Street, Kolkata. According to ABP Ananda, […]
By CricXtasy Staff Thu, 16 Jul 2020 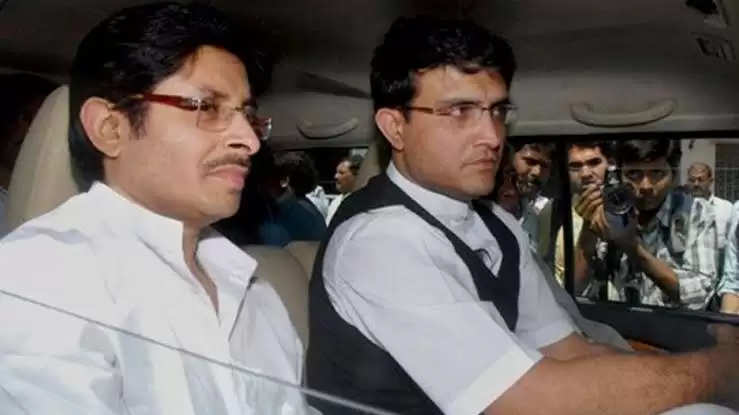 Former Bengal batsman and current secretary of the Cricket Association of Bengal, Snehashish Ganguly has tested positive for COVID-19. The reports of the same were presented in the afternoon yesterday. Despite not showing too many symptoms of the virus, he has been admitted in Belle Vue Hospital at Loudon Street, Kolkata. According to ABP Ananda, the news was also confirmed by BCCI President Sourav Ganguly.

A month ago, there were rumours that he, his mother in law and father in law were also diagnosed with the virus last week.

In a span of 10 years between the late 80s and the 90s, Snehashish Ganguly, elder brother of former Indian captain and current BCCI president Sourav, has played 59 first class matches scoring 2,534 runs at an average of almost 40. Considered to have had a better technique than younger brother Sourav in his playing days, Snehashish Ganguly is best remembered for his heroics against Karnataka in the quarterfinal of the 1990/91 Ranji Trophy. After being struck by a Syed Kirmani sweep, Snehashish had to be taken to the hospital to nurse a fractured ankle. Karnataka went on to post a gargantuan score of 791/6 in 249 Overs, almost batting Bengal out of the game. In reply, after losing skipper Pranab Roy early on, Bengal went on to stage a recovery of sorts before faltering to 147/4. The younger of the two Gangulys joined Pune born Shrikant Kalyani, who was batting well at that stage. The duo went on to stage a partnership of 184 before Sourav got out for 74.

To the surprise of everyone, Sourav’s elder brother walked out to bat. Nobody had expected him to face a bowling attack consisting of Venkatesh Prasad, Anil Kumble, Raghuram Bhatt and Javagal Srinath, who was probably the fastest bowler in India at the time. Even the newspapers wrote that Bengal were a man short. But here he was, walking out with his pad and boot strapped together with his foot, accompanied by Pranab Roy, acting as his runner. Snehashish went on to survive a very rapid spell from Srinath, which consisted of quite a lot of chin music. One bouncer went on to smash Snehashish’s helmet into two. He got a new helmet, managed to settle down, and eventually started to time the ball well.

Battling through the pain with the help of painkillers, Snehashish managed to get to 36* at lunch. People started flocking to the ground after hearing the events of the morning session. By the time tea was announced, the duo of Kalyani and Snehashish were at 160 odd and 80 odd runs individually, and the stadium was packed. The crowd were thrilled to bits when Snehashish got to his hundred, as they jumped over the fence and invaded the ground.

But soon after, Kalyani, who had been batting so well, anchoring the innings supported by the Ganguly brothers, got out for a personal best score of 260. The lower order of Saradindu Mukherjee, Utpal Chatterjee, and Dattatreya Mukherjee followed soon after, and then it was upto last man Sagarmoy Sen Sharma and Bengal’s man of that moment, Snehashish Ganguly, to survive the rest of the day in order to book a berth in the semi final on the basis of quotient. Despite being told not to play any extravagant or agricultural shots by his partner, Sen Sharma, true to his habit, did exactly that, but luck was favouring Bengal as he could not get bat on ball too often.

Javagal Srinath was given the responsibility to take the final Bengal wicket in the last over of the match. He bowled six of his quickest balls to Snehashish Ganguly, with all the fielders standing close to the bat, but it was not meant to be for Karnataka. Snehashish Ganguly’s grit, courage and brilliance with the bat were too good for them. Figuratively batting on one leg, Snehashish managed to stage one of the greatest comeback stories in the history of Indian domestic Cricket, finishing not out on 116, as Bengal went on to register 652/9 in 200 overs. With a run rate of 3.26 throughout the innings, compared to Karnataka’s 3.17, Bengal, the defending champions went on to qualify for the semi final.