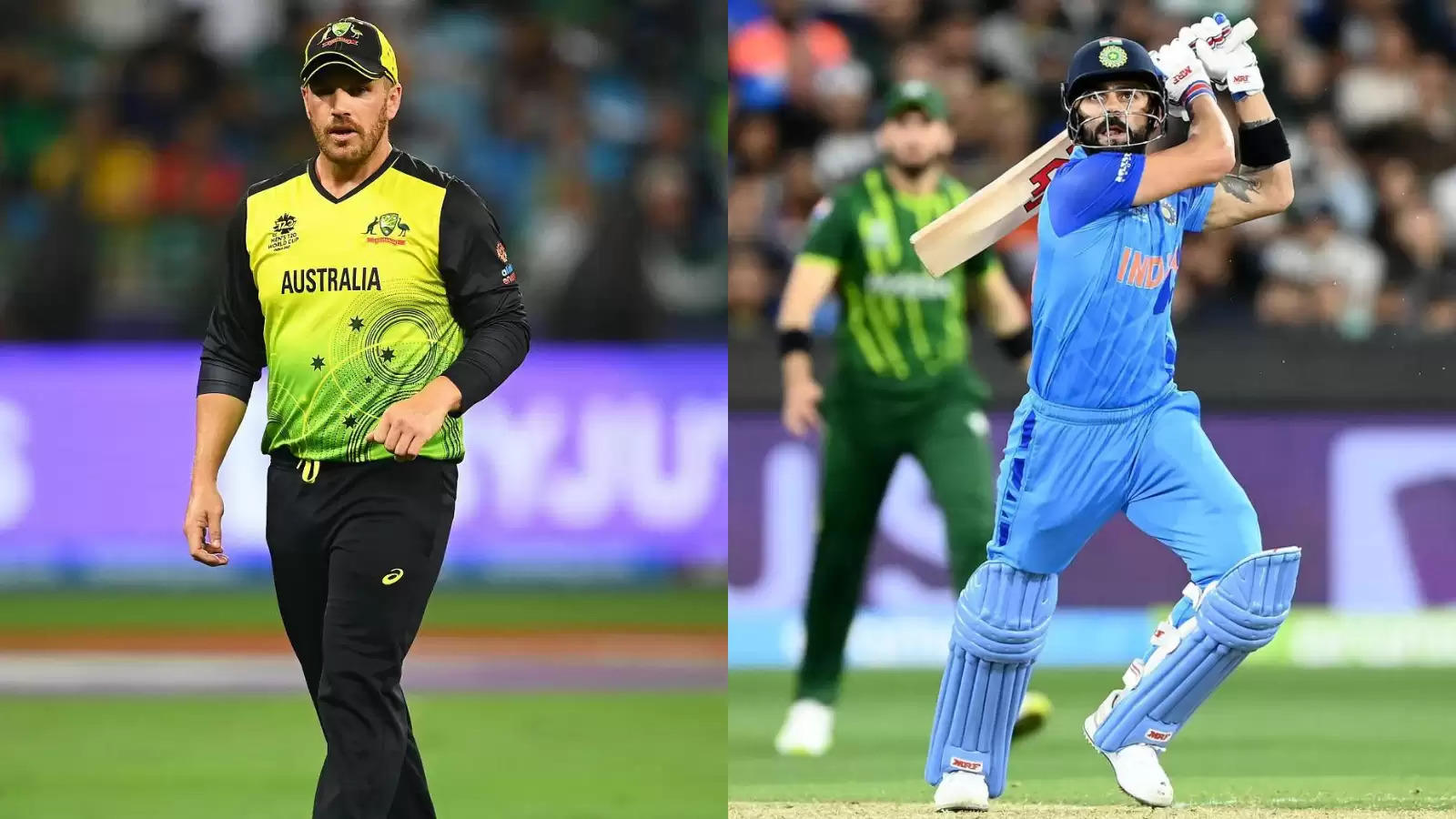 “I was nervous in the build-up watching that”

The India vs Pakistan T20 World Cup 2022 clash in Melbourne on Sunday lived up to its expectations, with over 90,000 fans at the venue and millions worldwide witnessing one of the greatest T20Is ever. The match went right down to the final ball, with India emerging victorious by four wickets, successfully chasing the target after they had been reduced to 31/4 in a 160-run chase.

Wickets, six, no-ball, free-hit, wides, double and a game-sealing single - the nail-biting last-over bowled by Mohammad Nawaz had it all, prompting amazement from present and former cricketers and fans alike.

Aaron Finch, the Australia captain, expressed his wish to watch the high-octane rivalry live, whenever the opportunity is presented.

“Regardless of what the result is…I think the India-Pakistan game was amazing,” Finch said on Melinda Farrell’s YouTube channel. “I was actually sitting at home, nervous! I was nervous in the build-up watching that because I know how big a clash it is and I can’t wait for the day that I can retire and go and watch an India-Pakistan game live somewhere.”

ALSO READ: ‘I cursed Dinesh Karthik as I walked in to bat’ – R Ashwin on nervy Pakistan clash at MCG

Finch was in all praise of Virat Kohli, who rated his scintillating unbeaten 82 as his best T20I knock, the innings helping India snatch an unlikely win after they needed 28 off 8 at one point.

“What it was…was a Virat Kohli masterclass! You always felt even though…… with three overs to go, if you’re still there…you know the amount of pressure that he puts on the opposition just by being there and yeah it was just great viewing,” said Finch.

Australia, meanwhile, are precariously placed in the race to the semi-finals with three points from as many games. The defending champions suffered an 89-run defeat to New Zealand in their opener in Sydney last week, before redeeming themselves with a thumping seven-wicket win over Sri Lanka in Perth. A rain-affected draw against England in Melbourne has further affected their campaign, and Finch expressed disappointment with no play being possible due to the weather.

“The outfield has taken a drenching over the last couple of weeks. That’s the wettest I’ve ever seen in this stadium. The run-ups were a real issue and around the inner circle, it was very wet. It’s more about players’ safety,” Finch was quoted as saying after the match.

“We saw one of the Zimbabweans go down the other day. If you are trying to run there, it’s going to be a real issue. Everyone was ready to play, there was a great turnout, disappointing not to get on. The amount of rain that Melbourne has had has been amazing.”

Australia will face Ireland in their next Super 12s clash in Brisbane on Monday, October 31.