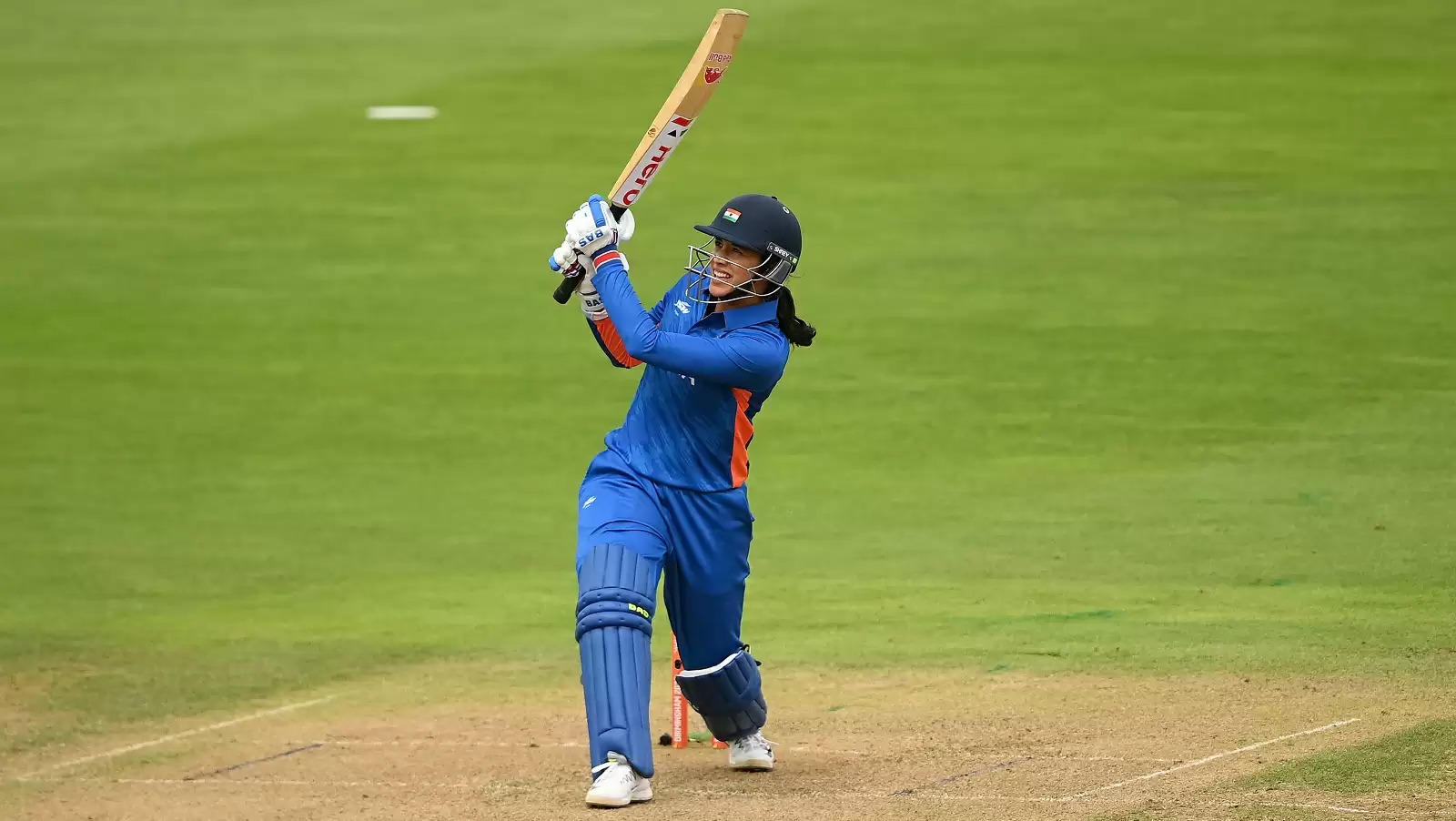 Mandhana struck eight fours and three sixes in her 32-ball 61.

Smriti Mandhana carried her sizzling form into the ongoing cricket semi-final clash between India Women and England at the Birmingham Commonwealth Games 2022, scoring a stroke-filled 32-ball 61 to lead her side’s early charge.

Mandhana got to her half-century off just 23 balls, making for the quickest fifty in the ongoing competition. The left-hander also bettered her own record on that front from three years ago, when she had got to fifty off 24 balls against New Zealand in Wellington, thereby making it the fastest fifty for India Women in the format. It's also the fastest fifty in a Women's T20I knockout game, bettering Australia skipper Meg Lanning's 27-ball effort against England back in 2018.

Mandhana got to the mark with a pull off the top-ranked T20I bowler Sophie Ecclestone on the first ball of the sixth over. She had scored 50 of the India’s team total of 55 at that point, and went on to add 76 for the first wicket with Shafali Verma, before the latter fell to Freya Kemp for a 17-ball 15.

Mandhana fell to Nat Sciver in the next over, mistiming an attempted scoop to be caught at short fine-leg for a 32-ball 61. She struck eight fours and three sixes in her entertaining blitz.

Mandhana, the third-ranked Women’s T20I batter currently, now leads the run-scoring charts at the CWG 2022, with 153 runs at 51, while having maintained an excellent strike-rate of 156.12.

The India Women’s vice-captain had scored 24 off 17 in the opening game of the tournament against Australia, and followed that up with a belligerent 63* off 42 in a dominant eight-wicket win over Pakistan, before managing five in the final Group A game against Barbados.

The second semi-final will be played between Australia Women and New Zealand Women at the same venue later in the day.