Deepak Hooda took the opportunity to laud Virat Kohli, when being asked if he prefers batting at No.3 or No.5 for India in T20Is.
By CX Staff Writer Tue, 22 Nov 2022 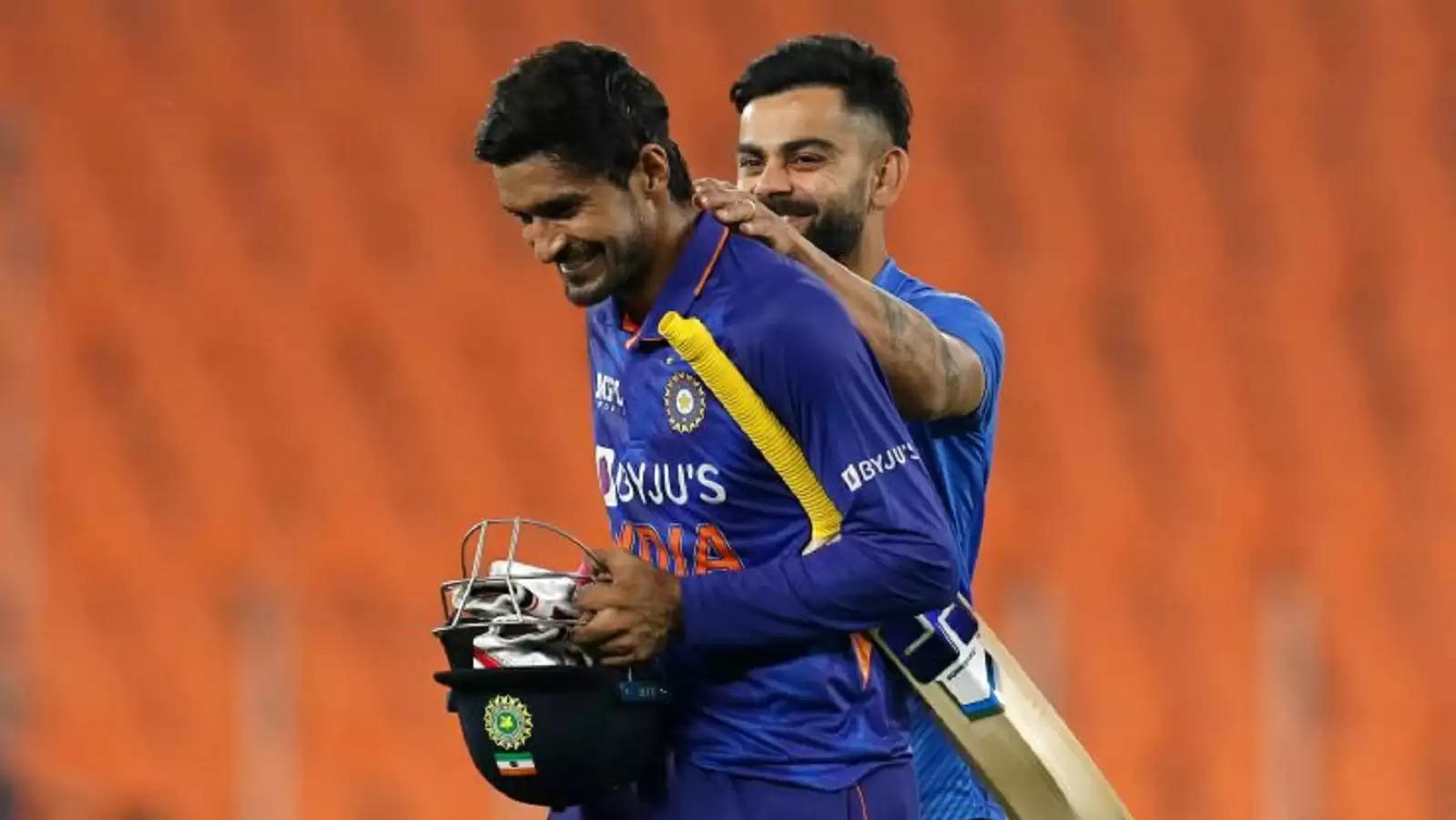 “I have to be realistic, I can’t get that spot”

India batting all-rounder Deepak Hooda indirectly praised former skipper Virat Kohli when asked of his preferred batting position for India in T20Is. Hooda was asked if he looks forward to batting at No.3, a position he has had great success in domestic cricket in recent years, and made it his own for the Lucknow Super Giant at the IPL 2022 during the team’s run to the playoffs.

Interestingly, Hooda registered his maiden T20I hundred against Ireland from the same position earlier this year, with a host of senior players away for the England tour opening up the opportunity.

He had a heart-winning answer when being asked of the same on the ongoing New Zealand tour. Hooda labelled Virat Kohli, India’s designated No.3 in white-ball formats, as a “legend”, stating he has to be realistic going forward.

“I would like to bat at 5, we have a legend playing at 3 and I have to be realistic, I can’t get that spot (smiles). It’s a problem at times to adapt to batting at 5 or 6, but I have done that role as I am a utility player,” Deepak Hooda said during an interaction with Prime Video.

The remark was praised widely by fans on the internet.

'I would like to bat at 5, we have a legend playing at 3 and I have to be realistic, I can't get that spot (smiles)'

Question - which is more preferable to you, No.3 or 5?

Deepak Hooda - No.5 obviously, 3 is for the legend and there's no meaning talking about that.

Deepak Hooda:- I would like to bat at 5, we have a legend playing at 3 and I have to be realistic, I can't get that spot (smiles).
😂😂#crickettwitter #CricketContestByArjun #INDvsNZ #NZvsIND

Hooda, who returned 4/10 from 2.4 overs, added that he looks forward to contributing on both fronts whenever the opportunity presents itself.

“I am a batting all-rounder, so scoring runs is very important, but I’m working on my bowling as well and want to chip in whenever the team needs me,” he said.

The third T20I is being played at the McLean Park, Napier, with New Zealand having opted to bat after a delayed start.