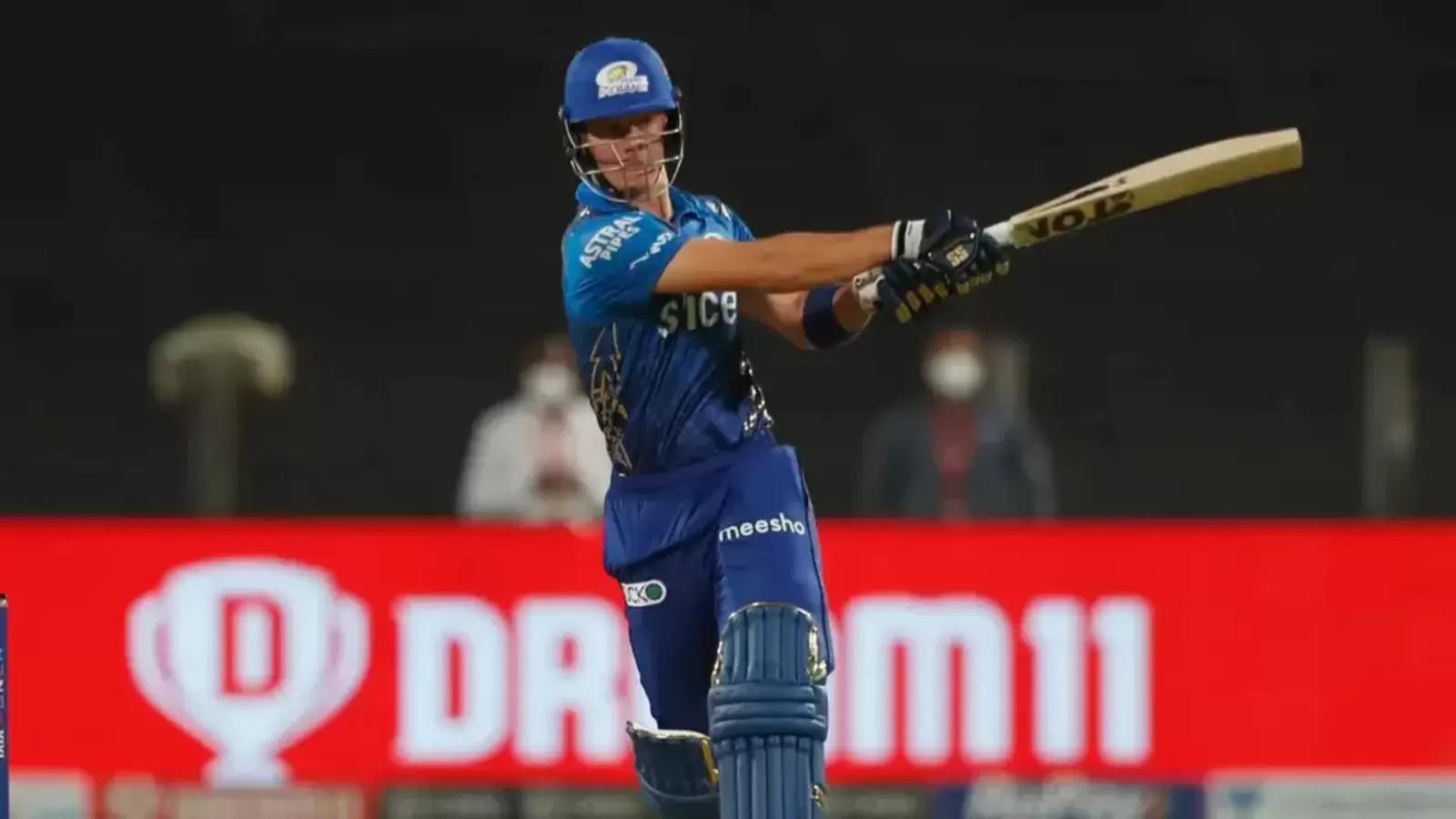 Brevis smashed six fours and nine sixes during his stay.

Dewald Brevis, who emerged as the standout performer at the U19 World Cup 2022 in the West Indies earlier this year, has once again produced a fine innings, this time for a second string Mumbai Indians side in Durham.

The Reliance Cricket Team, up against Durham Cricket, racked up 211/9 in their allotted 20 overs, with Brevis being the standout performer on the day, scoring 112 off just 49. He smashed six fours and nine sixes during his stay. RS Gahlaut, who opened alongside Brevis, was the second top-scorer of the innings with 25 off 13.

Tristan Stubbs, Hritik Shokeen, Mayank Markande and Arjun Tendulkar are the other notable names in the line-up. L Doneathy was the pick of the bowlers for the hosts, returning 3/21 from his four over spell.

ALSO READ: 'I am ready for the Protea call-up' - Dewald Brevis thinks he is ready to play for South Africa

Brevis had finished as the leading run-scorer at the U19 World Cup 2022, with 506 runs at 84.33, while also bagging seven wickets at 28.57 with his wrist-spin. His exploits were good enough for him to attract attention at the IPL 2022 mega auctions, wherein he had been roped in for INR 3 crores by the Mumbai Indians, after Chennai Super Kings and Punjab Kings too, had participated in a fierce bid.

He would return with 161 runs at a strike-rate of 142.48 in the tournament wherein the five-time champions finished last. His most memorable hour came against the Punjab Kings, against whom he smashed 49 off 25, including a breathtaking assault against Rahul Chahar in an over, wherein he went 4, 6, 6, 6 and 6.

Nicknamed “Baby AB” after his idol AB de Villiers, Brevis had been overlooked for South Africa’s tour of India last month, and the ongoing multi-format tour of England, which includes three ODIs, and as many T20Is and Tests. He is keen for a national cap and is willing to bat at any position.

"I am ready for the Protea call-up. I want to represent my country and establish myself across all three formats. I like batting at No.3, but I can also bat at other positions, wherever the team needs me,” he had told Sportskeeda recently.