India skipper Rohit Sharma’s poor run continued at the ongoing T20 World Cup 2022, with him scoring a scratchy 27 off 28 in the second semi-final against England in Adelaide on Thursday.
By CX Staff Writer Thu, 10 Nov 2022 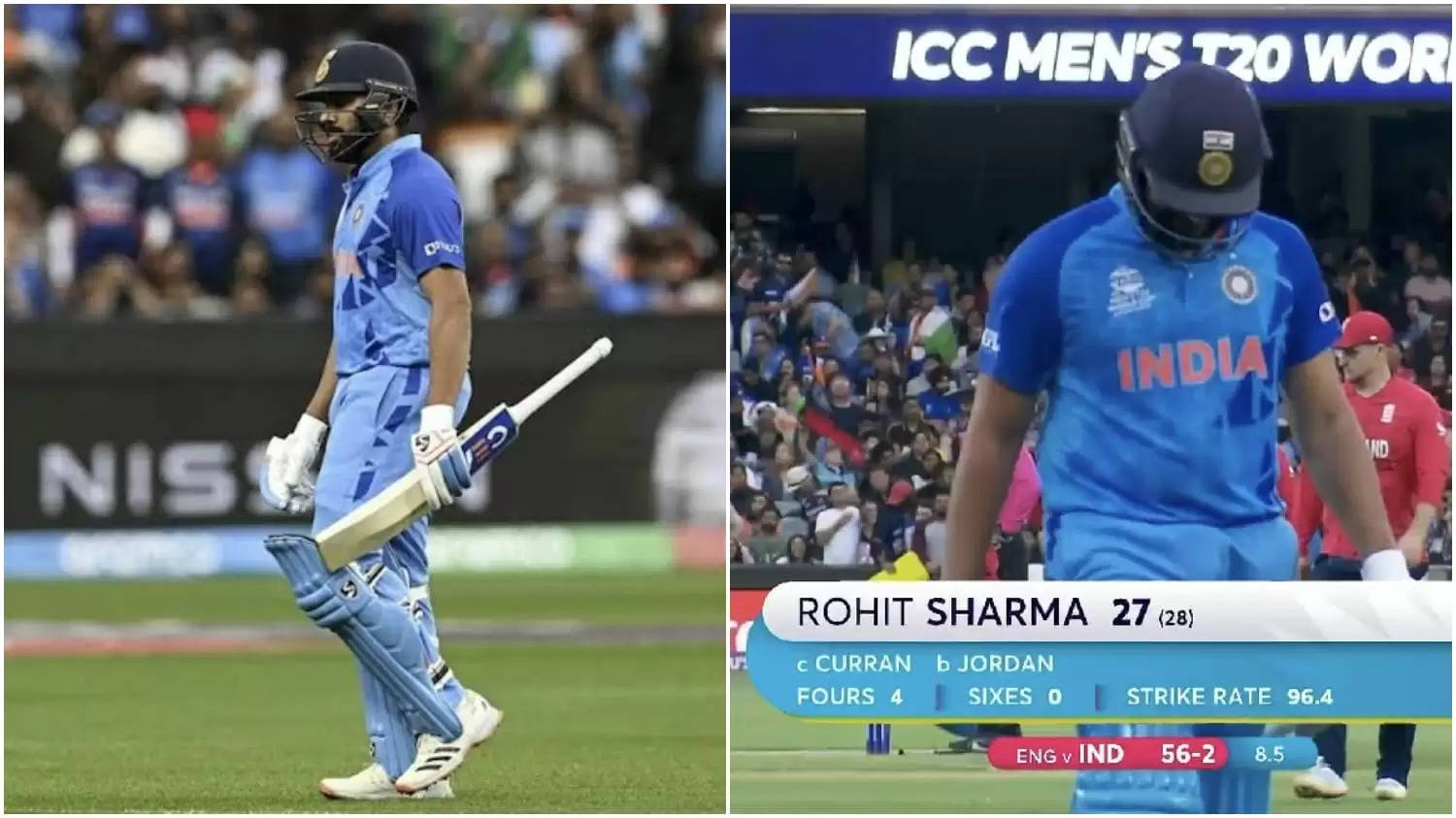 Rohit Sharma failed to get going after India were put in to bat.

Rohit’s poor run continued in the semi-final against England at the Adelaide Oval on Thursday, November 10, as he returned a scratchy 27 off 28, including four fours, before being dismissed by Chris Jordan in the ninth over of the innings. India could manage just 38/1 at the end of the powerplay, with KL Rahul falling to Chris Woakes for 5 in just the second over after Jos Buttler opted to bowl.

Rohit’s innings prompted quite a few reactions from the fans on social media:

27(28) after what looked like an innings filled with attempted big shots.

Story of Rohit Sharma in last 5-6 months in T20Is.#INDvsENG #T20WorldCup

Can you tell me what Rohit Sharma was doing?

Rohit sharma's 0(1) would have helped india more than this knock pic.twitter.com/29DlpsnU8h

This opening pair is letting us down

Indian openers in this #T20WorldCup

What a performance by these academy beasts😍 #INDvENG

India eventually managed 168/6 in the allotted 20 overs, with Virat Kohli (50 off 40) and Hardik Pandya (63 off 33) being the chief contributors. Kohli struck four fours and a six in his third fifty in third T20I outing at the Adelaide Oval, before falling to Chris Jordan on the final ball of the 18th over. Pandya stumbled onto his stumps on the last ball of the innings to be dismissed hit-wicket, after having struck four fours and five sixes in an entertaining display.

Adil Rashid was the standout of England bowlers, returning 1/20 from his four overs which included the key wicket of an in-form Suryakumar Yadav, while Chris Jordan bagged two wickets.

England were forced to rope in Jordan and Phil Salt in their XI with Mark Wood and Dawid Malan being sidelined with injuries.