Ben Stokes left a shock wave around the cricketing world by opting to retire from ODIs aged 31.
By Kashish Chadha Tue, 19 Jul 2022 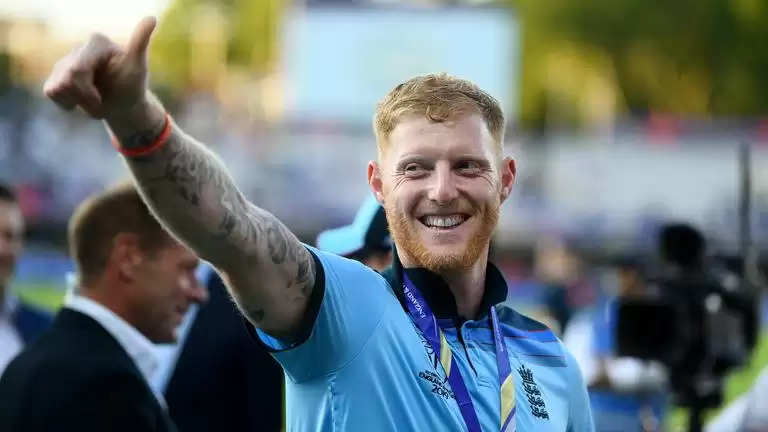 Ben Stokes on Monday (July 18) shocked the cricketing world as he confirmed that Tuesday's first ODI against South Africa of a three-match series will be his last in England colours in the 50-over format.

Stokes cited burnout faced by playing all three versions of the game in a cruelly busy calendar for his decision and said it's "unsustainable" for him to continue giving ODIs his 100 per cent.

The 2019 World Cup hero is retiring from the 50-overs game aged 31 and a year before he would've had the chance to defend the crown in India.

It is a call that former England captain Nasser Hussain was respectful of but said the decision has come as a "massive surprise" given the timing of it.

Hussain also said Ben Stokes' move and honest admission around the schedule reflects the nature of an excessively busy cricketing itenerary for the players, one where something would eventually have to give.

Hussain feels for Ben Stokes after his decision to quit ODIs

Speaking of the Ben Stokes retirement call for Sky Sports, Hussain stressed on the "absolutely crazy" cricketing schedule and expressed a sense of empathy towards the premier England allrounder as he is being forced to open up the calendar for himself just to give Tests and T20Is his best.

"It came as a surprise, to be honest. You thought he would be looked after, in terms of being rested from various white-ball tournaments and formats - he'd already announced he was going to miss white-ball series', and The Hundred. To completely knock 50-over cricket on the head is a massive surprise," Hussain said. "I guess it's the schedule. The cricketing schedule is absolutely crazy at the moment."

"If you just play in the one format - say Test matches - it's absolutely fine. But if you're a multi-format, multi-dimensional player, and even a Test match captain like Stokes, who throws himself into his job 100 per cent on and off the field, eventually something's going to have to give."

Hussain said it's a "real shame" for the game of cricket that Stokes feels he can't give himself the chance to reclaim the World Cup trophy without letting his team down in terms of efforts put in the other formats of the game.

The ex England captain shot straight for the game's administrators, who have been piling on game after game in the calendar while also proliferating their respective T20 leagues, making it impossible for players to prioritise all three formats without going down with an injury or battling mental or physical fatigue.

"It is disappointing news to say the least but it is a reflection of where the cricketing schedule is at the moment. It is madness for players," he said.

"If the ICC just keep putting on ICC events and individual boards just keep filling the gaps with as much cricket as possible, eventually these cricketers will just say I'm done."

"Stokes is done with one format aged 31, which can't be right, really. The schedule needs looking at, it is a bit of a joke at the moment," Hussain added.