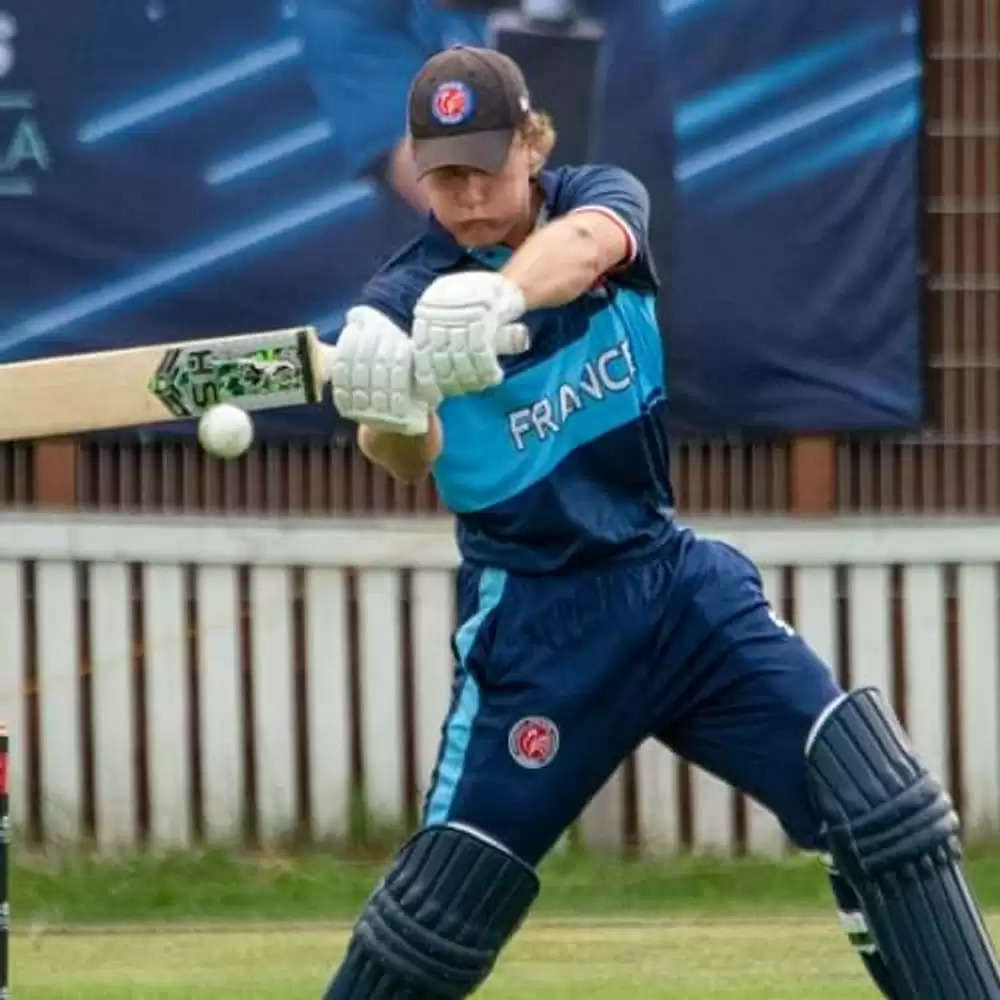 Gustav McKeon now also holds the record for most runs in the first three innings of a men's T20I career.

France opening batter Gustav McKeon is in the news again after breaking another record to his name in the ongoing Europe sub-regional ICC T20 World Cup 2024 qualifier. McKeon, who only a few days back became the youngest male T20I centurion in the history of the game, is now also the first man to smash back-to-back hundreds in the format.

Backing up his ton against Switzerland in Vantaa, McKeon blasted his way to a 53-ball 101 versus Norway on Wednesday (July 27). The explosive ton in the Norway game featured five fours and eight sixes and made him holder of an unprecedented record at the age of just 18.

Having kicked off his T20I career for the French with a 54-ball 76 versus the Czech Republic at the start of the tournament, McKeon also holds the record for most runs made in the first three innings in men's T20Is.

The batter has struck 286 runs from his first three innings, breaking the record held by Portugal player Azhar Andani, who made scores of 46, 100 and 81 at the start of his career.

While the knock against the Swiss side went in vain, Gustav McKeon's ton in the game against the Norwegians pushed France to a much-needed victory in the qualifiers.

Being the stand-out player of his team, Gustav McKeon almost singlehandedly helped France beat Norway, smashing a ton in the first half when the next highest individual score for the innings was only 15 from Lingeswaran Canessane.

The youngster then backed his superlative exploits via bat in hand with an excellent spell with the ball, taking 3 for 27 off his 4 overs to allow France to defend their total of 158.

The 18-year-old was deservingly awarded the 'Player of the Match' honours for the game.

France's victory over Norway meant they now stand on par with Switzerland with 4 points at the top of the third sub-regional qualifier's points table.

The winner of this qualifier will join Jersey, Germany, Italy and Denmark at the Europe regional qualifiers next year alongside European teams who fail to secure their spot at the T20 World Cup 2024 in USA and West Indies from the 2022 edition in Australia.

Ireland, Netherlands and Scotland are part of the preliminary round of the tournament this year and need to either finish top 4 in one of the two Super 12 groups or be one of the top 12 T20I ranked sides by November 14, 2022 to make the following edition directly.