Washington Sundar produced a perfect off-spinner’s dismissal on Day 4 of the County Championship 2022 Division One fixture between Lancashire and Kent on Thursday, July 28.
By CX Staff Writer Thu, 28 Jul 2022 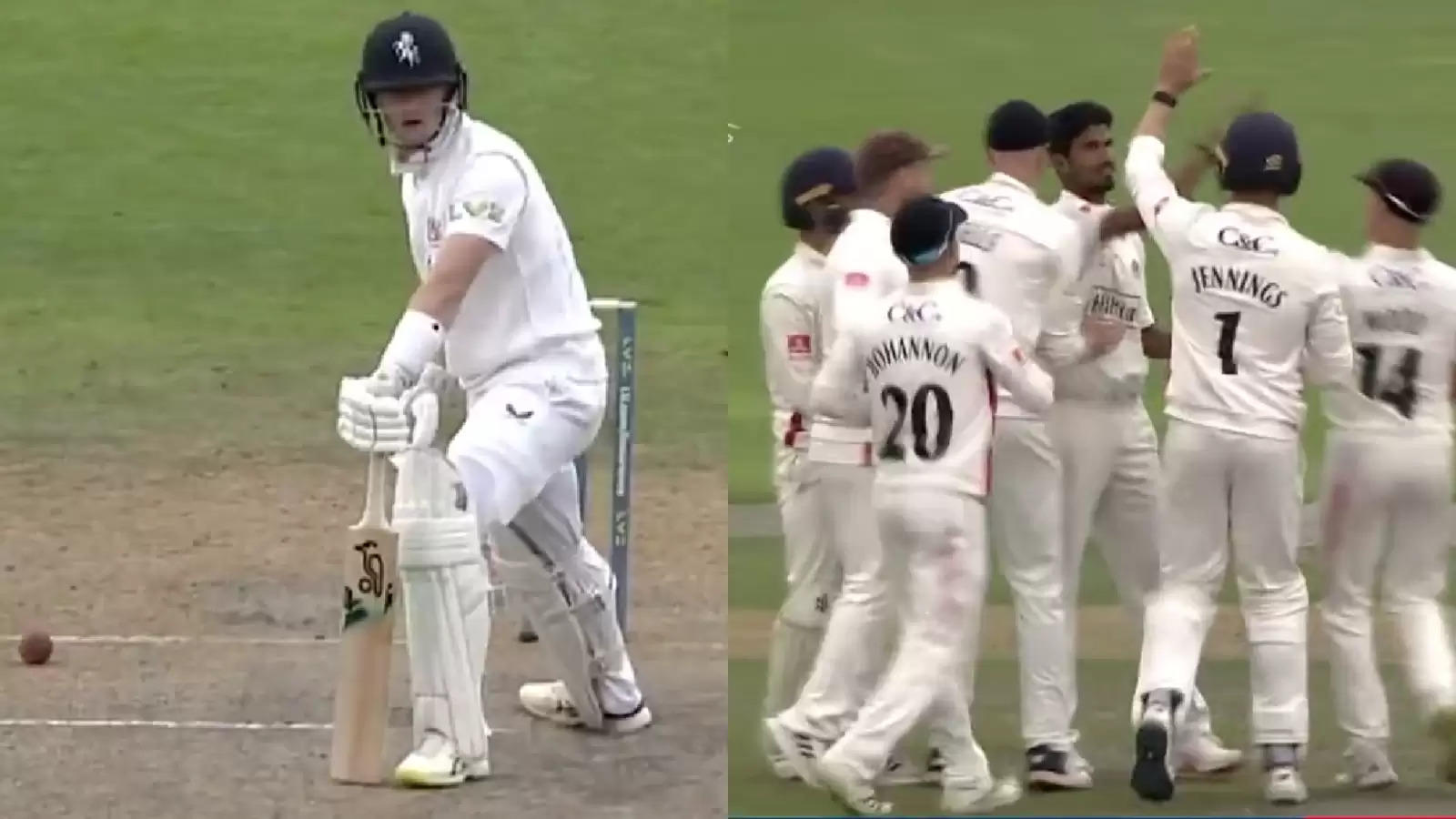 Sundar had bagged a five-for on his County Championship debut for Lancashire last week.

Washington Sundar is making a mark in his debut season at the County Championship with Lancashire, with the team closing in on a win in their ongoing Division One fixture against Kent at Old Trafford.

On Thursday, Sundar produced a perfect off-break to breach Jordan Cox’s defence and castle the right-hander for 1 as Kent slumped further in their run-chase of 312. The all-rounder pitched one on a length, slightly on the fuller side, outside off stump, and the batter pressed forward for defence.

However, the ball turned in sharply to sneak between the bat and pad, and took the top of off-stump, much to the hosts delight and the batter’s disbelief. It was Sundar’s second scalp of the innings, after he had dismissed Kent skipper Jack Leaning caught behind for 15 earlier.

Earlier, Kent had bowled out Lancashire for mere 145 after opting to bowl on the opening day, with New Zealand speedster Matt Henry (5/45) and India’s Navdeep Saini (3/63) doing the damage.

Leaning (90), Grant Stewart (64*) and Joe Denly (59) helped Kent to get a 125-run lead in the first innings, with Tom Bailey (6/64) leading Lancashire’s bowling in an innings in which Sundar went wicketless.

Lancashire then responded with a solid 436/9 declared in their second dig, with Josh Bohannon (134), Luke Wells (98) and Rob Jones (65*) being the leading contributors.

Sundar had bagged a five-for on his Lancashire debut against Northamptonshire at the Northampton Cricket Ground last week. He backed that up with a valuable 34* in the fourth innings, adding an unbeaten 69 with Will Williams (29*) to see his side home by four wickets in a 278-run chase.

Lancashire are currently placed third in the Division One points table with four wins and 156 points from 10 completed games, after Hampshire (193) and Surrey (187), while Kent, having won two games and lost three, are sixth in the 10-team chart with 109 points.