Making his County Championship debut, Washington Sundar got off the mark with ball in hand.
By Kashish Chadha Tue, 19 Jul 2022 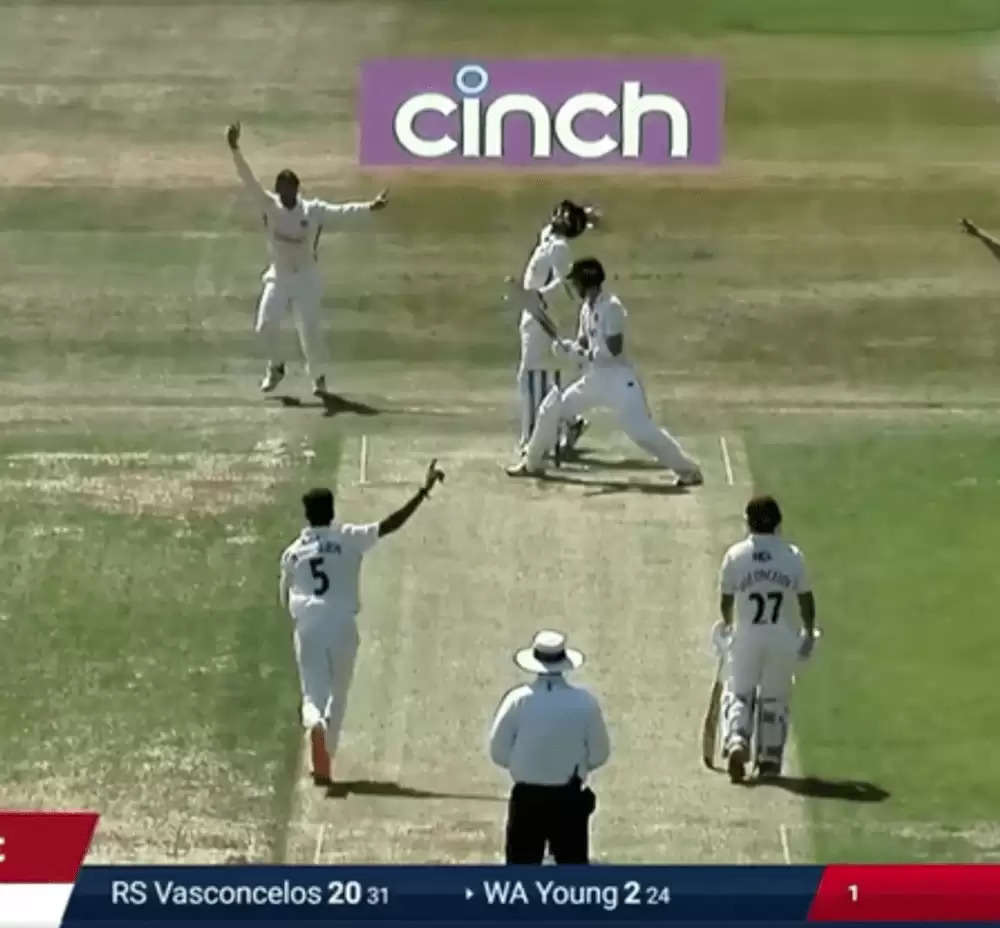 Hoping to rejuvenate his playing career, Washington Sundar is in UK on a county deal with Lancashire.

Indian allrounder Washington Sundar is in England after a lengthy layoff to try and rejuvenate his playing career with a county stint with Lancashire.

The young Tamil Nadu player is making his return to competitive cricket after an injury-forced absence from the game and will be turning out for the red roses in the County Championship and Royal London One-Day Cup.

On Tuesday (July 19), Sundar began his championship stint with the prominent county club, registering his maiden Lancashire wicket with the scalp of Northamptonshire opening batter Will Young.

Playing the Division 1 fixture at the County Ground in Northampton, Washington Sundar got Young out playing outside the off-stump on one that jumped and drifted every so slightly to induce the right-hander's edge.

Introduced as first-change by Lancashire, Washington Sundar got Young out at the beginning of the 10th over in the Northamptonshire first-innings.

Imparting his natural drift away from the right-hander at a skiddish pace, Sundar induced the outside edge off another right-hand batter's willow and had him safely falling into the hands of the wicketkeeper.

It didn't look like a special delivery but had just enough going for it to take the edge while Young went about trying to sneak the ball through the field via an extravagant cut shot.

The moment keeper Dane Vilas grabbed hold of the ball, one could see the delight on the face of Sundar, who picked up his first wicket for Lancashire on only his second delivery of the stint. The cricketer instantly joined his teammates and kicked off the celebrations.

A first @CountyChamp wicket for @Sundarwashi5 with just his second ball! 👏🇮🇳

Rated highly as one of India's brightest young talents, Washington Sundar has had untimely Covid bouts and a string of injuries halting his progress. The 22-year-old last turned out for India back in February during the ODI series against the West Indies.

As India gear up for the T20 World Cup in October-November, Sundar is in race against time to resurrect his fitness and overall game and reinforce his presence in the set-up.

After missing out on the game since the end of IPL 2022, the spin allrounder will be hoping for a fruitful county stint with Lancashire.